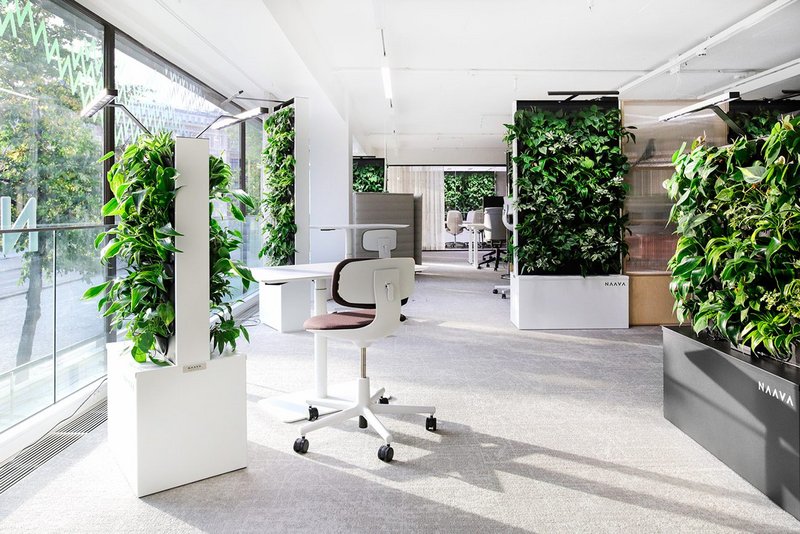 If Covid opened many peoples’ eyes to the more amenable lifestyle of home working, office owners are under increasing pressure to find ways to tempt them back in and green walls could be part of the solution, if the latest research is anything to go by.

A study by scientists in Finland has, for the first time, linked exposure to living green walls with improved skin integrity and enhanced immunity against pathogens and allergens.

Carried out as part of the ADELE 2 (Immune Defence and Living Environment) project between Natural Resources Institute Finland (Luke) and two major Finnish universities, the study exposed workers to offices fitted with ‘air-circulating’ green walls. The results are published in the journal Scientific Reports.

Researchers observed a notable increase in the number and diversity of friendly bacteria on workers’ skin at the end of the 28-day study, compared to a cohort of workers in a control group. Friendly micro-organisms have been shown to improve skin health by boosting immune system responses and helping fend off pathogens and inflammation, leading researchers to conclude that ‘air-circulating green walls may induce beneficial changes in a human microbiome’.

Laura Soininen, a PhD student from the Nature-Based Solutions research group at the University of Helsinki, said: ‘According to the biodiversity hypothesis of health, the loss of biodiversity and decreased exposure to diverse microbial communities in cities contributes to an increase in immune-mediated diseases, like allergies and auto-immune diseases …Demonstrating that the immune system can be stimulated by indoor vegetation at work could encourage more related studies and increase the focus on increasing biodiversity in cities, including indoors.’

The study set out to evaluate the impact of air-circulating green walls, provided by local specialist Naava, on bacterial abundance and diversity on human skin, as well as on immune responses as indicated by blood cytokine measurements. 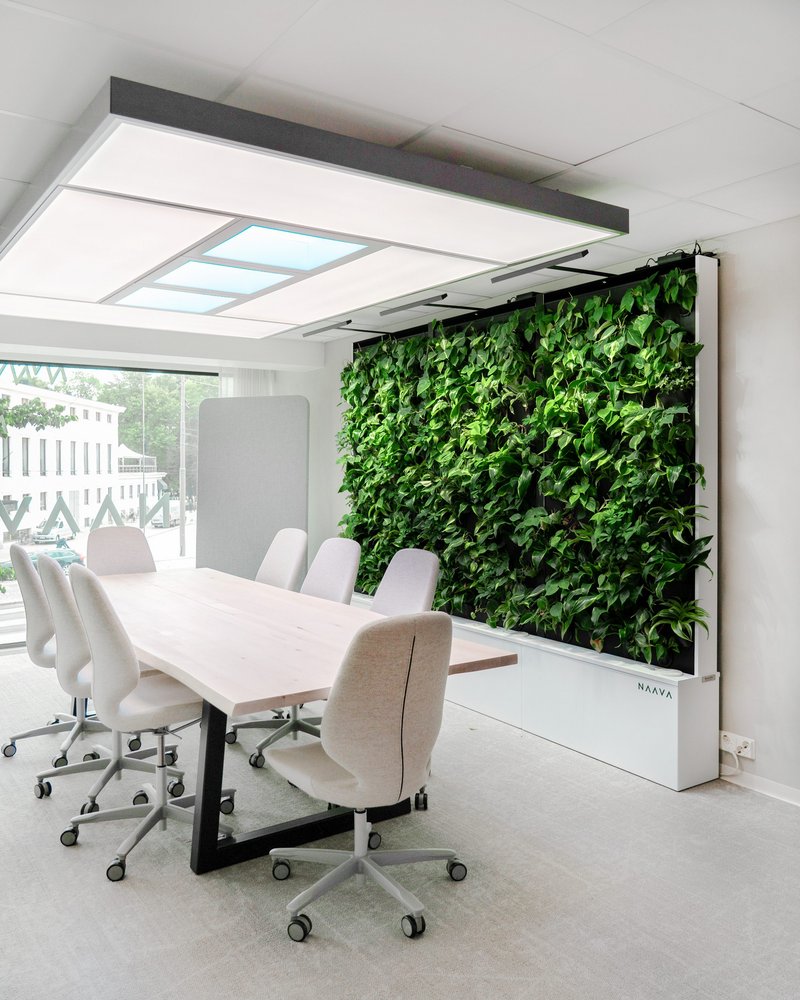 Air-circulating green walls work by first absorbing indoor air through plant roots and a soilless substrate, then automated fans circulate the air back to the room. As indoor air passes through the green wall, volatile organic compounds are removed through biofiltration by microbes, plants and the growing medium.

A total of 28 study subjects at offices in two Finnish cities were randomly divided into two treatment groups, the first ‘experimental group’ was exposed to green walls, the second was a control group without green wall exposure. Skin and blood samples were collected before the study started, on day 14 and on day 28.

Summarising the findings, researchers said the relative abundance of lactobacillus, a bacteria known to act against pathogens and inflammation on skin, and of proteobacteria and gammaproteobacteria, both normally higher among healthy people than those with immune-mediated diseases, increased in the experimental group.

Furthermore, Proteobacterial diversity was connected to lower pro-inflammatory cytokine levels among experimental group participants in one of the two cities.

According to Aki Soudunsaari, co-founder of Naava, factors that architects often fail to consider when specifying green walls include an undue emphasis on aesthetics over human wellbeing.

‘Green walls should be as close to people as possible and in the spaces where people spend most of their time,’ he said. ‘Locating them only in lobbies and corridors restricts the health benefits, such as the closeness of proximity to real nature, naturally purified air, healthy microbes, and better acoustics.’

It's also rare for architects to consider double-sided green walls or green wall-whiteboard combinations as space dividers in modern offices, he adds – a key consideration as flexibility and multifunctional space become more important.