In rationalising the design of pipework, Hilti and Polypipe have come up with a product that increases valuable floor to floor space in a building 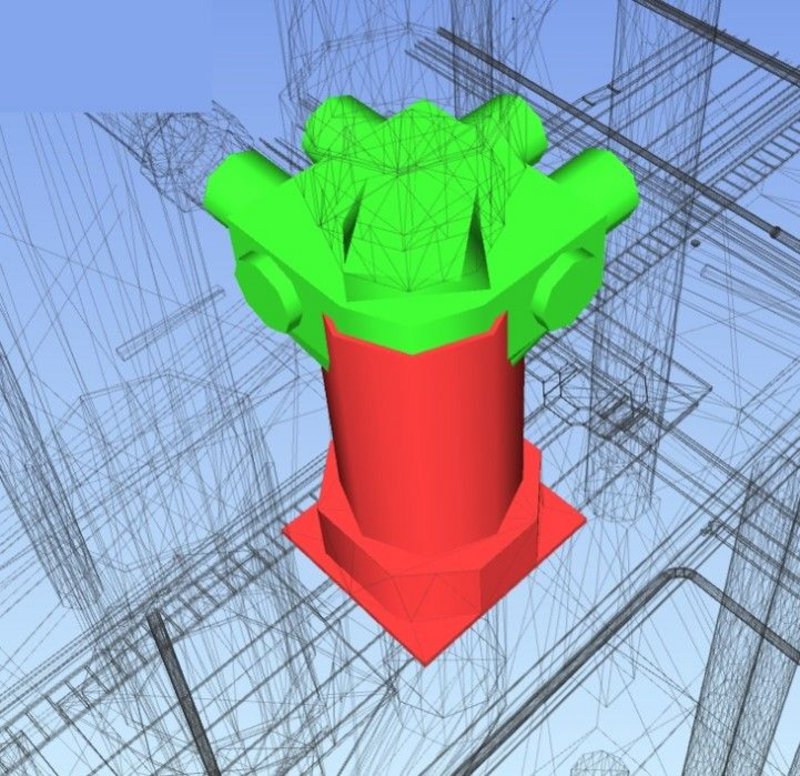 Seldom, if ever, do manufacturers promote reduced use of their products as part of their sales pitch. But that seems to be the case here, driven by continuing product development initiatives between Hilti’s Fire Protection Business Unit and plastic pipe manufacturer Polypipe Terrain. The latest development is the recessed manifold, which offers not only better fire protection interfacing between products on developments but arguably real space savings that could yield benefits in both plan and section. That’s all good news for the client, particularly in urban centres where land values are at a premium.

As previous articles have pointed out, architects have seen tangible benefits with Hilti’s CFS-CID cast-in fire collars into slabs, both in terms of terms space and programme time savings. Hilti technical product manager Marco Arreghini re-states the drivers that led the firm to develop the product – on top of meeting the stringent EN-1366-3: 2009 (Fire resistance tests for service installations). It also, he says, yields significant reductions in installation time, with no need to form and then backfill slab openings and no need for formwork and requisite storage. But Arreghini goes further. It’s being cast in that makes the fire collar so robust, bringing ancillary benefits.

‘When talking about drainage, pipe acoustics is a major concern, especially for high-end residential and hotel developments,’ he says, ‘The cast-in detail and its sealed-in nature helps deal with airborne and structural acoustics.’ But, he says, it’s was also recent changes to the cast-in device’s rectangular base plate detail, with its male/ female connectors, that meant not only could more devices be linked together but that the spaces between pipes could be halved from 105mm to 52mm. ‘The implications of this increased slab area are being picked up on – especially on expensive London projects where any space saving is taken seriously.’

History proves that the best ideas stem from the greatest challenges – and as Polypipe terrain market development director Phil Henry explains, it was no different here where a problem led to the development, between the two firms, of Hilti’s latest firestop innovation. Henry recalls the Aldgate high-rise project where the installation of standard CFS-CID devices had knock-on effects for waste drainage connections  to vertical  stacks, affecting the level above and below the slab at which pipes fed into it.

‘We found that taking pipes directly out of the soffit meant we were compromising valuable floor to floor space that we were in no position to lose,’ explains Henry. The need to overcome it led to the development of their innovative recessed manifold , which sinks the collar outlet 75mm into either the top of the slab or its soffit. The detail was critical, he thinks: ‘Having previously lost space in the pipe return and fall, the recess for the cast-in device that we developed in conjunction with Hilti meant that  waste pipe connections can be installed into the side of the manifold above the slab, saving valuable space in section.’ 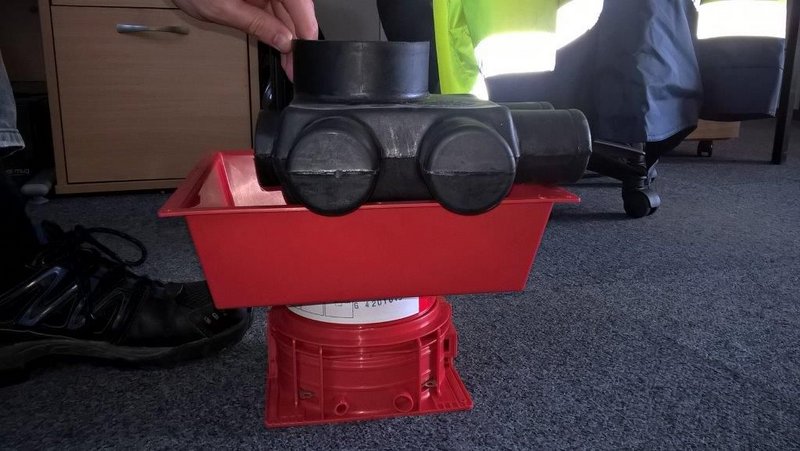 But while Henry acknowledges that creating additional area was ‘one of the main drivers’, it was also consciously about design rationalisation. Polypipe had been experimenting with ways of minimising vertical pipe runs by developing details that reduced ventilation pipes to stacks using a Terrain PAPA unit. ‘Air movement is fundamental to making the stacks work correctly and, therefore, to good drainage; and as you move towards the building’s base where pipes collect, changing the detail allowed us to reduce the number of ventilation pipes,’ Henry explains. And that had a knock-on effect for Hilti – it reduced the number of cast-in devices needing to be fitted to run them through. Henry points out that it was a no-brainer: ‘It not just about freeing up space in plan and section – the technical collaboration has meant that the specification of both company’s products has been reduced- so in a way it’s a form of value engineering.’

So, does it ultimately mean that these space-saving benefits can be formally quantified? That’s certainly the intention of Polypipe’s Henry, who’s in discussion about this with quantity surveyor firm Turner & Townsend, but it seems he’s caught between a rock and a hard place when it comes to accounting for the small areas that the innovation releases. It’s not helped by the fact that property areas are measured differently everywhere in the world, explains RICS’ director of technical standards Alexander Arohnson. ‘The problem is not how – but what – we measure. As it stands, area measurements can vary between nation states by as much as 27% for offices and 57% for residential. Indeed, the variations are so extreme that Arohnson is on a panel trying to set up an International Property Measurement Standard (IPMS) protocol to formulate a globally recognised standard as a ‘component-based’ system.

But given the breadth of the area discrepancies he’s outlined, is it any wonder that the wins Hilti and Polypipe realised might get lost? It transpires that small service riser areas are discounted under International Construction Measurement Standards (ICMS) anyway. ‘When it comes to risers, a 0.25m2 dimension is considered a minimus under ICMS,’ Arohnson says, ‘It’s included as a value in the total interior area of the building but it’s defined as a space whose nature can change so for the purposes of measurement there’s no distinction made in the overall area calculation in plan for these riser penetrations.’

This fact will come as cold comfort to Polypipe and Hilti, understandably keen to monetise the leverage of their innovations. So perhaps, instead of in plan it might serve them better to concentrate on the cumulative benefits those incremental wins generate in section. ‘If you can release 75mm in the CFS-CID device’s manifold detail with the pipe elbow, that means over 50 storeys you could get an extra floor into a high-rise tower without any increase in overall height,’ Hilti’s Arreghini concludes. Now, realised on a piece of prime London real estate, what’s the value of that?