The ‘cheapest is best’ mantra flies in the face of fire safety, and architects must take the lead in opposing it 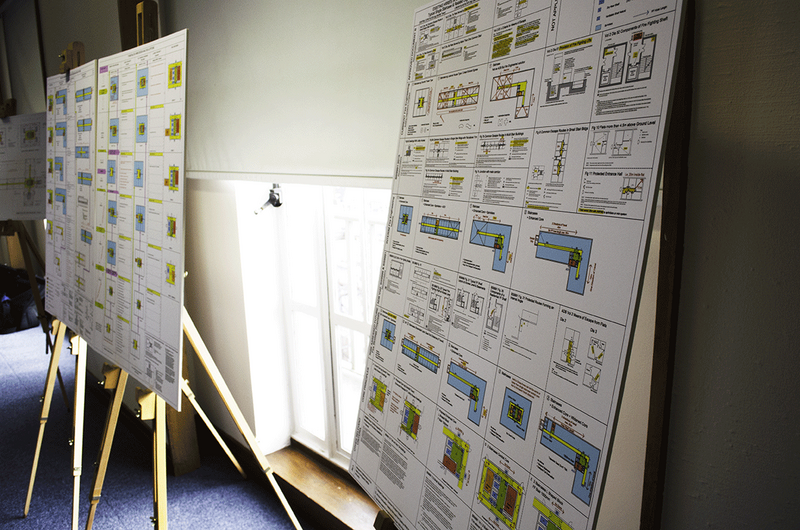 Many hours, weeks and months of work are going into strengthening the processes and practices around fire protection in residential buildings in the wake of Grenfell. The RIBA and others in the construction industry are working determinedly to drive change for the better.

The conference ‘Raising the bar in passive fire protection: The evolving role of architects post-Grenfell’, hosted by the RIBA Journal in association with Hilti, debated the thinking and responses emerging from the RIBA’s expert advisory group on fire safety. The RIBA’s efforts to promote change through the fire safety overlay to the RIBA Plan of Work and improved fire safety training for architects are taking place against a broader backdrop. Martin Moore-Bick’s Grenfell Tower Inquiry continues, the findings of Judith Hackitt’s independent review are being implemented and the government has consulted on reforming England’s building safety regulations.

While that consultation, issued in June, was welcome, there remains a pressing need for baseline standards, said Jane Duncan, director of Jane Duncan Architects and chair of the RIBA expert advisory group. ‘We need good, prescriptive information to keep people safe in buildings,’ she stressed.

At the same time, Grenfell raised fundamental questions about leadership and the roles of architect and client. Architects must be willing to take on the principal designer role, said Duncan, and to take a lead on fire safety. ‘If architects are acting as lead designers, then we need to step up,’ she urged. Mandatory continuing professional development (CPD) in life and fire safety, with five-yearly testing, is also on the horizon for architects, while students will see fire safety on their curriculum in future.

The mantra that ‘the client is always right’ has been found wanting. ‘We’ve been in the grip of developers who have wanted least cost,’ said Duncan. ‘We can’t have the culture change that Judith Hackitt sets out without a prescriptive approach. Lowest cost is embedded in our industry.’ That point was echoed by Niall Rowan, chief executive officer of the Association for Specialist Fire Protection (ASFP). ‘Unfortunately the culture in the construction industry is that cheapest is best, with businesses thinking, “If I don’t do it, I’ll lose the contract”.’

However, Richard Hull, conference chair and professor of chemistry and fire science at the School of Physical Sciences and Computing, University of Central Lancashire, called for industry to act with urgency. ‘We can’t wait for the Ministry of Housing, Communities and Local Government (MHCLG) to address this,’ he said. ‘It seems the insurance industry is moving ahead to get rid of combustible cladding and it is a question of what you as professionals can do.’

‘Making the complex comprehensible,’ is how Paul Bussey, technical design lead for fire and CDM at Allford Hall Monaghan Morris (AHMM) and member of the RIBA expert advisory group, summed up his work. He cited numerous examples of an over-complicated regulatory system, where regulations have become so diluted over the years that they are now ‘so vague they are not fit for purpose’. 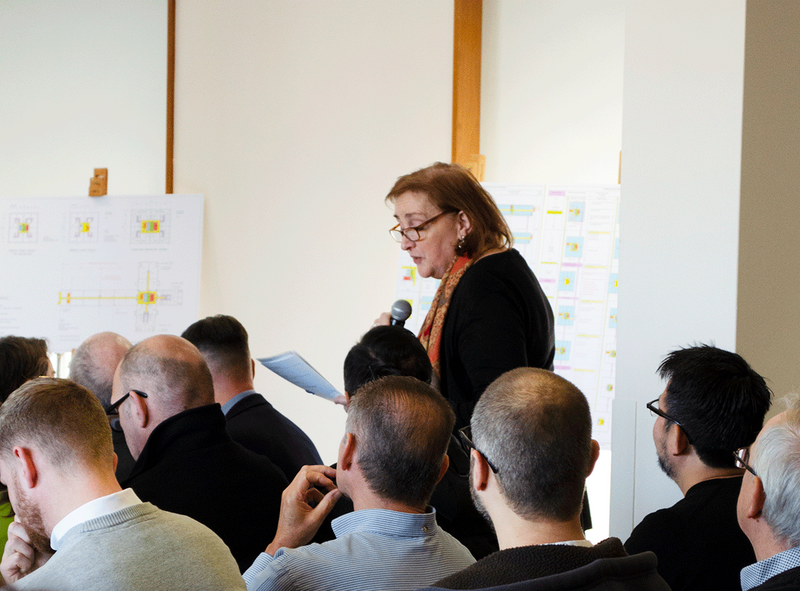 Following Grenfell, attention has understandably centred on cladding, but passive measures such as compartmentation and active systems are being reviewed. ‘We’re looking at the layers of safety in a building,’ Bussey continued. ‘Should there be a fire safety manager, at what height should you have a second staircase, when do you put in sprinklers? We could do with some prescriptive legislation on the key issues.’ And for all of these questions, there are debates to be had about acceptable responses and risks. ‘We’ve been told by MHCLG that we need to do what’s right, but that has raised the question of “what is right?”,’ said Bussey.

Attendee Emma Dent Coad, former MP for Kensington, whose constituents included Grenfell Tower residents, also said political impetus was needed. ‘We have a lack of regulation and enforcement and so are relying on the goodwill of developers,’ she said, adding that parliamentarians lacked in-depth knowledge of the issues. ‘In Parliament there are very few built environment experts, so I would urge people to get involved and lobby their local MPs to address concerns about building safety.’

Greater clarity is being brought to roles, responsibilities and deliverables through the RIBA Plan of Work for Fire Safety – a direct response to Dame Judith Hackitt’s call for greater transparency, accountability and collaboration. The Hackitt review’s recommended ‘golden thread’ of information running all the way through a project is being woven comprehensively through the RIBA work stages, with fire safety design and construction processes and design sign-offs.

Bussey also highlighted the need to introduce warning symbols on documentation and specifications to indicate materials, installations and systems that should not be value engineered and substituted. Alastair Brockett, firestop engineer at Hilti, pointed out that architects could be acting to limit the risk of value engineering resulting in detrimental substitution. ‘Often specifications name a product, and then add ‘or similar’,’ he said. ‘Architects need to be aware that ‘similar’ does not mean a product will give the same performance. Specifications should be using the wording ‘or equivalent’ instead.’

Proprietary products and systems can also help bring consistency to construction. Hilti has been working to develop dry firestop solutions, which both suit today’s prefabricated construction approaches and allow installations to be checked and inspected. ‘We’re moving away from the potions and lotions that relied on the skill of an installer when putting mastic around a pipe,’ said Brockett. ‘Fire safety all too often gets passed to other trades, so ends up being done by carpenters as part of a joinery package, for example. It should be taken more seriously as a designed package in its own right.’

Addressing the issues raised by Grenfell and other residential building fires requires work on many fronts, but the industry is now plotting its future course; and as one comment from the floor noted, it may be one, in the interim, driven more by the indemnity demands of building insurers than by legislation itself.