Snøhetta’s brightly coloured facades get this building noticed, but it’s the insulation to keep people warm and fish cold that really makes it work 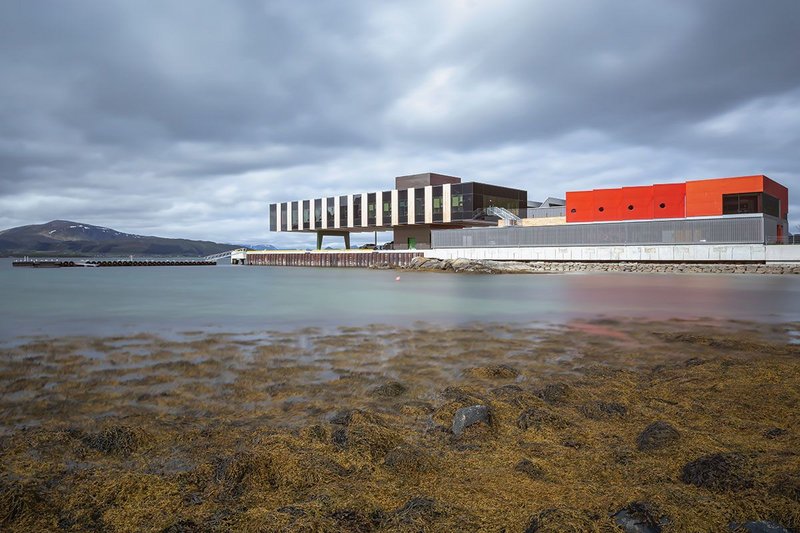 View of the south elevation from the shoreline: modern volumes inspired by the traditional vernacular. Credit: Stephen P Citrone

Rugged snowy mountains and icy reflective waters make a beautiful backdrop for fishermen working in the archipelago of Vesterålenin in northern Norway. But in the winter, when the daylight all but disappears and grey clouds fill the sky, a splash of bright colour on the horizon helps guide them home.

Fishermen’s houses in the region are traditionally colourfully painted, and now so are the sleek metal facades of Holmen Industrial Area, designed by Norwegian practice Snøhetta – a collection of four fishing buildings located on the eastern side of Sortlandssundet.

The complex brings together buildings for trawling, fish farming and fish processing, plus a new corporate HQ for the shipowner client Holmøy Maritime. A separate guest house provides a temporary base for employees working extended shifts at sea or on land, many of whom live many miles away near the company’s old base in the small town of Scortland.

Fishing is a one billion dollar business in Norway and the sophisticated 6,000m2 hub will support local aquaculture by servicing a deep water quay connected to the Norwegian Sea.

The colourful buildings had to strike a delicate balance that did not impinge on the impressive natural landscape, explains Knut Tronstad, senior architect at Snøhetta: ‘They are a bright focal point with clear colours and simple geometric shapes that are easily recognizable from a long distance by boats coming home after three weeks at sea,’ he explains. ‘To protect the surrounding landscape, we huddled them together on a clearly-defined footprint, similar to traditional Hanseatic brygge buildings (dockside commercial buildings), with the quay in front and a traffic area for trucks to the rear.’

The father and son company has been located in the region since launching its first small boat in the early 70s, but as the operation expanded over the years it grew out of the available space in Scortland.

Snøhetta carefully mapped the logistics of the new facility, including the fish handling process from net to freezer to ship, to optimise conditions for safe production and to ensure comfortable conditions for employees.

The industrial typology reflects the need for robust and durable materials in the harsh conditions, while avoiding unnecessary architectural flourishes or structural gymnastics. All the buildings are supported on regular steel frames with concrete floors and ‘straight forward detailing’, apart from the office, which is cantilevered from its entrance stair tower on a box truss beam at one end, and two concrete columns at the other. As a result, the block appears to hover over the quay.

‘The office was raised to improve views across the fjord, especially when a large boat is moored at the quay, to give improved sightlines and a sense of safety above the heavy goods traffic below,’ says Tronstad.

Corrugated metal was historically used to protect old barns and coastal brygge in northern Norway and here a ‘sharper version’ of the typical sine wave shape covers the elevations of various buildings. It contrasts with other elevations clad in flat Alucobond panels in spectral colours that vary in response to light and reflections.

The curtain wall system on the office block features ribbons of slatted Heart pine that wrap around the underside. The wood will turn slightly grey over time to add warmth and texture. Large windows maximise daylight, reducing the need for artificial light and heating. Light ash and birch woodwork are also used inside, juxtaposed against the exposed steel structure that is painted bright green.

To protect the surrounding landscape, we huddled the structures together on a clearly-defined footprint, similar to traditional Hanseatic brygge buildings

The low-slung rectangular massing of the buildings was conceived to camouflage boat and truck traffic shuttling between the facility, the sea and the mainland. Efforts to blend the complex into the location also include a small park for employees and visitors, created with surplus excavation from the site, where local vegetation and birch trees will be grown.

Involvement with local people and trades was also key, says Tronstad: ‘For Snøhetta, the project has been an adventure exploring a relatively new region where we have not built much before. We have come to know people, local firms and craftsmen who are skilled in all they do, used to rolling up their shirt sleeves and finding solutions to problems.’

Sortlandssundet might look chilly in photos, but its location on the Gulf stream makes the climate relatively mild for the latitude. As a result, design specifications for insulation did not have to exceed Norwegian building standards, apart from in the raised office building where the exposed underside required two extra layers of rigid insulation.

Sun beats down on the complex during the long bright summers, so extra protection was required on the freezing terminal, the large yellow and grey building at the centre of the development. The facade is enclosed in an additional layer of corrugated metal sheeting, with an air gap underneath. Perforations at the base extend up to 2m and an opening at the top allows air to circulate. Behind the perforated section, LEDs illuminate the facades in winter.

The windows and sides of the freezing terminal are printed with a graphic pattern developed by the architect. Inspired by fish scales, it also features in Holmen Industrial Area’s new corporate logo.

The bright red, orange, yellow and green buildings provide a welcome sight for weary fishermen returning home, but the colours also function as a way-finding tool within the complex, extending into the interiors. Their main purpose, however, was to react with changing light conditions – from December to January the area is enveloped in a distinctive blue darkness, while in summer the 24-hour daylight is muted by near-constant rain clouds – and  create a playful contrast with the surroundings. The building drops bright splashes on a canvas that has existed for millennia. 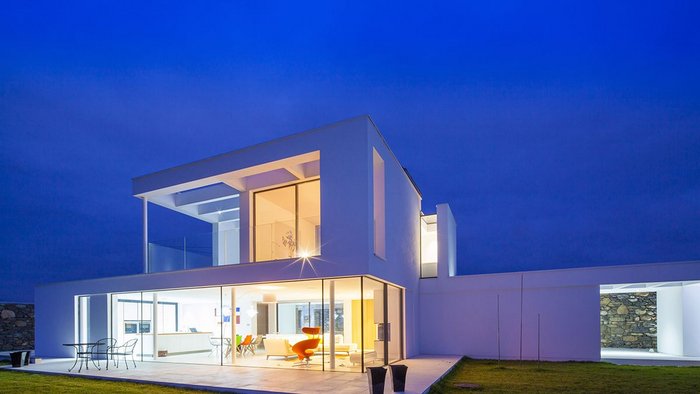 In association with Kingspan 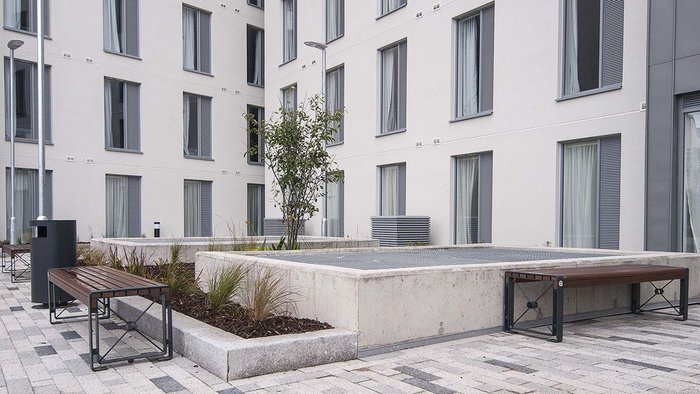 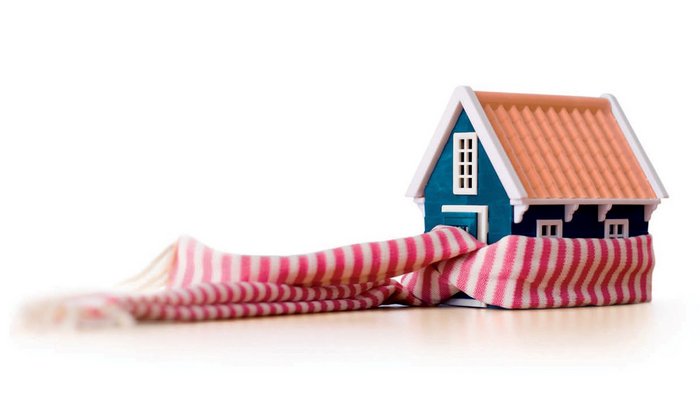 In association with Fassa Bortolo