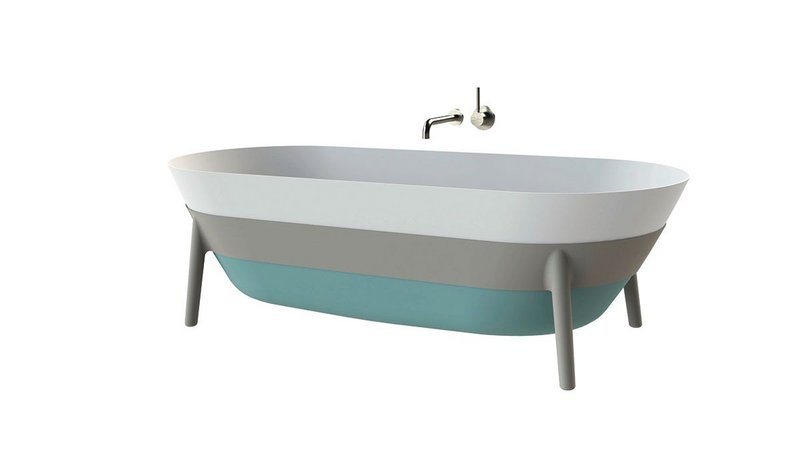 It might not be in line for a telegram from the Queen, but that’s not going to stop German bathroom products manufacturer Kaldewei from pulling out
all the stops (as opposed to the plugs), to celebrate the 100th anniversary of its founding in Ahlen, Germany this year. In that Teutonic drive for precision over the decades, it has secured itself, its PR material states, more than 150 design awards, which has seen its products mixing it with the best in the industry. The confidence this has inspired has made Kaldewei bold too; take, for instance, its collaboration with Studio Aisslinger on the Tricolore Aisslinger bath. The result is a curious smashing together of a what seems to be a Memphis sideboard with the historical archetype of the claw hammer bath. How could an idea so wrong produce something that looks so oddly right?