Last July, RIBA Journal and steel lintel manufacturer IG Lintels ran its ‘Spanning Suburbia’ competition, challenging readers to design a suburban home which fits the changing needs of contemporary families. It asked architects to re-evaluate what it means to live a suburban lifestyle today and to interrogate the concept of suburbia itself.

Last month we ran an open critique between judges and winners, to learn more about their inspirations and to further the discussion about an appropriate architecture for suburbia.

‘Suburbia both fascinates me and makes me recoil in disgust’, proclaimed Spanning Suburbia winner Tom Atkinson. An inflammatory statement, but one which illustrates polarised attitudes. While most people in the UK live in suburban settings, seeking affordable comfort, convenience and community – and compromise – others, certain urbane architects included, balk at life spent in Metroland.

In Atkinson’s view, overlooked suburbia can become ‘a new battleground for good design’. At a time of housing, economic and environmental crises, architects – equipped with design nous and modern technologies – are perfect to solve key problems.

One solution to our demographic issues, said Atkinson, is increased suburban densification and flexible architecture to facilitate it. His winning design, Villa Trio, addressed these concerns at neighbourhood level: homes with a small footprint are envisaged in a tessellating arrangement to maximise density. A fixed range of arched-lintels allow the semi-detached units to be adapted at ground level to mixed use; these vary according to individual need – garages, flats or shops – but their appearance is standardised along the street. His design won praise for recognising social complexity, and, said Kucharek, for ‘accepting the prosaic nature of suburbia and working with it’.

This appreciation of the need for adaptability in the days of the ‘sharing economy’ finds its way into several of the designs. Andrew Drummond’s Suburban Loft has an independently-accessed wing intended for use as Air BnB accommodation or as a ‘nanny/manny/granny flat’. In Selencky Parsons’ Villa Me!, flexible living and sleeping arrangements are informed by research into individuals’ needs for privacy and social interaction in the home. The result is suitable not just for nuclear families but also for house-shares, suiting the mentality of ‘a group of people who decide, ‘if we can’t individually get on the housing ladder, why not all club together and get a mansion’, observed Atkinson of the design.

‘Families evolve, kids don’t necessarily move out, older relatives move in’, says Parsons. Many existing suburban houses comprise a sequence of isolated rooms, and people retreat to their bedrooms as the only place to ‘pin their identities’.  Villa Me!’s adaptable interior layout turns this situation on its head. ‘What we hear from many of our clients is that they want spaces which allow the family to be together while individuals are doing their own thing…we looked towards creating that sense of cohesion’, explained Sam Selencky.

Villa Me! both confused and amused the judges with its eccentric exterior. The deliberate use of as many arched lintels as possible drew unusual comparisons to ‘Sir Basil Spence on acid’ and MVRDV’s Dutch Pavilion at Expo 2000. ‘We wanted to see how far we could take it’ said Selencky. ‘The site we chose is a genuine road where most of the houses are gated and feature porches with Doric columns…we wanted to nod in the aesthetics to what people like in the area but in a way that they probably wouldn’t like.’

Selencky’s point that ‘there is a pastiche element to suburbia which we wanted to have fun with and play with’ borders on the postmodern; and an equally tell-tale postmodernist influence asserts itself in the ‘super-ornamentation’ of Kenneth Fraser’s Dovecote House –  admired by judge Taro Tsuruta. Elaborate pargetting on the gables, and oversized elements such as overhanging eaves and circular picture windows, reference the popular code while adding an element of theatricality. In Fraser’s view, ‘postmodernism, as expressed through ornament, is a relevant discourse again, which it hasn’t been for the last 20 years’.

The competition environment turns out to be a perfect setting for further witty (or wicked) experiments on what exactly is imagined of, and permissible in, a suburban home today – as Andrew Drummond also found. He admitted to being ‘a bit cynical’ with his entry, deliberately layering on features that estate agents would love to market. Suburban Loft is a slick, Louis-Kahn-inspired ‘Grand Designs bucket-list’ home, embracing suburban artifice and reinterpreting familiar features to appeal to modern urban tastes. Tudor beams give way to exposed steel lintels in a sort-of faux industrial warehouse conversion. ‘Estate agents love a master suite’, he quipped – and of course there’s a swimming pool.

Crucially, by consciously pandering to homeowners’ materialistic fantasies, Drummond highlighted the enduring nature of suburban aspiration. ‘I imagined what Jeremy and Margo from 70s sitcom The Good Life would have been like today, based on a caricature of myself and my friends’, he joked, ‘but I also looked back to my parents’ generation and their hopes and dreams’.

In the original judging, Villa Trio narrowly beat Suburban Loft to the winning position, after the judges had grappled with the moral quandary of allowing self-indulgence to override a social conscience. The issue continued to divide them even after months had passed. ‘There’s certainly an element of ‘I really want it, but should I want it?’, mused Kucharek, thinking of Suburban Loft’s swimming pool. Derrick McFarland retorted emphatically: ‘Of course! I can see myself moving in right away!’ 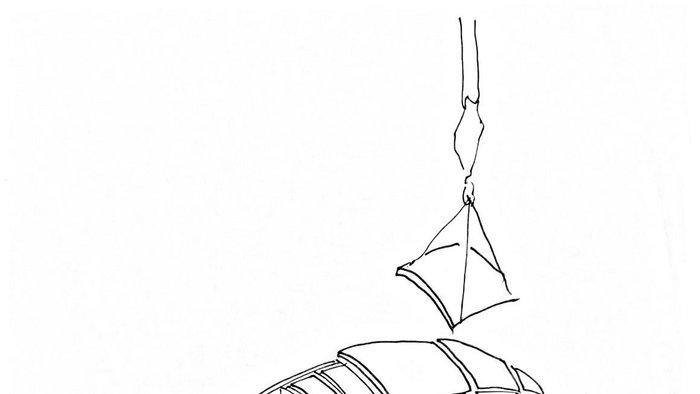