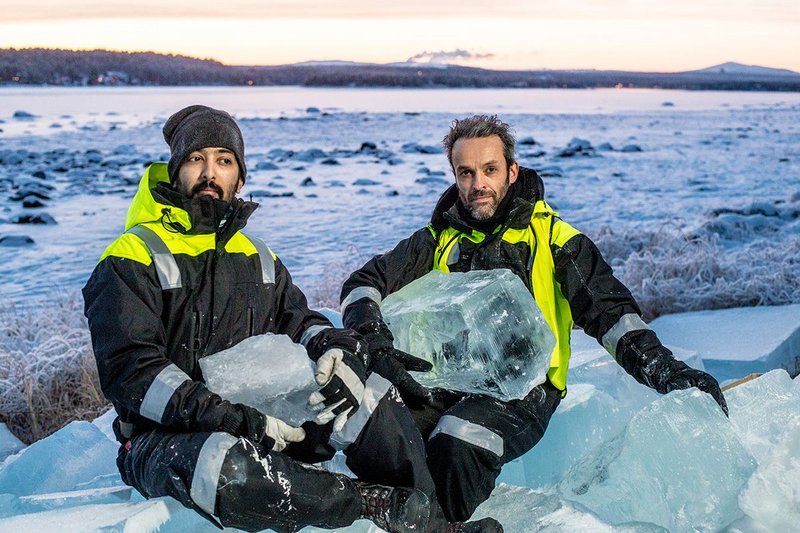 If Father Christmas really does exist, chances are he is planning to relocate from Lapland, where global warming is causing the snow to melt early, making his wrapping paper soggy.

The smart move would be to go to neighbouring Sweden where the Ice Hotel, in Jukkasjärvi, has opened a high tech extension that harnesses solar power to keep its rooms frozen 365 days a year.

Solar panels on the roof of the 1,200m2 building provide enough power to run a refrigerating plant during the summer months, which will keep 20 ice and snow-covered hotel rooms, a bar and art gallery, at a constant temperature of -5˚C.

Technology installed by Swedish firm Solkompaniet takes advantage of that fact that Jukkasjärvi is situated inside the Arctic Circle, where the sun shines for 100 consecutive days and nights during the summer months.

London-based architect Atmos was the brains behind one of the shiver-inducing new bedrooms in the hotel extension. 'Dreamscape' aims to physically evoke the mental journey into sleep and dreams and features a dramatically curling ice stair that widens at the top to become a sculptural four-poster bed held aloft above the floor.

Tentacles of ice emerge from the rear wall of the room to frame the bed and twist downwards to form sculptural columns that plunge into the snowy floor.

The project made innovative use of snow and ice construction, each stacked ice step was carved from a huge 200mm-thick block weighing up to 400kg using vast conveyor-belt chainsaws. Steps widen as the staircase rises and structural ice columns, used to support the staircase, were carved as thin as possible to enable the structure to appear to float in mid air.

The intricate geometry of the stair outline and radiating 'grip' grooves for each tread were cut as a template using a CNC machine. This was used as a guide for the final tread to be cut by chainsaw, then glued, with water.

Atmos director Alex Haw comments: 'During construction, we learned a new tool, technique and process almost every day, and discovered some of the great mysteries and intricacies of this extraordinary material ...I’ve always been fascinated by the idea of architecture as frozen music, here, we have literally been building a frozen architecture, which will slowly thaw and release its melting music – at a rate no one in this world yet knows.' For the sake of Santa’s sanity, let’s hope it lasts to Boxing Day at least.