At the far end of Argent’s King’s Cross development in central London, to the south of the new student housing block, the east of a building site and north of Stanton Williams’ Central St Martins art college, an experiment is in progress. It might not at first look like one; a bank of freshly turned earth, now peppered with thousands of wild flower and grass seedlings, and a path running up through it to reveal a curved pond of clear, silvery-green water, its rippling surface glinting invitingly in the sun. But this is Ooze Architects’ ‘Of Soil and Water’, an art installation cum ‘living laboratory’, a public bathing pond and created urban wetland, that celebrates the interactions of water with the earth and humans that use it as an example of a natural, self-sustaining closed loop. Opening this month, the art installation will evolve, mature and self-maintain in full view of the new community being built around it, in conjunction with its swimmers. A 40m by 10m curved form, running to nearly 3m at its deepest, King’s Cross Pond Club will be the UK’s first public, man-made, naturally purified outdoor bathing pool.

Rotterdam-based Ooze’s enthusiasm for its project is infectious. When PIP met partners Eva Pfannes and Sylvain Hartenberg the firm had spent the last three days planting seedlings that were specially grown in a biodynamic nursery in Germany and driven over in a van from Dortmund. A Cubitt Park community event the weekend before, which drew dozens of volunteers, saw most of them set into the bank, but the main concern at the moment are the crucial plants nestled in the pond’s ‘Regeneration Zone’ – part of a Limnology strategy that will see the water purified by nothing more than filtration and biological processes. If they thrive, they will not only oxygenate the water, but absorb toxic nitrogen and provide a perfect environment for phytoplankton and zooplankton to grow – nature’s own disinfectant.

The Ooze partners’ provenance might belie the strong eco-bias of the firm they started up together in 2003 – Pfannes worked in Zaha Hadid’s and Hartenberg at commercial firm Sheppard Robson. As part of the Relay Arts Programme set up by the King’s Cross Central Partnership to promote arts in  the area, the firm was invited in 2013 to make a proposal for the site with Slovenian artist Marjectica Potrč on the back of the ‘Between the Waters’  project it designed and constructed at Emscherkunst 2010 – a public art triennial in Germany. Here the Emscher canal, which had become an open sewer servicing the mining area, was connected to the Ruhr 80m away via Ooze’s installation. This took raw sewage from a makeshift toilet on the canal side and ran it through natural filtration and cleansing systems to feed a market garden before leading to a single tap on the Ruhr side where visitors could drink naturally cleaned water. Pfannes recalls that initially there was a lot of public suspicion of the highly visible system, with visitors refusing to drink it. ‘People are used to water being chlorinated but it’s a disinfectant and it kills everything, so when we drink it it’s dead,’ she says. ‘But when you turned on the tap at the triennale it had oxygen and cleansing bacteria in it – it was alive!’ This  upturning of preconceptions is what saw the firm invited by Relay Arts to make its proposal for the Pond Club. The architects claim there’s a societal perception of sewage only served by dependence on chemical hygiene and centralised processes, which the Pond Club aims to challenge with new, holistic approaches to waste management.

The art installation will evolve, mature and self-maintain in full view of the new community being built around it – the UK’s first public, man-made, naturally purified outdoor bathing pool

The 600m3 volume of water that the firm installed in conjunction with Austrian natural pool designer BIOTOP through its UK partner Kingcombe Aquacare relies completely on simple filtration, water plants and nutrient mineralisation to keep the water clean. It is designed to deal with 163 bathers daily, but Ooze argues that the pump filtration systems could be done away with if the amount of planted area were increased. Driven by the water quality factors of limnology and hygiene, the pond is divided into three sections – a swimming zone, a regeneration zone and a plant filter marsh zone – to ensure swimmers do not stray into the sensitive plant areas. The regeneration zone comprises Helophite plants like water lilies and Canadian Pondweed that absorb nutrients and transform them into plant mass, as well as harbouring healthy zooplankton and micro-organisms which kill the algae that can contaminate the pool. In the plant filter zone of water mint, Norfolk reeds and marsh marigold, gravel beds provide a good environment for the biofilm organisms that reduce the content of harmful  germs as well as using calcium to bind phosphorous elements (flocculation) while buffering the water’s pH-value and filtering out particulates.

To help maintain the health of the water there are several pumps and filters, including a phosphate one, through which water is circulated via surface skimmers – with the whole volume of the pond run through them every 48 hours. The pool itself, which steps from 1.2m to 2.8m deep, was formed from 120mm thick ‘L-shaped’ recycled polypropylene walls fixed to the ground and sprayed with a thin layer of concrete, over which was laid a geotextile layer. A waterproofing liner was then run over this. It was originally intended to be recycled polyethylene, but was substituted at the last minute by the contractor for PVC as it was easier to install.

Ooze explains that the pond was elevated  as part of the artistic intent – a ‘sleight of land’ rendering the whole body of water invisible from the general level of the park. It also created a bank of earth on all sides, two faces of which required co-ordinating with Robert Townshend, landscape architect for Cubitt Park. The north and east sides meanwhile have been allocated as a ‘pioneer landscape’, with over 4000 biodynamically grown plants hardy enough to deal with poor industrial soils. The firm has split the banks into four areas representative of humid, rich, meadow and forest zones and populated it with nearly 80 different species. It has not concentrated on looks either, but on bringing balance to the soil – producing decisions like having stinging as well as purple and gold nettles. ‘Nettles are important for the soil,’ says Pfannes, ‘They really are healing plants.’

Given the singularity of the intent, it’s a shame that the pond is only budgeted to be there for two years, although Ooze hopes the levels of community interest and engagement so far will auger well for it to become less of an installation and more of an implementation within the bigger King’s Cross landscaping strategy. Ooze meanwhile is eyeing bigger fish – its proposal for a constructed wetland installed in steppes down the slopes of a Rio de Janeiro favela is under consideration by the local government,  with the research funded by the Dutch government.  It’s part of a bigger strategy not only to clean up the Rio slums but to reduce some of the 20,000litres/sec of raw sewage pouring from the city into Guanabara Bay. Ooze is looking at five pilot projects and is getting positive backing from the usually suspicious community leaders there, seeing the work as a way of recognising and legitimising the favelas themselves.

‘As a firm we are keen to connect nature and the urban,’ says Hartenberg, talking animatedly about how waste processing, sewage and landfill have been relegated to the unseen peripheries of our cities. ‘We want to decentralise the processes and make use of nature to deal with the urban environment as it will if it is allowed to.’ It might be small for now, but in the bigger picture, what the firm’s Pond Club represents is anything but a drop in the ocean. 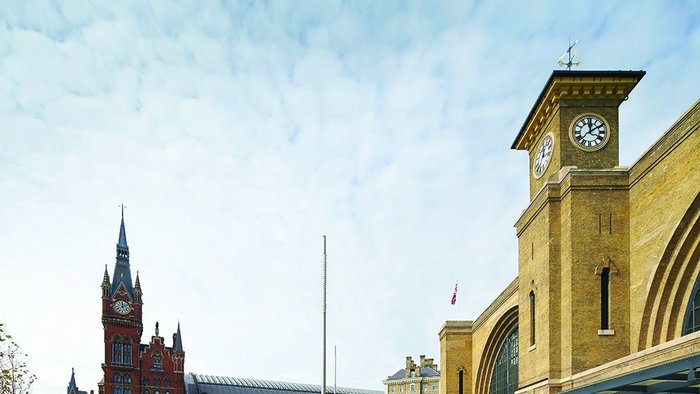 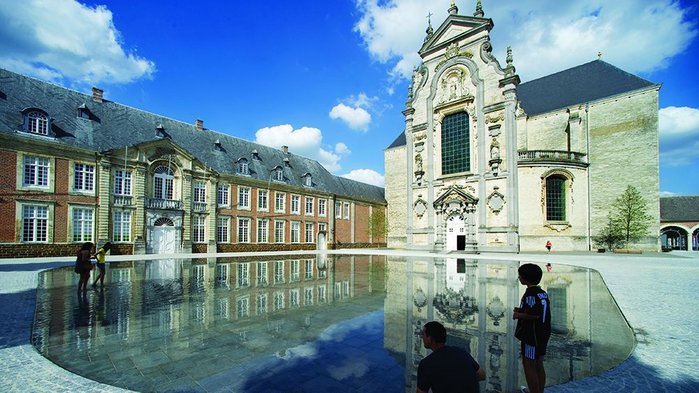 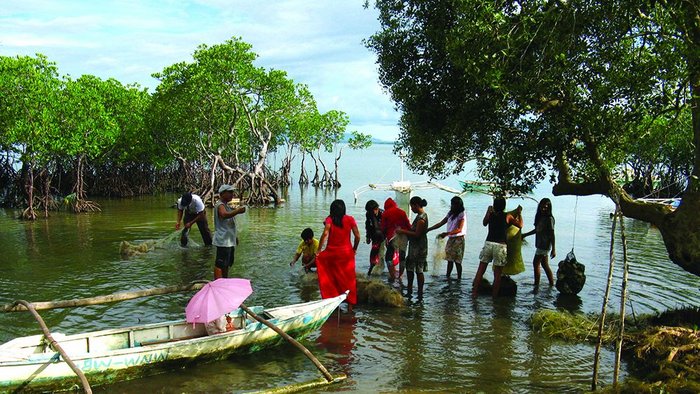