Knitting tends to be associated with either budding fashionistas or grannies in rocking chairs, but now architects and computer coders are using woven textile to perform structural wonders.

It comprises a self-supporting mesh of metal cables and textile onto which concrete is sprayed. ETH used it to build a prototype bridge and a concrete roof in the lab in Switzerland and it then teamed up with Zaha Hadid Architects’ computation and design research group (ZHACODE) to build the first ever ‘real world’ structure for an exhibition at the Museo Universitario Arte Contemporáneo in Mexico City.

The latter is a sinuous double-curved structure called KnitCandela, in homage to Spanish architect and engineer Félix Candela who emigrated to Mexico as a young man. Unlike the prototypes, the mesh is brightly coloured and exposed on the internal surface, to evoke the colourful traditional dress of the Mexican state of Jalisco. The structurally efficient waffle shell was formed by casting pockets in the concrete using standard inflated modelling balloons.

The entire structure weighed 5 tonnes, but the KnitCrete used to form it weighed only 55kg and was carried from Switzerland to Mexico in two suitcases.

Anticlastic geometries are normally prohibitively expensive to make and therefore only used on big budget projects, but ZHACODE claims KnitCrete removes most of the cost of building formwork and support scaffolding as well as the associated labour. The structures can also be very thin shells compared to those with traditional formwork which means less concrete reducing the impact on emissions. And with less formwork comes fewer temporary works and fewer lorry movements.

Steel cables in the net double up as structure and improve the performance of shell, with no additional steel reinforcement required apart from fibres embedded in the concrete for lateral support.

Senior associate at ZHA, Shajay Bhooshan, says: ‘It's very fast to erect; the entire formwork for KnitCandela went up in less than 10 hours of coordinated work, whereas the equivalent timber formwork would have taken at least two weeks. It’s a very scalable technology because all of the intelligence is in the digital design aspect, the execution is very practical and the bigger the structure the more economic it becomes.’

According to Bhooshan, the only limitation is the tight alignment between the specific shape of the structure and the method of making – it’s not possible to build any arbitrary shape. ‘However, we are very interested in technologies that constrain and give rationality to the way we design shapes,’ he says.

The net is designed to settle into its final shape under the weight of wet concrete, based on a series of design and engineering algorithms. An initial layer of form-finding algorithms generates the curvatures based on conditions set out by the designers. A layer of engineering algorithms then works out where the concrete should be applied, how thickly, and the necessary locations and thicknesses of reinforcement cables. It also calculates the tensions required in cables to counter the weight of concrete so it settles into the correct shape.

KnitCandela takes the technology forward from previous iterations, says Bhooshan. The cable net is stretchable and its stiffness can be varied, making possible a wider variety of shapes with more complex cross sections.

It is hoped that a supply chain can be developed to make it applicable on building projects. ‘The only hindrance to widespread application is the lack of a supply chain, which is why we are very much interested in promoting this technology, and others, through our pavilions and exhibitions,’ says Bhooshan. ‘Our buildings are aesthetically and spatially efficient, expressive and fluid. If we can promote innovative technologies to clients, then sooner or later, we think we will see the next scale of application.’ 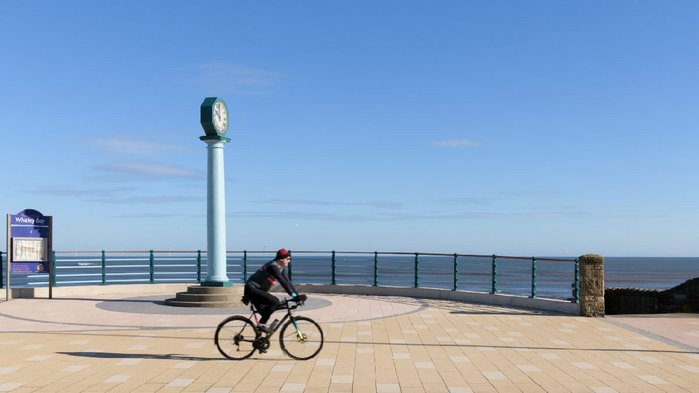 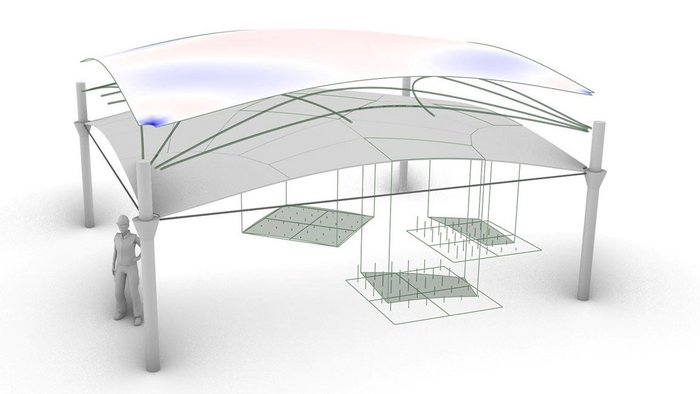