Over the last decade, the line between back-of-house and front-of-house in restaurant kitchens has not so much as blurred as disappeared with the popularity of visible, usually open, kitchens. In tandem with the rise of the celebrity chef, cooking has become theatre with diners positioned – in the case of the chefs’ tables sometimes quite literally – on the front row of the cooking stage. At the Claudio Silvestrin-designed Oblix in the Shard, for example, diners even enter through the kitchen.

The implications for restaurant and kitchen design have been considerable, as previously purely functional kitchens embrace aesthetics as well, and the restaurant experience itself becomes oriented towards the visibility of the kitchen as well as the dishes prepared there.

According to Marco Rebora, founder of the Restaurant & Bar Design Awards, seeing the ingredients and how they are cooked is now a key part of eating out. ‘The kitchen is so integral to the whole experience… Restaurants are so much more competitive. Anything that makes it more exciting as an experience helps.’

This theatre and excitement is the new norm, with open theatre kitchens a ‘fantastic’ way of adding to the overall restaurant vibe, according to Rob Angell of hospitality design specialist Robert Angell Design International, which has designed for chefs including Marcus Wareing and Angela Hartnett. ‘The theatre of cooking – flames, fire, sizzle – is great,’ he says. ‘The style of dining has changed so much over the last 10 years. Now the barriers between chef and restaurant are broken down. Chefs want to be seen and people want to see them.’

Kitchen design is a highly specialist endeavour, with a great deal at stake given the huge disruption any later retrofit would entail.
‘It’s a very risky thing to get wrong because it’s the engine of the business,’ says Rebora.

According to Stephen Arnold, director of food service designer Humble Arnold Associates, the key to successful kitchen design is teamwork bet­ween the architect, interior designer and expert food service design consultant, who will design everything beyond the ‘pass’ – the counter where the plate is finalised before being taken to the table. This includes the interrelation of kitchen areas and specification of the specialist equipment. ‘Everyone has to be completely committed to having a common quality,’ said Arnold, who is working on kitchens and food service for André Balazs’ new restaurant and hotel, designed by Archer Humphryes, at the former Camden Town Hall annex.

Such a commitment is more of a challenge in the open kitchen era, since the need to embrace the experience of the diner means giving more attention to the fit-out of visible kitchen areas and, in some cases, more input from restaurant designers in the finishes, lighting and detailing in the kitchen to ‘blend’ the transition between it and the  restaurant.

Throughout, the kitchen design is tailored to the chef’s preferences and the style of cooking – he or she will generally determine the length of the ‘cookline’ hot food preparation area.

In commercial kitchens, the classic sink-cooker-fridge triangle principle of domestic kitchen design is irrelevant. Instead, says food service design expert Ken Winch of SeftonHornWinch, who has designed kitchens for Alan Yau including Hakkasan and Busaba Eathai as well as Heston  Blumenthal and Tate Modern, it’s all about the flow from goods received through to the various storages, preparation, cooking, assembly at ‘the pass’ and service, and then wash-up and refuse, and the appropriate adjacencies within these. In particular, the distance between waiting staff depositing soiled crockery and picking up newly prepared plates must be minimized. Everything is determined by flow, function and operational efficiency through attention to ergonomic design, says Arnold. Over-generous aisle spaces, for example, would be avoided so chefs don’t have to go too far to access what they need.

According to Angell, the degree to which kitchens become front of house depends very much on the chef, the food offer and the style of cooking. Most like to be visible to diners – some behind glass – adding personality to the space and creating a point of interest.

‘Where you put the kitchen in relation to the seating is key. It works well if you can see it when you come in, and people walking past can see it from the outside as well,’ says Richard Blandy, a director of Stiff + Trevillion, which has designed for Rick Stein, Jamie Oliver and Villandry. ‘Seeing some action is quite a big draw.’

Wagamama’s new restaurant concept for example, designed by Black Sheep, puts the kitchen right at the front of the restaurant overlooking the street – an area that could otherwise have been a prime dining area.

‘The whole point is to be as transparent and open as possible. People are seeing skilled chefs on show – the whole theatrical act,’ says Black Sheep founder Tim Mutton, adding that this has enabled Wagamama to emphasise the freshly-prepared nature of its menu. ‘The challenge is to make sure you get the level of theatre and activity right and don’t end up with dead zones with people just standing around.’

Similarly at Canto Corvino, a new Italian restaurant designed by B3 in London’s Spital­fields, the client was happy to put the kitchen in the ground floor rather than the basement to benefit from the atmosphere it added.

Kitchen activity with all its drama, noise and smells is embraced as a driving point of the design according to Sally Williams, associate of hospitality specialist Design LSM.

‘It’s unusual not to see some part of the cooking now,’ she says. ‘People have been educating themselves about food more over the last 10-15 years and are interested to see what happens.’

This is more of a challenge for  restaurants on multi levels or constrained sites. Getting some of the kitchen buzz throughout might result in a vertical kitchen arrangement. At Design LSM’s Burger & Lobster in London’s Threadneedle Street, for example, a prep kitchen animates the mezzanine and is linked to the main kitchen on the ground floor by dumb waiters.

Kitchen areas surrounded by diners can be more problematic because of the difficulties of servicing them when they are separated from the umbilical cord of the kitchen back of house. ‘Front of house is always joined to back-of-house. You don’t want to see refuse going out or the dirty washing,’ says Stiff + Trevillion’s Blandy.

The open kitchen is in reality a partial illusion. According to Blandy, it’s a brave restaurateur who’ll let you see everything. ‘We’ll hide all back of house that isn’t worth seeing and keep just the cookline, which is generally what people want to see,’ he says.

‘Protecting sight lines is critical. Only expose what’s worth exposing,’ adds Arnold & Humble‘s Stephen Arnold, who prefers open kitchens with a cookline position where the chef is facing out to the customer.

Generally, only exciting, more visually-alluring tasks are showcased such as the griddle or maybe the prep area, with the  unsightly and unexciting bits – pot wash, glass wash and deliveries –almost always hidden. Views of the kitchen floor, and often of the chefs actually plating up, are generally avoided with the help of the strategically-placed pass counter.

‘ Where you put the kitchen in relation to the seating is key. Seeing some action is quite a big draw’

Open kitchens bring their own design challenges. As well maintaining flows from on-show to back-of-house areas, the food service designer is balancing the increased emphasis on aesthetics with the logistics of power inlets, lighting, ventilation requirements, hygiene and fire safety measures.

Although some kitchen designs will make a virtue of the traditionally utilitarian stainless steel kitchen equipment, many will bring elements of the overall design into the kitchen, whether it be cladding for the cooking hoods or extra detailing where the restaurant meets the cooking realm. Always, however, any surfaces must be sealed, heat resistant and easy to clean, leading to the popularity of stainless steel as well as granite, marble and solid surfaces such as Corian. ‘Blending’ the restaurant into the kitchen is crucial. Sometimes stainless steel is coloured to suit the overall interior aesthetic and ceramic tiles added to rear walls.

‘We always want to get away from stark stainless steel environments,’ says B3’s Bithrey, adding that particular attention is paid to the styling of the canopy.

Lighting is one of the main challenges, since the bright light requirements of most kitchens is at odds with the dimmer restaurant ambience. One solution, according to Angell, is to have more directional task lighting with the light sources lowered and shielded to avoid over-brightness in the seating area. Light colour is another issue, with a potential clash between the warmth of the dining area and harsher white tones in the kitchen.

Those working in restaurant design see no sign of a reverse of the open kitchen trend.

‘This style is very relaxed and informal which reflects the way we are increasingly living and socialising,’ says Angell.

‘I think people now are accustomed to wanting to see what’s going on. It’s up to the brands to demonstrate how good they are,’ adds Mutton.

‘I don’t think it’s a trend that’ll end. We’ll all be challenging our clients to do something more inventive,’ predicts B3’s Mark Bithrey.

Again and again, the analogy is that of restaurants – and their kitchens – as theatres.

‘We’re creating a stage in which the actors play their part. They just happen to be chefs,’ says Ken Winch. 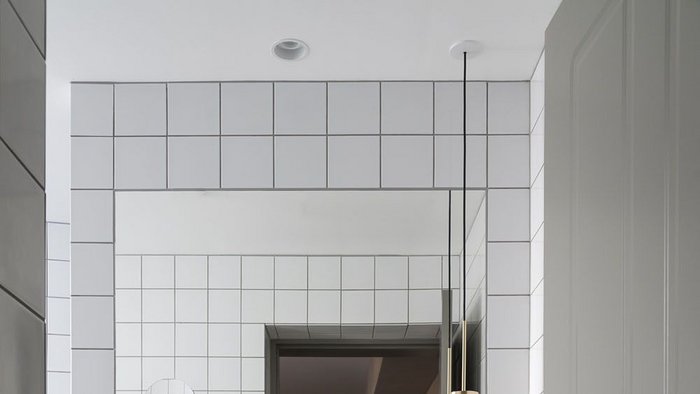 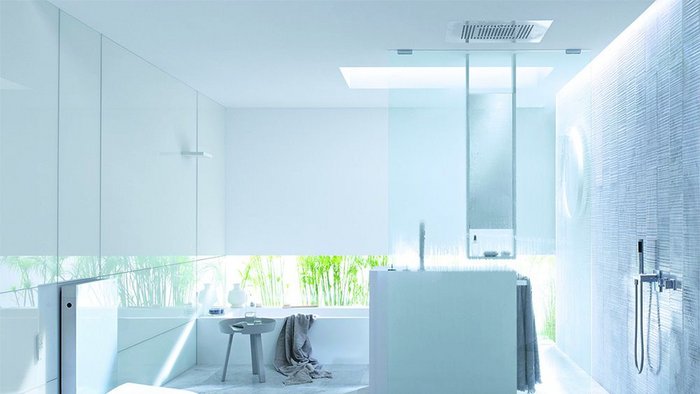 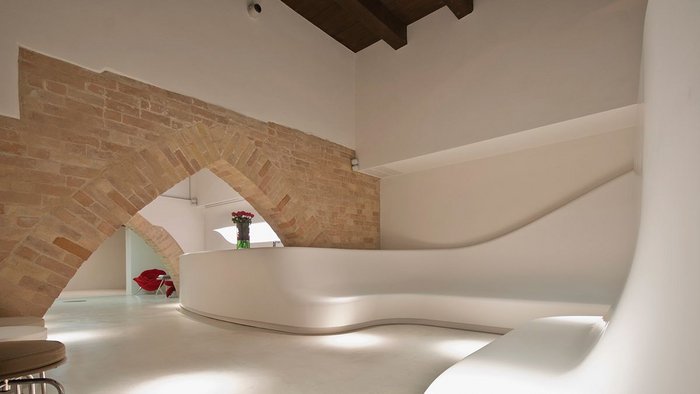