Smoke, the primary killer in fires, can get through the smallest hole – so correct specification is critical. The Construction Products Association’s Peter Caplehorn chaired Hilti’s recent seminar offering architects some welcome guidance 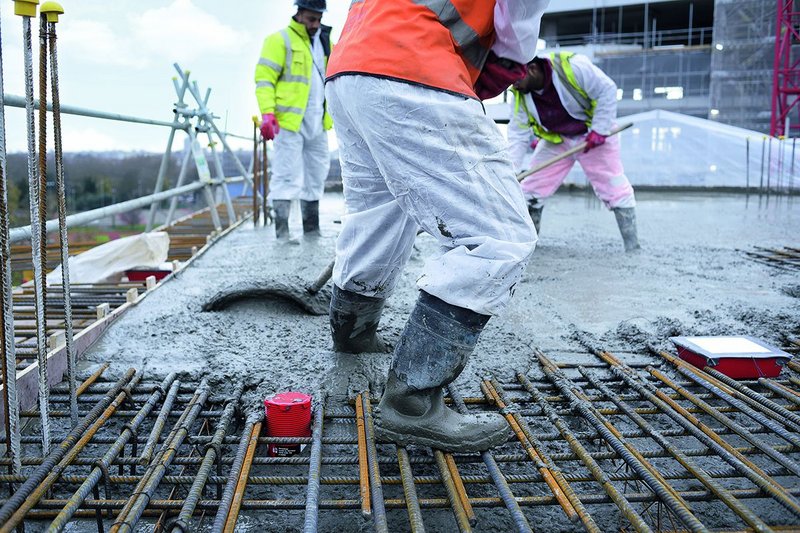 Hilti’s CFS-CID firestop cast-in device as an alternative to traditional boxed out services penetrations in slabs, requiring filling in with fire stopping later.

The relevance of passive fire protection, as for insurance, is only truly clear after the event. Out of sight, and sometimes out of mind, the subject hardly sets the designer’s pulse racing – until, of course, it’s needed.

At Hilti’s CPD seminar ‘From design to build – taking control of fire safety’, held with RIBAJ in November, architects were presented with case studies from fire protection consultants and installers showing that the sector can supply well designed and tested products which, correctly specified and installed, will do the job they’re designed for. But some presentations showed that there are still too many examples of the wrong design, wrong products, or the right products badly specified and installed; so the seminar also offered guidance on how to avoid bad practice and spot bad  workmanship.

Wilf Butcher, chief executive at the Association for Specialist Fire Protection (ASFP), led on the importance of choosing the right product and  specification for sealing services junctions with compartment walls. As he worryingly demonstrated, closer inspection often reveals the use of the wrong product, or a badly installed botch-up. The use of PU foams to remedy bad installation cannot be considered a solution; and as he showed in a sobering video, misuse of ill-specified PU foam is plain dangerous: a gap sealer rated for 280 minutes for a 10mm by 10mm hole will only last 11 minutes on a 50mm by 50mm one. Use of the wrong PU foam is too common, often ignored or not identified, with a sample of inspections revealing an endemic problem. The message here was that PU foams do not replace a robustly designed and installed firestop approach.

Following this, AHMM architect and consultant Paul Bussey considered the implications of Construction, Design and Management (CDM 2015) in relation to fire design. A chartered RIBA member and fire, health and safety expert, he pointed out the need for designers to balance risks with other aspects of design. CDM duties ensure all designers consider the risks in a proportionate and intelligent way. Applying ‘as far as reasonably practicable’, experience and full use of technical guidance is what is needed. It’s also, he explained, about holistic approaches and treating risk management as something that to be considered, not just at design, but through all Plan of Work stages as part of a broader fire prevention strategy.

Alex Double of fire consultancy ADDC made clear the consequences of a lack of joined up thinking, presenting several examples of badly installed firestopping.

He reminded the audience that smoke  is the biggest killer in fires, and produced the shocking statistic that a hole the size of a pencil can fill a 36m² room with smoke in less than three minutes. He ran through a list of firestopping golden rules, including avoiding ‘mix and match’ systems, making allowances for movement and deflection and considering the size and  proximity of other services when specifying. But Double emphasised the need to objectively interrogate any manufacturer’s fire test data claims regarding material and substrate compatibility and product life  expectancy.

Double also recommended that delegates read the more onerous RISC Authority version of Approved Document B for design. Featuring guidance for asset protection and life safety, it’s an interpretation of AD B that the Department for Communities & Local Government could perhaps take on board.

Hilti head of business unit – BU fire protection, Dr Paul Langford, explained that some answers can be easily identified if a leading manufacturer is consulted early enough. He demonstrated Hilti’s commitment to providing a range of products and clear advice. This includes typical drawings for designers to put in their specifications and drawings and documentation software. Langford said most firestopping scenarios could be addressed with a few key details; resulting in the firm developing its ‘Standard Details’ to offer architects clear and simple guidance when specifying, such as firestopping sleeve and collar details for typical walls (left).

Engineer Wayne Early, associate at Buro Happold, demonstrated fire protection adopted at its Harbour Central development for Galliard Homes in London’s Docklands. He highlighted its use of Hilti pre-formed cast-in place devices to firestop plastic pipes going through slabs- traditionally done by boxing out a hole before casting and infilling later– a labour intensive and time- consuming process. While innovative and neat, of more interest to the audience was Early’s  comparative cost appraisal, which saw significant cost benefits associated with the use of cast-in devices over traditional methods. The only caveat was that those savings are realised just as long as late design changes on site are the exception and not the norm – again hearkening back to Bussey’s idea of a project as a holistic rather than compartmentalised endeavour – and definitely a boon for the arguments driving BIM implementation in the industry. 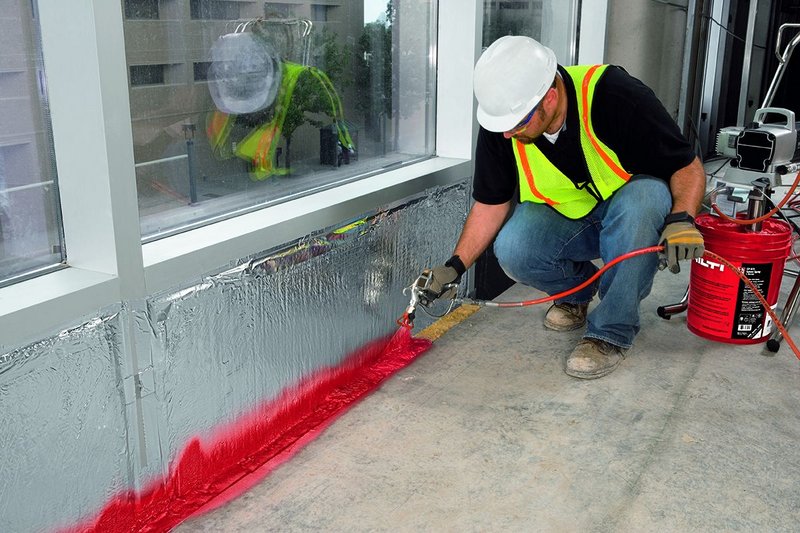 By way of illustration, Richard Bellefontaine from architect KDS showcased his experiences from the firm’s recent commercial development in the capital, Chelsea Waterfront; where, despite the use  of BIM design tools and site management, things still did not go entirely to plan, leading to the inevitable late on-site  changes. Co-ordination of mechanical services through fire compartments was  key; the whole project being a lesson in how the sector needs far greater levels of BIM implementation  and  site co-ordination.

In conclusion, the speakers engaged in a lively Q&A session focusing on how to ultimately deliver quality. Procurement sequence and contract rules were blamed for many examples of bad practice, along with time and money pressures and lack of supervision. As the presentations showed, these are lapses that can only truly be overcome with the whole procurement chain adopting more robust working methods; better adherence to technical guidance and avoidance of stop-gap remedies like PU foams, adopting risk mitigation strategies that run across all work stages and, looking ahead, fully integrated collaborative design management driven by BIM. Watch this space.

Article produced in association with Hilti