Biophilia sounds a much richer route to sustainability than simple carbon emissions counting. Seven architects set out to find out more 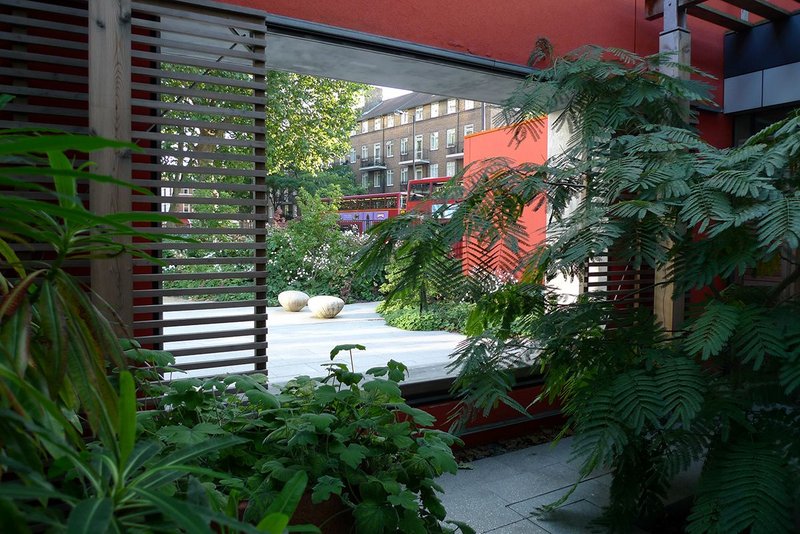 Plants frame the outside world in green at Maggie’s in Hammersmith.

Unpick the word biophilia and a little basic Greek tells you it is about love of the natural world. For Oliver Heath, TV presenter, architectural designer and biophilic design ambassador for global carpet tile manufacturer Interface, tapping into biophilia’s emerging science is a compelling way to take sustainability beyond mere carbon calculations to understand its impact of the natural environment – and us humans.

To further inform the profession about the value of biophilic design, Interface and Open-City curated and led a tour of some of the best projects. Beetling about in a minibus around London may not be the obvious way to draw out discussions on how biophilia might be applied to architecture. But visiting five of the projects, some nominated by readers of the RIBA Journal, produced an energetic, informed and sometimes divided debate that left the seven architects from practices as diverse as Roz Barr Architects, NBBJ, Ben Adams Architects and Feilden Clegg Bradley Studios enlivened – if foot sore. Led by Heath and Open-City director Rory Olcayto, the tour took in two Stirling Prize winning buildings, a self-proclaimed biophilic work space, a swimming pool on a construction site and the concrete bastions of the Barbican.

This investigation into biophilia has been prompted by Interface, whose founder set a radical goal in the 1990s to eliminate any negative impact by the firm on the environment by 2020. Translating this into design, Heath looks for spaces that connect with nature, from views of plants to the importance of daylight and the use of natural materials and patterns. He also points out the importance of creating spaces that allow inhabitants to enjoy and benefit from this proximity to natural elements – be it the restorative, recuperative or energising effects.

Everyone in the group agreed that these are things most architects try to incorporate but when it comes down to difficult decisions on values that sense of what is right is harder to back up. Interface’s recent global survey shows that 47% of workers have no natural light in their office and 58% have no plants. This is despite research into the benefit to physical and cognitive recovery times plus the reduction of absenteeism. Interface research shows that reported creativity is up 15% in work environments with natural elements and the reported level of well being is similarly increased. This is recognised in the way the Well Building Standard touches on some biophilic principles.

But nothing beats experience. The building visits proved a very powerful way to see some of the most effective applications of biophilic principles. The most telling and touching was the Stirling Prize winning Maggie’s Centre in Hammersmith, designed by RSHP. Bernie Byrne, who runs the centre, explained that it was all about feelings. The landscaped path from the hospital entrance enfolds you with cool green. Inside, the courtyard is visible from most of the rooms but you are never confronted with the landscape – like the partially obscured buses outside – rather you glimpse it in the periphery. ‘It is part of mindfulness and being in the moment,’ Byrne explained. One architect described it as setting up ‘an intimacy with nature’. With timber surfaces and plenty of places that offer both a sense of prospect and refuge, it even has its own rainbows thanks to the glass bridges. Here, where illness and wellness are so closely entwined and the building itself is part of the healing offered, it was interesting to see quite how much nature, light and natural surfaces contributed.

The second stop was another Stirling Prize winner, AHMM’s Burntwood School. The lesson here was about the sheer importance of a green campus and giving views out to it, including from corridors. Appropriately its logo is a multi-coloured tree. The deputy head described the grounds as important to the pupils ‘to stop them going stir crazy… it may be their only outdoor time.’ This pragmatic aspect contrasts with the office space cum club of Second Home on the City fringes. This is dubbed a biophilic space by the founder, peppered with over 1000 plants amid curving transparent polycarbonate walls. Its visual busyness, and lack of sunlight deep in the plan, provoked much debate. The group had some serious questions: Surely sunlight is a critical element? And aren’t all those pot plants just window dressing? 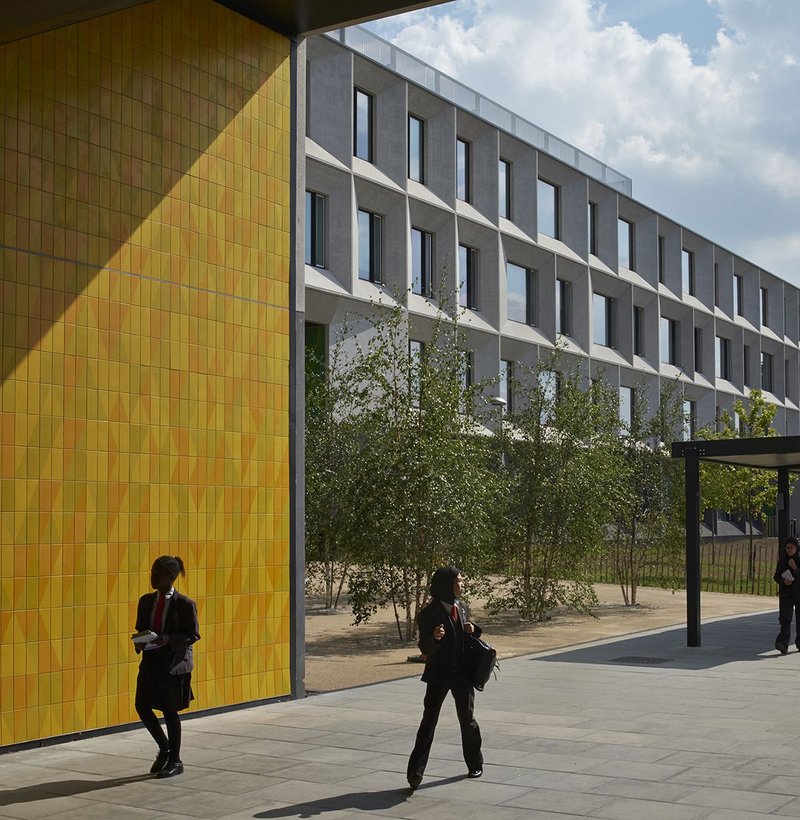 Next stop, the King’s Cross Pond Club, raised more issues for the city wide scale. A naturally filtered outdoor swimming pool in central London sounds like paradise but does it offset the super high density of the development around it? As we turned back the clock to the last century in our next visit, one-time expedient decisions by the Barbican resulting in a conservatory to disguise its large fly tower were also questioned. What was the brief? And why is it that public and even resident access is so limited even now? Externally, the gardens and water features, some of which almost engulf you, won more support for the Barbican.

It is easier to judge visual elements of design of course, but the ensuing discussion also drew out the importance of other senses, the whiff of rainforest in the conservatory, the cascade of fountains, the touch of materials. It led to wider questions of how we use our spaces, from the static to a more dynamic natural way of working. This tour showed the importance of dash of sunlight, a blast of green and getting away from the office chair, whether to study biophilia or just to allow your brain a space to reset.

For evidence on biophilic design including Interface’s Human Spaces The Global Impact of Biophilic Design in the Workplace report see
http://humanspaces.com/

For a guide to biophilic spaces in London visit interface.com/biophilic-guide