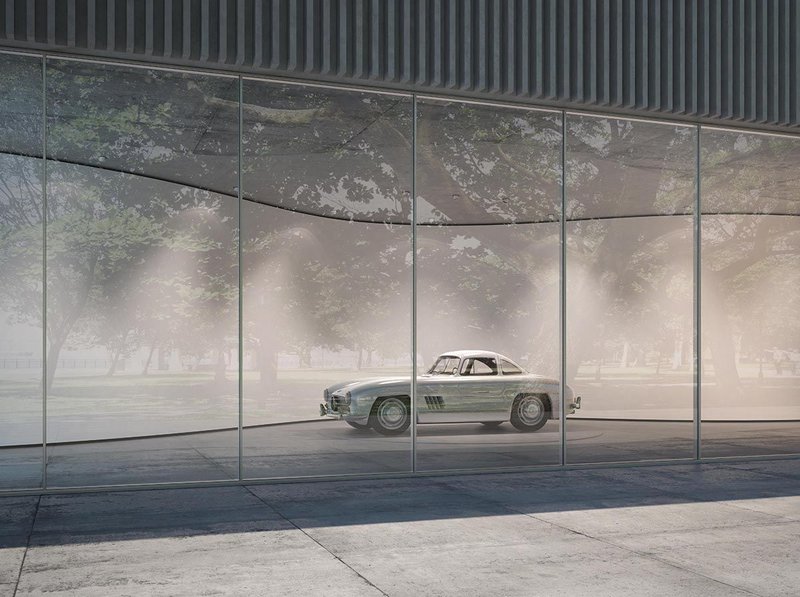 By developing a new fixing system for the glass retaining pressure plates, it has become possible for the first time to reduce the face-width of the facade to a uniquely slim 35mm. Yet despite this, the SI version of the Schueco FWS 35 PD system is officially certified by the Passivhaus Institute with a Ucw value of 0.79 W/m2K.

Visually very attractive with sharp-edge profile radii, this is a facade system that is ideally suited for low-rise, high-end residential and commercial projects. In addition, a choice of two levels of insulation – HI (highly insulated) or SI (super-insulated) – enables the Schueco FWS 35 PD to offer real performance flexibility tailored to individual specification requirements.

Importantly, Schueco AWS windows, including those with TipTronic automated operation, can be easily integrated into the facade for ventilation where necessary. As an alternative, Schueco AWS 114 SG.SI slimline outward-opening top-hung or parallel-opening windows are also simple to insert.

The Schueco FWS 35 PD facade system can accommodate double and triple glazed units from 22mm to 50mm thick with weights up to 250kg per transom. To add further design versatility, a heavy duty version that can carry up to 400kg is also available.

A total of three drainage levels provide an easy solution for all types of transom and  because it plays such a crucial role in the durability of particularly slim systems, particular thought has been given to the question of ventilation.

In fact, the Schueco FWS 35 PD facade uses the proven ventilation technology found in the FW 50 systems, but supplements this with intelligent additional components. Its effectiveness in use has been verified under the most stringent conditions.

To complete the product’s comprehensive performance characteristics, a burglar resistance class to EN 1627 RC2 can be achieved; this also meets the requirements of PAS 24:2012.

Yet the improvements offered by the facade are not simply architectural. Schueco has always thought holistically in terms of its window, door and facade systems and this is demonstrated in the FWS 35 PD in a number of ways.

One new feature is a prepared pressure plate which includes pre-loaded gaskets and insulating foam to reduce preparation work. Another is a gasket system that has been made uniform right across the Schueco FWS system platform. Based on gasket heights of 9mm, 11mm and 13mm on the outside and 5mm on the inside, this allows the Schueco FWS 35 PD facade to be combined easily with other products.

Finally, an innovative method of attaching the facade to the building structure ensures reliable ventilation and drainage around the areas of attachment. This has the additional benefit of making installation more efficient at both ground- and first-floor levels.