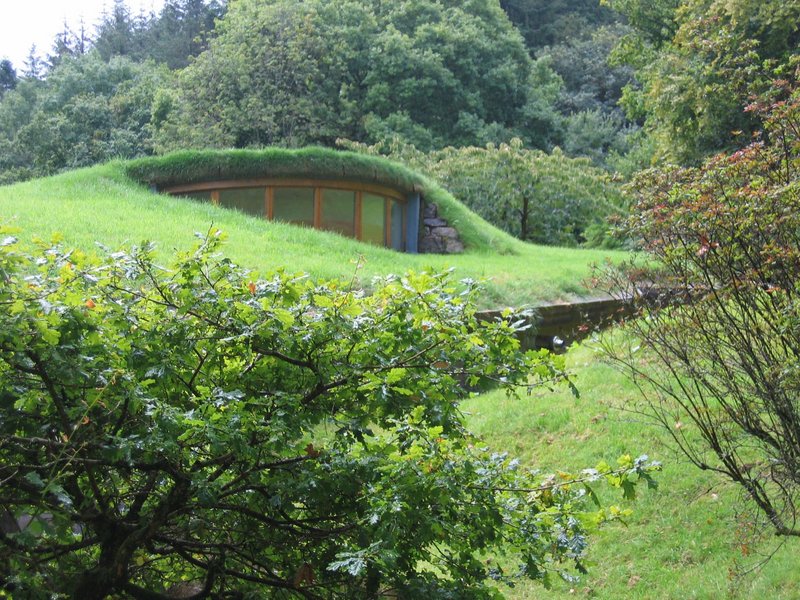 When a London couple chose to make their 1970s holiday bungalow retreat in Devon a permanent home, they decided an upgrade in the quality of the accommodation was also in order. But sited as it was in the Dartmoor National Park, their initial proposal for an expanded family home was flatly turned down. Exasperated, they turned to local architect Van der Steen Hall. Fully aware of the limitations on this highly sensitive site, the practice proposed a more imaginative approach: digging down into the slope rather than building up from it. The result is a highly bespoke home appearing as part of the landscape, its Devon granite and fully glazed facade growing out of the hillside below an expansive grass roof, which sensitively hides the home in the Dartmoor scenery.

Limited access to the site, along a narrow bridle path, dictated the choice of materials and logistics: the building constructed from what could be best moved along it: concrete blocks, thick and deep oak beams, and a simply applied SIG Rhepanol hg single-ply membrane to protect the structure from the tonnes of earth above it. ‘The roof was conceived as a concrete structure,’ says practice partner Peter Hall. ‘But with trucks precluded, we opted for heavy oak beams with square-edged boards above them and the Rhepanol hg on top. We’d tested out the use of heavy timber roofs when restoring some of Devon’s Palmerston forts. There we had to use asphalt on screed, but here the use of a Rhepanol hg membrane seemed appropriate, robust and certainly cost-effective.’

With the house procured under the Intermediate Form of Contract, and the architect specifying the 250m2 of roofing with a no ‘similar approved’ proviso, Hall needed to ensure the specification was robust and that structural deflections were minimised. ‘Basically, he told us  ‘sheep, yes, but cows, no,” recalls Hall, speaking of the additional loads that might be exerted on the roof. ‘Performance was paramount – at the time we had a rep come over to help us develop the design. Rhepanol hg wasn’t just specified on the roof either, but on the heads and cills of all the windows.’ SIG provided 15-year warranties on the material, but not on the workmanship, says Hall, so the time spent with SIG’s technical team proved invaluable when it came to ensuring the roof specification was, in all senses, watertight.

With the owners now happily settled in, Hall says the house and its roof are performing well – so much so that he has since specified Rhepanol hg on two other projects. He still seems to rue the toning down of his initial concept, howerever. ‘The design was rather more wildly troglodytic than it ended up,’ he says, ‘much to the client’s eventual delight...’

To find out more and download additional resources visit http://bit.ly/SIGRoofLines1