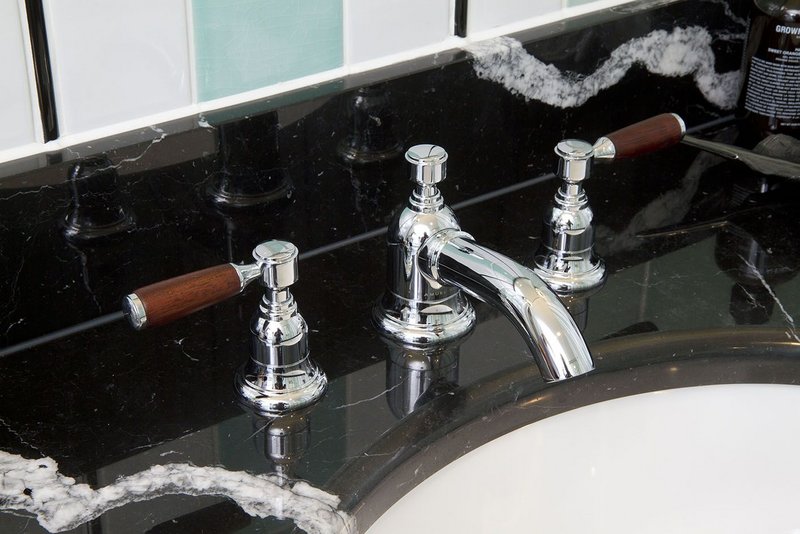 The Fairfield three-hole basin tap's wood levers evoke the spirit of the Arts and Crafts movement.

Originally part of an elegant five-storey, stucco-fronted Victorian terrace, the properties were at the point of being placed on the ‘endangered buildings’ list when they were acquired by Alchemi Group, which set about restoring them with the help of English Heritage, architects TateHindle and interior designers Studio L.

The designers were keen to use furnishings and fittings that would retain the ambience of the Victorian era while creating a contemporary feel. The period bathrooms were finished in marble and featured colourful ceramics and it was vital that any new taps, showers and other fittings complemented or co-ordinated with the originals.

Samuel Heath’s Fairfield and Style Moderne brassware fittings were chosen for their understated elegance and allowed the designers to combine the classic with the contemporary. Samuel Heath door, window and cupboard fittings were also used extensively throughout the project and the company's Powermatic concealed door closers were installed on the main entrance doors to the apartments.

‘Being able to source all these elements from a single supplier made discussions around project requirements easy,’ says Laura Marino, creative director and co-founder of Studio L.