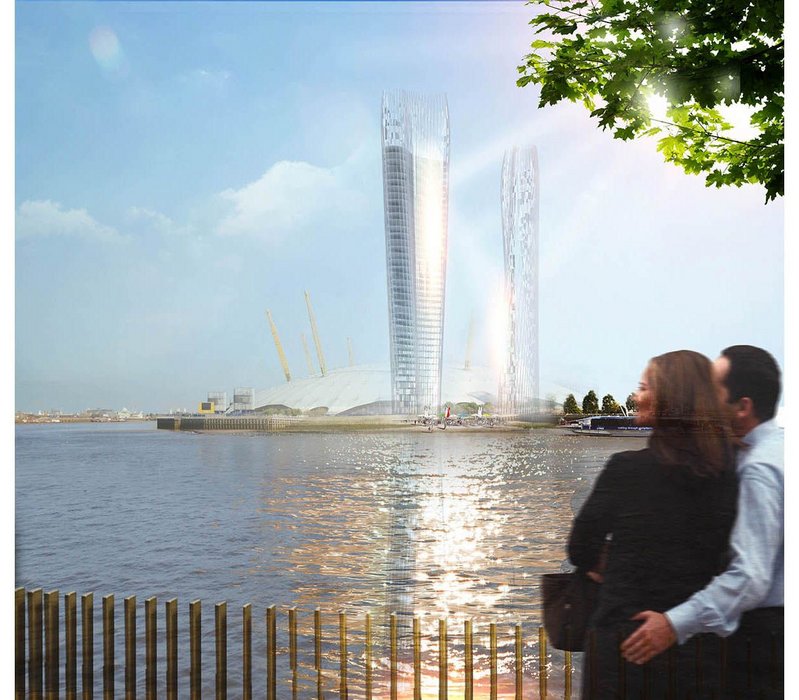 View of the towers from the west bank of the Thames.

The solar 'death ray' effect, seen on the Walkie Talkie tower in London last year, has been used to positive effect to create the possibility of the world's first shadowless skyscraper.

The concept, developed by design practice NBBJ for an ideas competition run by New London Architecture, involves construction of a pair of high-rise buildings, one shaped to reflect the sun's rays onto the shadow cast by the other, thereby mitigating the shadow's effect by around 50% and improving the street for pedestrians.

NBBJ chose a theoretical site in North Greenwich, next to the O2 Arena, as a testing ground for the concept. It employed computational design, a form of parametric modelling using algorithms, to record the sun’s path during each day of the year, plus reflectance parameters, and used them to generate the tower's distinctive tapering shape.

Christian Coop, design director at NBBJ Design, told the RIBA Journal: ‘We were thinking about the controversial issue of tall buildings in London, where over 230 high-rise buildings are going through planning, and what we could add to the debate. Once arguments about the height of buildings have been dealt with, the base is key and we wondered whether it might be possible to get rid of the shadow? Doing that on one building is impossible, but if you have two, one designed to reflect light onto the other, you can mitigate the effect of its shadow.’

Unlike the dangerous sunlight magnifying effect seen on at 20 Fenchurch Street, Coop compares his team's design to a 'disco ball', reflecting dappled light across the street, creating some areas of virtually no shadow and others where it is darker.  Individual panes of glass would be specifically angled to catch sunlight on different days, so the overall effect would not be to focus and intensify the light.

When the sun is high in the sky it could cut out 50-60% of shadow intensity across whole width of the façade. Light would also change throughout the day, adding activity and interest into public spaces. However, when the sun is low, the technique would have little effect.

‘The effect depends on a vertical and a horizontal element, in terms of curvature of the tower facade and how it catches the sun and its orientation,’ said Coop. ‘Those two variables alter and change with the sun's position and movement. It may be that you want to alter these on purpose, for example in Dubai you might want to catch winter sun, but not summer sun because cool shade is important.’

NBBJ's software can generate a different form for any location in the world, because a location's relationship to sun is always different, creating a new level of contextualisation, although the finished design will always require human input to make it work as a building.

‘The principle would definitely work, although it's relevance to a project would depend on factors such as appropriateness to the locality, building density, the possibility of overheating, facade maintenance and so on, many of which would come first as design considerations. Nevertheless, it is another layer architects could develop to improve city environments and public spaces. We plan to run the software on any new projects we are involved with in future to check the impact we might achieve,’ he concluded. 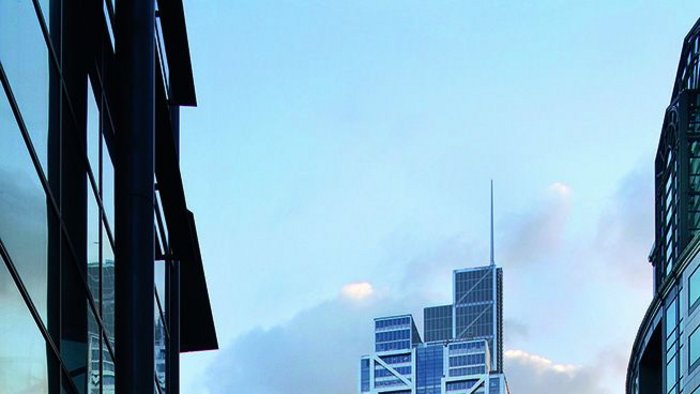 Highs and lows of living 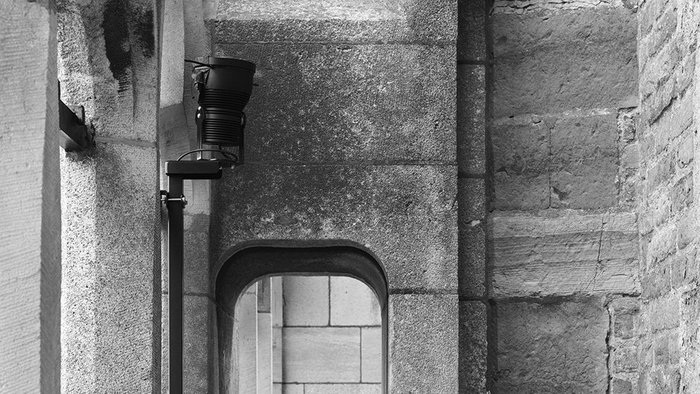 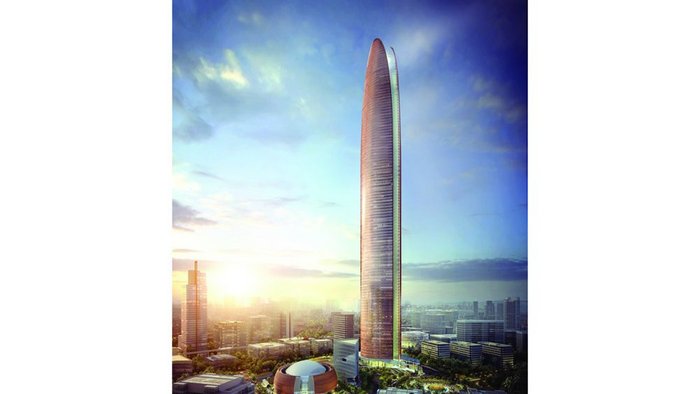