There's a quirky appeal to this flexible, contextual housing on a small corner of the City 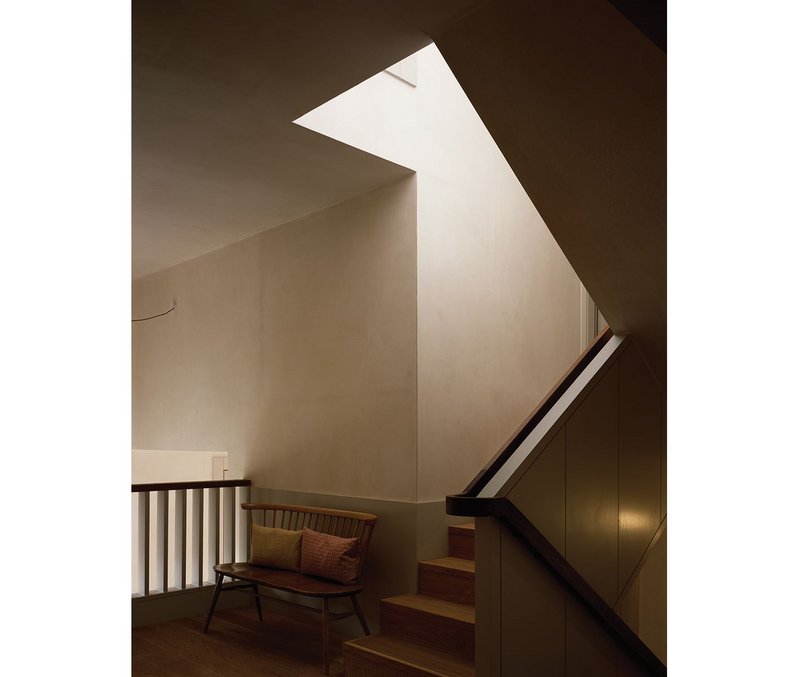 When I told architect Jean-Paul Jaccaud of Geneva-based firm Jaccaud Zein that the look of its latest project for niche developer Solidspace was ‘very much of a type,’ I think I was being churlish, sensing a pause before he pushed on with his description of the massing of this inner London corner development. How its three townhouses and five apartments had been informed by its urban context in the bombed-out, council-estate dominated City basin, spitting distance from Jamie Oliver’s Shoreditch empire and in the shadow of some unsavoury towers going up along the City road.

Churlish because I’d got it before he even told me; the nuanced angle in plan that picked up on the faceting of the original Victorian terraces and deferred ‘to embrace’ the pocket park, the sinking cornice line of the corner house abstracting that move in elevation, the deep window reveals conveying the depth of the brickwork walls. Although its balustrades are solid bronze we stood there imagining the corner block with a yet untested proposition – a corner pub of Belgian bricks and brassy beer pulls – and laughed like drains at the thought, though it would have been excellent. The truth of the matter is that the blocks very much respond to their context, the brickwork stitched onto the site with its metallic embroidery. Only rear elevations are downplayed, as they should be; the crisp concrete coping substituted for brick is offset in front of the general line of the wall to let the sun create the shadow gap.

Internally, there’s a simplicity of detailing and material that reflects the firm’s expertise in the world of Swiss social housing rather than high-end development. That’s no bad thing, as once inside, it’s all about the split level and spatial complexities that this form can yield. Solidspace played with this in its earlier townhouses with architect Stephen Taylor at London’s Stapleton Hall Road – but here it’s extended to the flat typology to no less of an extreme.

The developer feels the resulting spaces are open to more flexible and various means of occupation. Entrance doors on different levels offer the possibility of a granny flat or studio/student living within the bigger apartment. Floors pulled 2m back from the facade meanwhile yield 6m-high living spaces that give dramatic and vertiginous views to the urban cityscape and the street below. It’s a bold spatial move that counterpoints the relative intimacy of the split level spaces themselves – some fed by light that inexplicably creeps down the walls of characterful beeswaxed plaster.

Jaccaud senses compromise in the final result; not in terms of material – for beyond the bronze you’ll see smooth concrete, oak and walnut, light-catching render and simple, dark, square floor tiles echoing Nordic Empiricism – but in the fact of designing for speculative buyers. The wide timber staircases don’t terminate with a bright, spacious landing but a bedroom cum study; and a townhouse ensuite bedroom, gifted with an upper level terrace, is negotiated through the bathroom, leaving it curiously unresolved.  But these are perhaps the fallout of this shape shifting, slipped section type. In the drive to create the freedoms suited to the changing nature of modern living, we should, as in life generally, expect some collateral damage.