Eight ways to wrap up your project 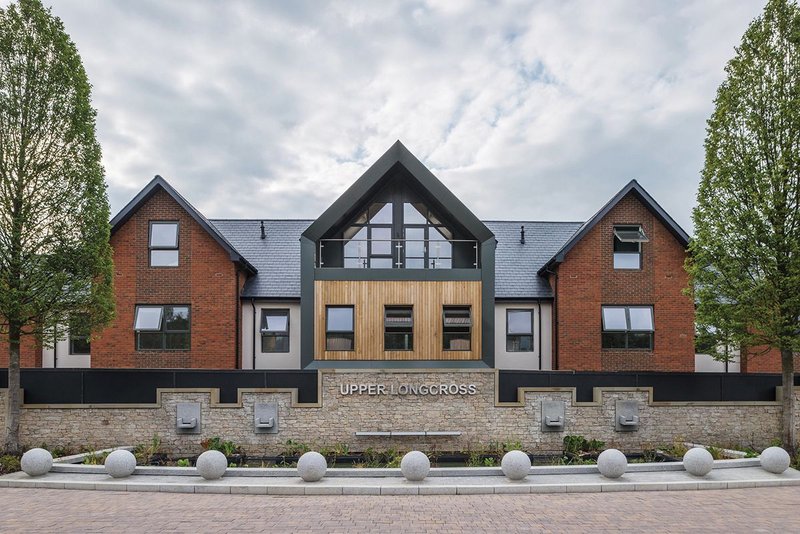 I dreamed you and I were together again, windswept and desperate on the wild escarpment where once we would linger, abiding in love for as long as we dared before Mother would cry from the byre below and chase us back to the midden and toil. Then I awoke on the roof of one of these government-supported new-builds in Upper Longcross Garden Village, where Crest Nicholson has used Spanish natural slates for their longevity and setting sympathy. Glad to be in Surrey, but please send help. 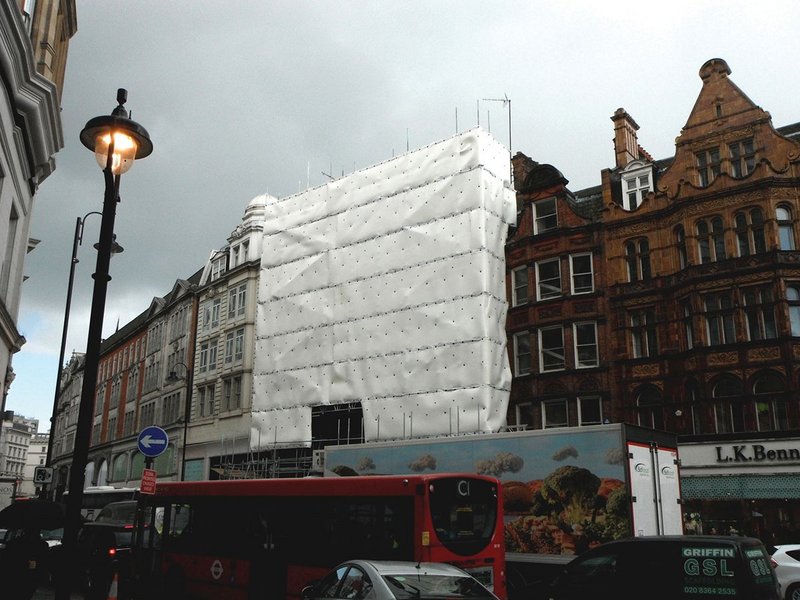 How I weep to recall the noble scaffolds of yore, ornamented with those majestically streaming pendants of filthy polythene that are our national heritage. Surely, reducing noise in high-density locations and containing dust and particles are the very antithesis of what it means to be British? Weatherproofing, and insulating the workforce against harsh weather, in the all-encompassing way that Monaflex’s Monarsound does here,  is an insult to our ancient seafaring traditions! Are we to allow this intrusion on our treasured streetscape to pass unchallenged? I do believe we are. 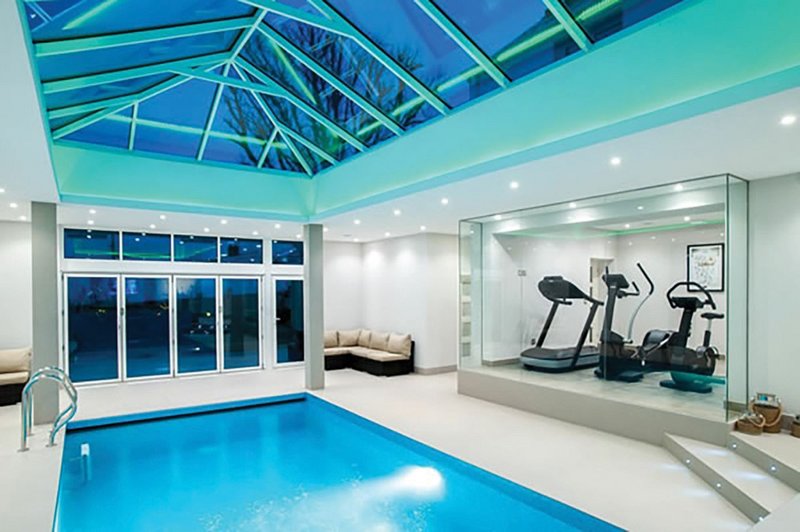 I told him, I did, I said: ‘You don’t want to go calling them neat-looking lanterns “Atlas” ’cause who’s going to want a load of mud and rock and oceans and that on top of their house?” But he said that Atlas was in fact holding up the firmament, that air exerted a pressure of only 14.7lb per square inch, and – get this – space was a vacuum and had literally no weight! I Googled it to be sure, but he was right! Looks nice with a bit of sky though, don’t it? 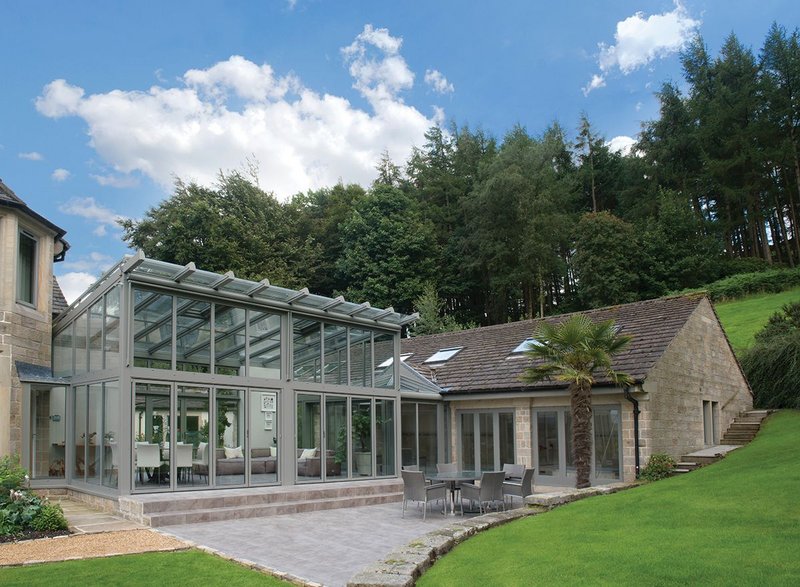 I was feeling pretty smug about my artful arrangement of polythene and old windows, until I saw this bespoke German-made aluminium structure from the Caulfield Company. Designed to replace an Edwardian conservatory, it connects the house to pool-house and garden via link and bifold doors. Its noise cancelling and thermal values come up to Passivhaus standards, and the inbuilt weather station controls awnings and openings automatically. I do have a pole with a hook on the end though, and a rather stylish paraffin heater. Vintage, even. 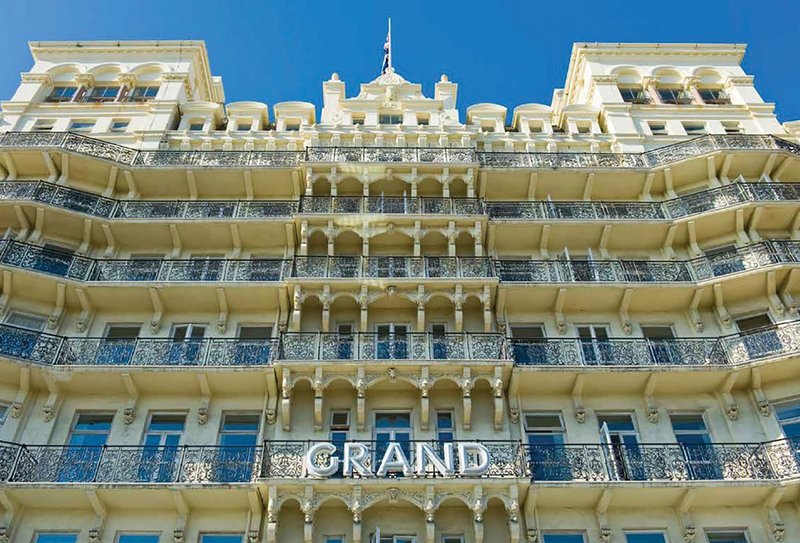 Even commissioning one replacement sash window is a challenge sufficient to induce a prayerful frenzy in the tight-laced chatelaine charged with such a project – but to completely refenestrate a project of the scale of Brighton’s Grand Hotel? Now that is a righteous undertaking!

For glasshouse specialist David Salisbury Commercial, however, whose Somerset works is geared up to produce precise bespoke casements, sashes, doors, bifold doors and roof lanterns in volume, orangeries are not the only fruit.

I know. I await His punishment. 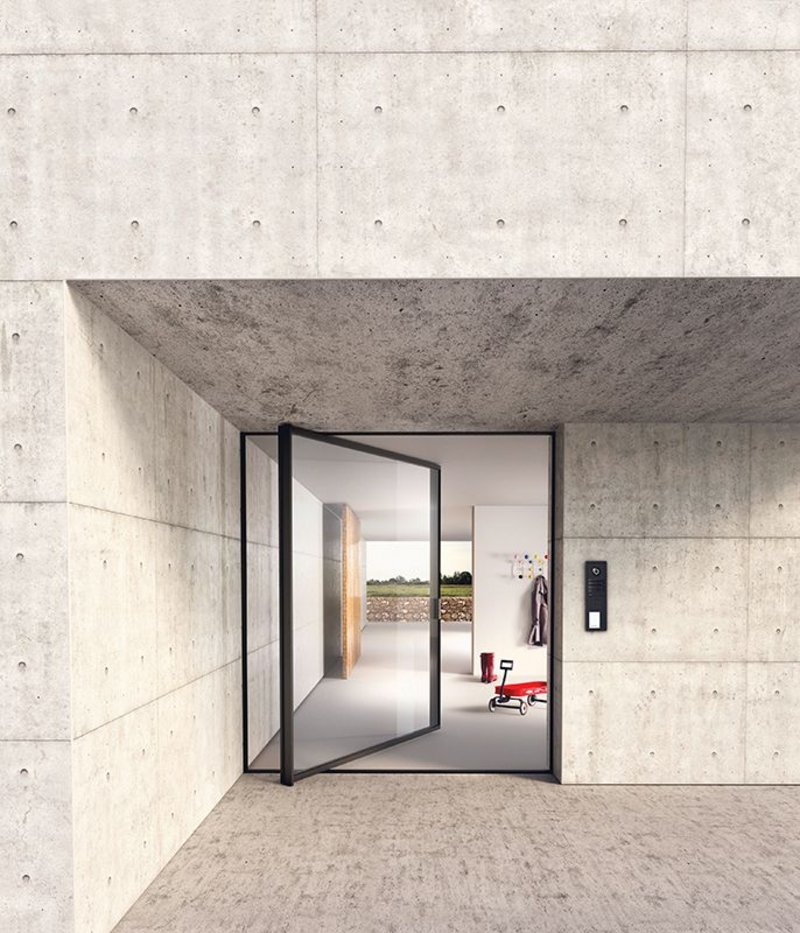 When planning your next Ville Radieuse development, please bear in mind that not all living human animals conform to Le Modulor. Some of us, in fact, are only 5’3”. We will all, however, appreciate Sky-Frame’s new Pivot door, combining expertise in frameless sliding doors with an axis system which allows complete operation with a light push. With thermal glazed panels at up to 2.5m wide and 4.5m high, these doors will nonetheless still allow graceful passage for the most freakishly modulaire character – even with both arms raised. 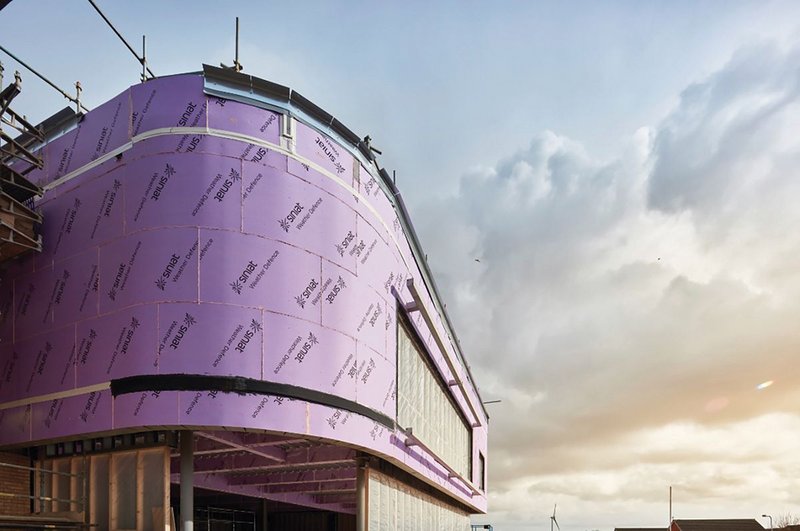 Weather: the final frontier. These are the voyages of the starship Weather Defence. Its continuing mission: to explore strange new worlds, to seek out new life and new civilisations, to boldly go where no-one has gone before – and to stay there, exposed on frame and protecting interiors for up to 12 months. In the year 2364, Euroclass A1 combustibility certification, ease of handling, dimensional stability, gypsum core and tough matt-coated facer will speed up interior timetables, and double allowable lead times for final enclosure, as they do now. Phasers set to stun. 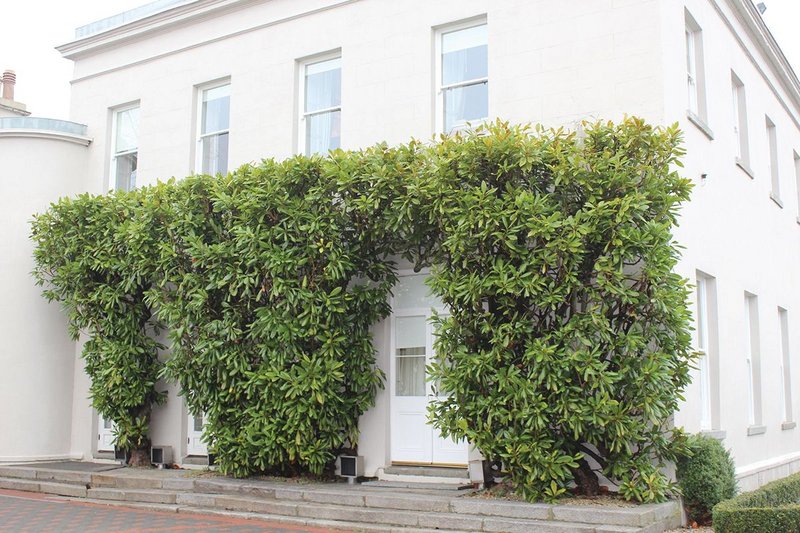 The chill of a fine house, we find, is readily solved by the simple expedient of burning well-seasoned hardwood furniture. If the mercury drops too far, we simply throw on a couple of shutters. Cedar goes up beautifully, and mahogany, my dear, stays in for hours. But apparently we now have to have sealed-unit double glazing so very thin that it can be fitted to the notoriously tricky rebates on old sash frames. Twenty-five percent reductions in heat loss! Have these people no backbone?