Get a handle on the latest in doors, windows and ironmongery 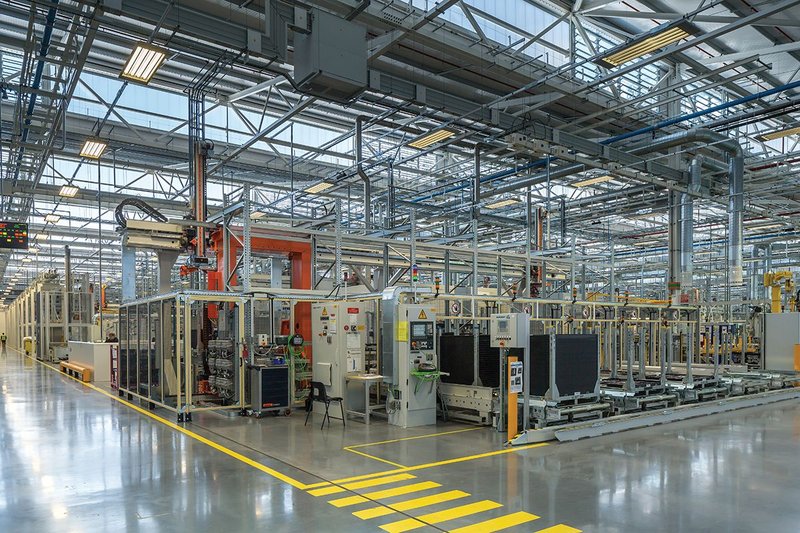 It’s delightful, as the dark days of winter draw on, to see the continuing brightening of Birmingham and the Black Country. Gone are the smoke stacks, industrial strife and the Bull Ring, replaced by a revitalised and happening city centre. And at Jaguar Land Rover’s plant, Brett Martin’s Clickfix polycarbonate glazing panels both give light and are light, offering thermal efficiency, weather tightness and fire performance while illuminating the plant floor below where operatives whistle while they work. Heaven knows what Red Robbo would have made of it.
brettmartin.com 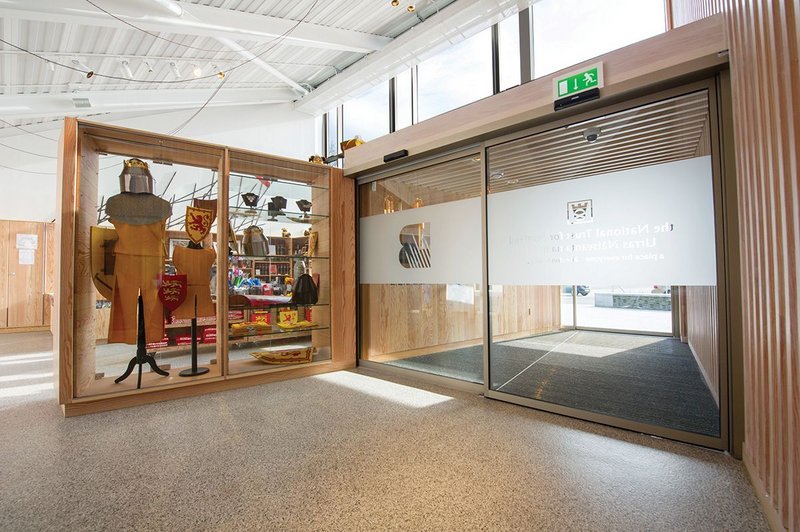 If you thought this was one of those high end, West End, retail outlets that feature so heavily in these pages, look again. It’s our old friend the Bannockburn Visitor Centre, the most precious building in Scotland celebrating as it does the definitive routing of the Auld Enemy. Geze supplied the automatic sliding doors with Slimdrive SL operators, which sport safety devices to prevent any entrapment of fingers etc. To reach perfection, all that the doors need now is to be fitted with an Englishman detector, which as they enter plays the welcoming ditty: Ner ner ne ner ner...
geze.co.uk 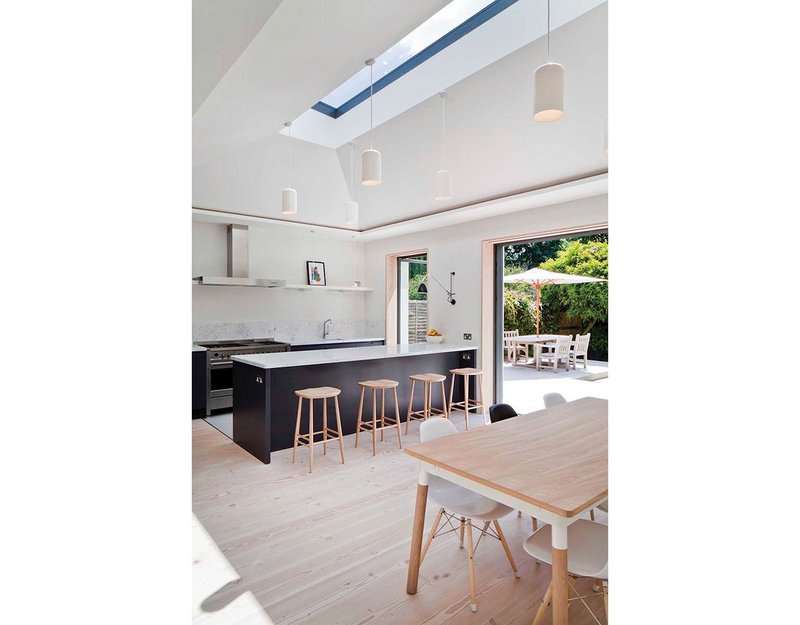 If you’re sitting in the kitchen, wondering if anyone ever actually cooks in it, your eye might wander upwards to the kites flying in the sky above. And as you gaze through that rooflight, you could spot not just a kite but a kitemark – though only if it is a Sunsquare flat roof skylight. The firm has set an industry standard with the hard-won BSI accreditation, meaning that as you open the Prosecco and unwrap the quinoa salad, you can rest assured that the untouchably pristine new kitchen is safe beneath it. As are you and your guests too, of course.
sunsquare.co.uk 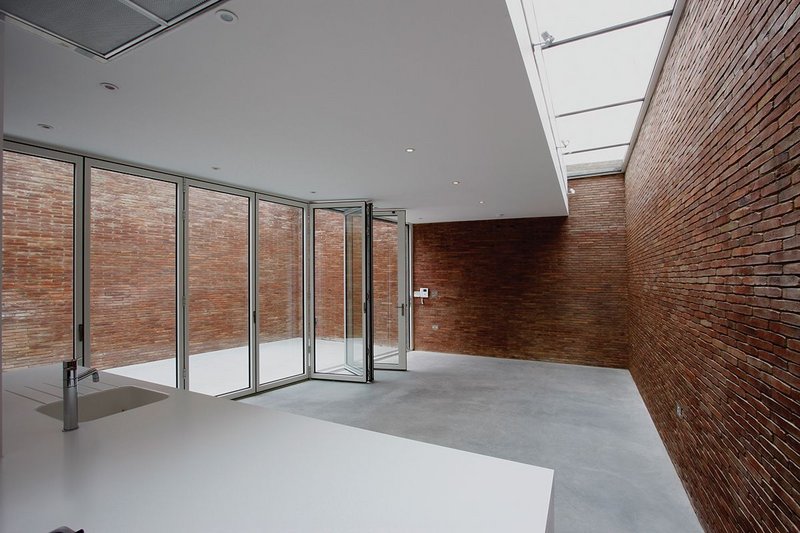 When your project is slotted in to one of those seemingly unrealistic wedges of a London street, light is supremely important. Spiral House in Balham is one such, using Innovare bifold doors and windows, and structural glass rooflights, from IQ Glass to open up its spaces. With an 11m long uninterrupted view of the sky, the temptation for its occupants, when they arrive, will surely be to spend much of their time on their backs, staring into space and wondering what’s out there, giving every excuse for long lie-ins or days in the recliner instead of slaving in the office. We are not alone...
iqglassuk.com 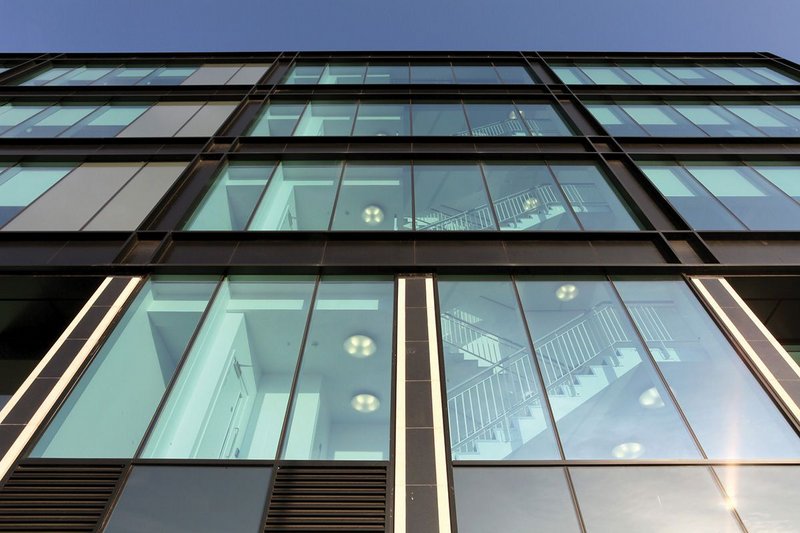 Imagine a world without humour or joy, the dull repetition of reality unadorned by fantasy or imagination. At the first sign of frivolity a latterday Inspector Regan would be behind you with the cuffs: ‘Up against the wall, Tinkerbell, you’re nicked!’ It’s a far cry from this civilised reality, where even a necessarily serious side of life – Police Scotland’s administration HQ on the Clyde – boasts around 5000m2 of Wicona’s WICTEC 50 structurally glazed curtain walling, to bring contentment to the officers and staff inside. Who needs jokes? Happiness lies within.
wicona.co.uk 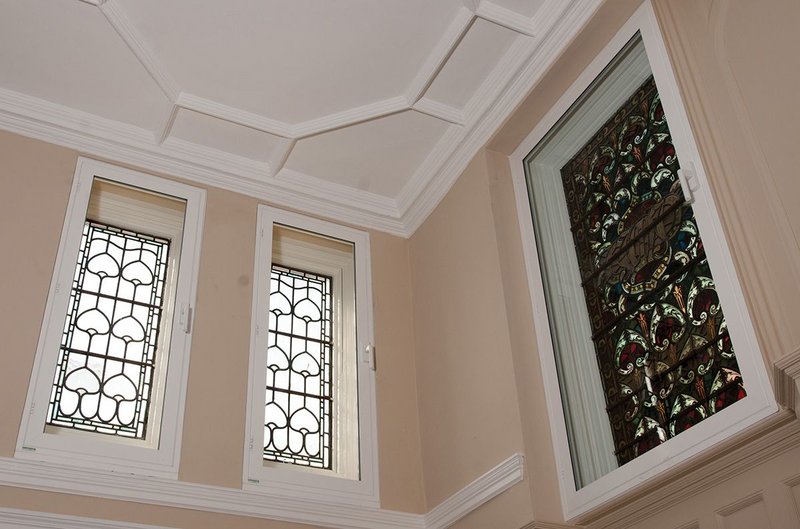 Times are tough for heritage, as the saintly march of sustainability brings ever more stringent building regs, sacrificing even for the grand old mansions up the hill to redevelopment. But Colchester’s lucky Greyfriars – Georgian home, then nunnery, school and college – has been saved and restored as a luxury hotel. The ticklish problem of the historic window, insulation’s arch enemy, has been gratifyingly solved with the use of secondary glazing by Selectaglaze, to make the elegant originals efficient. Can you spot the overhead view of four kneeling Franciscans at prayer in there?
selectaglaze.co.uk 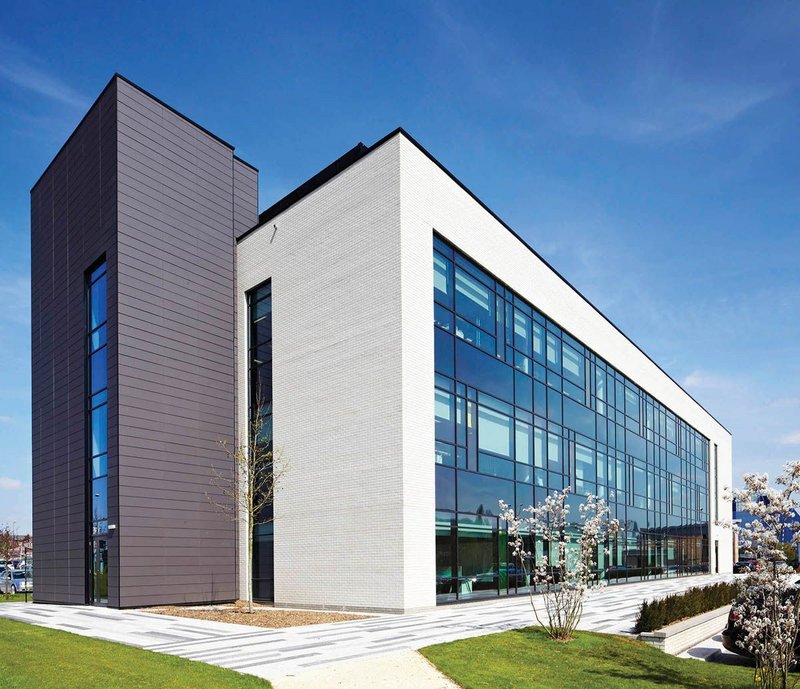 We all know magic is really all around us, it’s just muggles that can’t see it. JRR Tolkein’s creatures of Middle Earth might well pass Stockport’s Strata Campus as they float downriver to the Undying Lands, the enchanted Rivendel falling away to reveal the future – gritty realism filled with 21st century business blocks. But that verdant elven world is recalled in the green glazing on Strata’s The Codeworks, where Technal’s aluminium curtain walling systems have helped achieve a life-enhancing A-rated energy efficiency. Can real life be magical? We’ll see.
technal.co.uk