Eight of the best products to make you happier outdoors 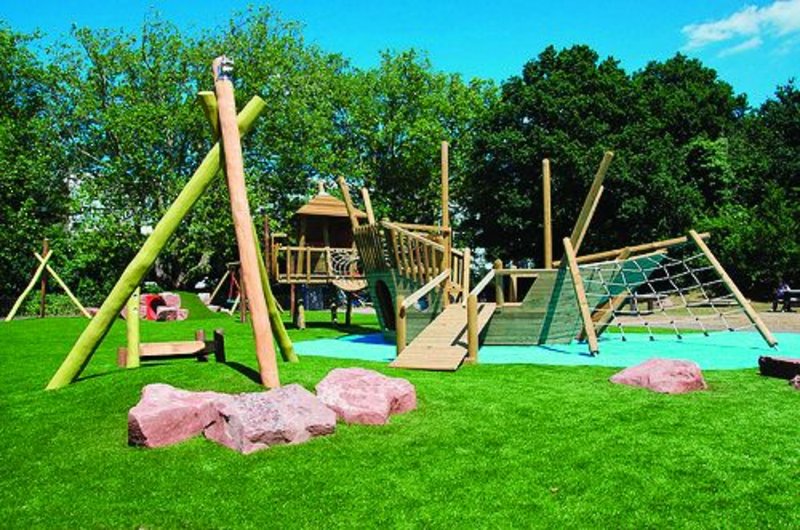 There’s nothing like an adventure playground on a hot summer’s day is there? It teaches kids to gauge risk and lets imaginations run riot, with a gaggle of parents nearby armed with drinks, tissues and all the playground gossip. But that running riot bit can play havoc with the grass - it becomes a mud puddle in winter and bakes hard as concrete in the summer. Thank heavens for Nomow G3 ShockSafe Impact Pad System, an ‘exterior safety flooring system using durable, natural looking artificial grass’. I’d like to know where that ‘natural’ blue stuff comes from though.
nomow.co.uk 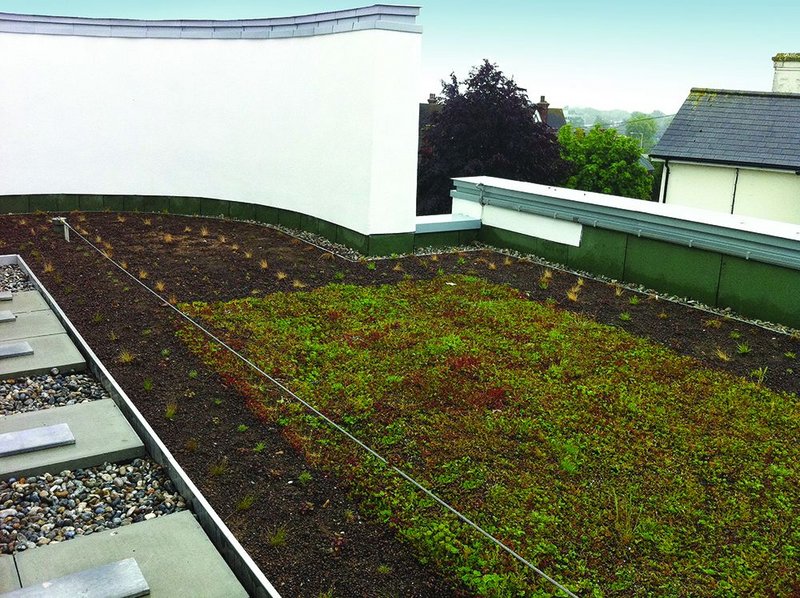 A bird’s eye view of Ashford in Kent shows a monstrous urban carbuncle on the green face of a much loved friend. Fortunately, the county council is doing its bit, installing Bauder’s green roofs on its Ashford Gateway building. All too often though, such innovative ideas are ruined by post construction neglect (think streets in the sky), and your ambitious green roof can turn into a brown site. But Kent isn’t called the garden of England for nothing: it has wisely contracted Bauder to maintain the roofs, boosting diversity, air quality and plant life all year round.
bauder.co.uk 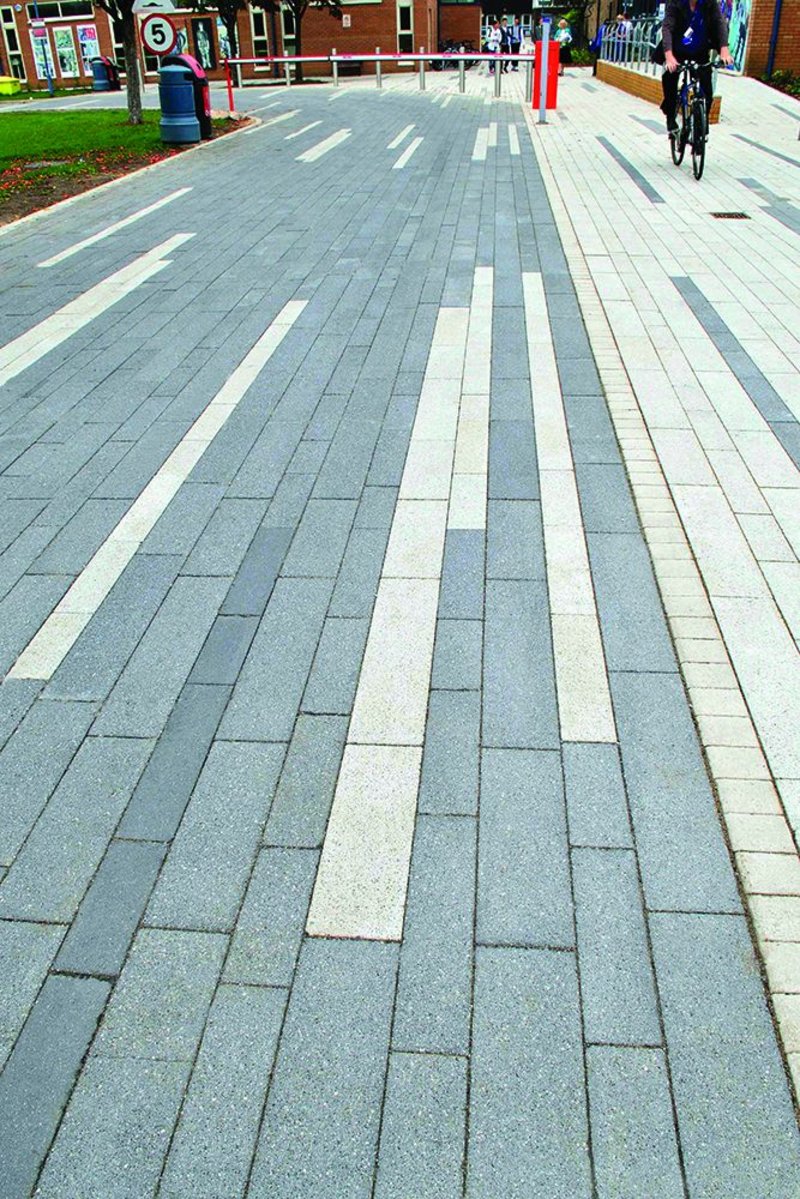 Remember those Pearl & Dean ads at the cinema in your teens: what looked like white window frames zooming towards you from a dark blue screen accompanied by an urgent, happening beat. This heavy perspective of Kilsaran’s Pembroke and Tara granite pavers – part of a major refurbishment at Lancaster & Morecambe College – brings it all flooding back. Half a lager and lime before rebuttoning the greatcoat and dashing off to savour Performance, The Shining, 2001 A Space Odyssey... Aah, the heady seventies. Da daa, da daa, da daa, da daa, da da da; da daa, da daa, da daa, da daaaaa, DA!
kilsarangroup.co.uk 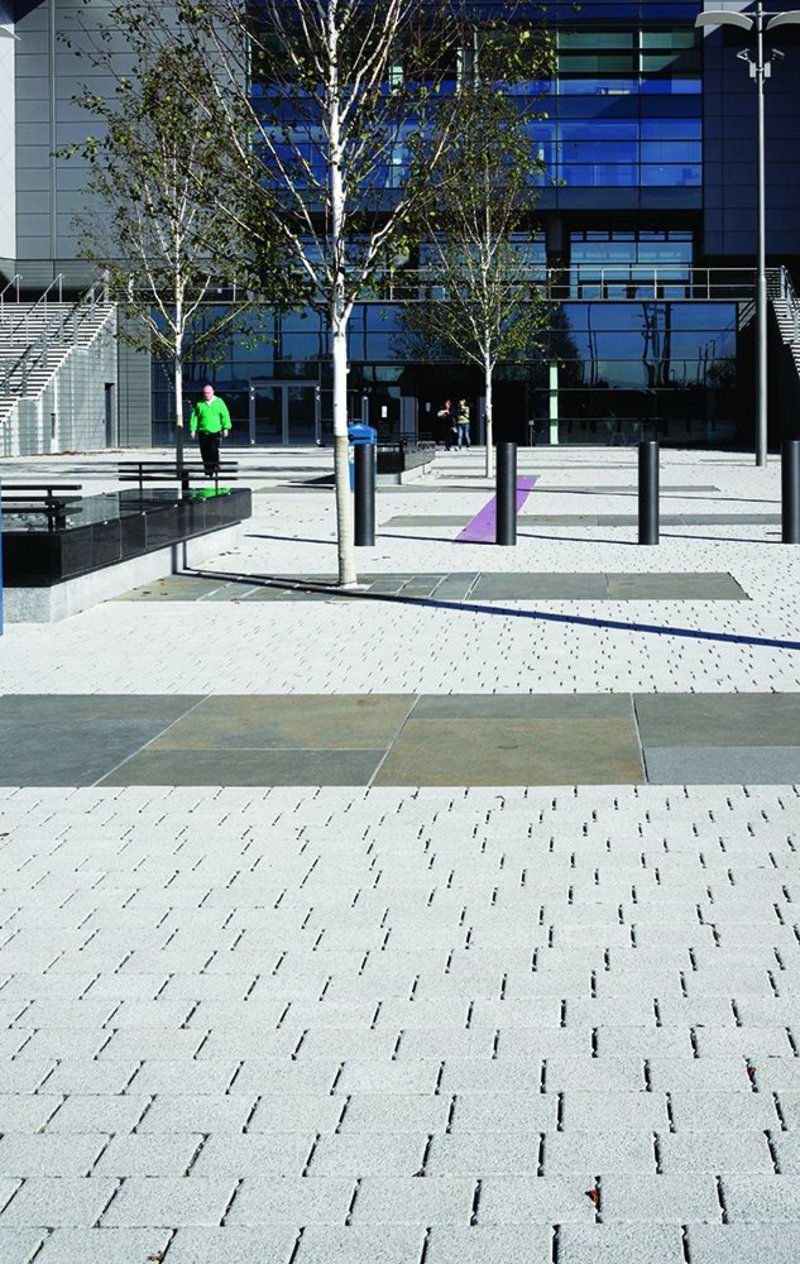 Glasgow’s Emirates Arena, built for the Commonwealth Games, is hugely important for the city and, says the press release, is surrounded by £350,000-worth of Tobermore products... goodness, the delights of Scotland’s single malts are legendary!! Oh, no, hang on a sec, that’s Tobermory, from the distillery on the Isle of Mull. Disappointingly, but more practically, we are referring here to the elegant paving products supplied by the Tobermore plant in Northern Ireland. Well, bottoms up, it looks world class, and as part of a SuDS strategy, brings new meaning to the phrase ‘old soak’.
tobermore.co.uk 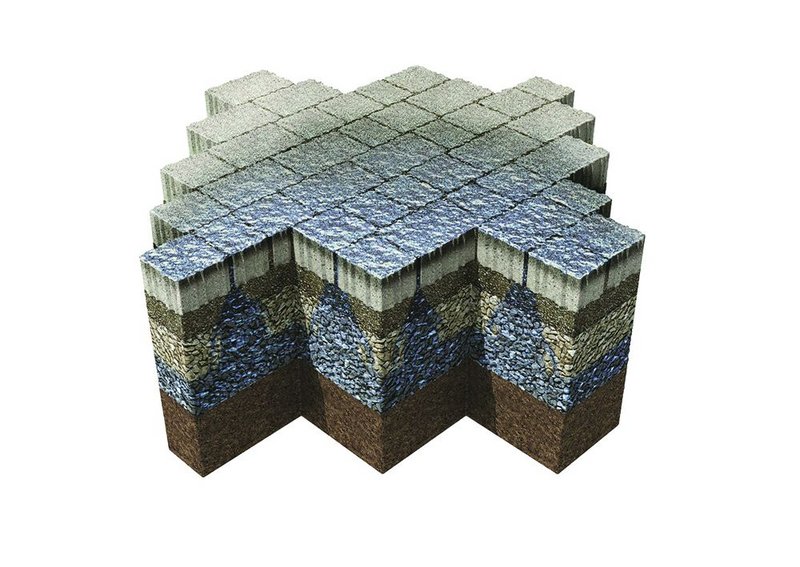 One doesn’t like to be ungrateful, but this slab of Battenberg cake doesn’t really look very inviting – even to the sweetest tooth. In fact to be honest, it looks more suitable for laying in front of some new housing scheme – permeable paving to mitigate flooding. But as hard landscaping manufacturer Marshalls points out, when it comes to the crunch, despite a wealth of products, regulations to boost the use of systems like SuDS, swales and permeable pavers are rarely enforced. Why? And as for the latest delay to the National SuDS Standard, well, that really takes the biscuit.
marshalls.co.uk 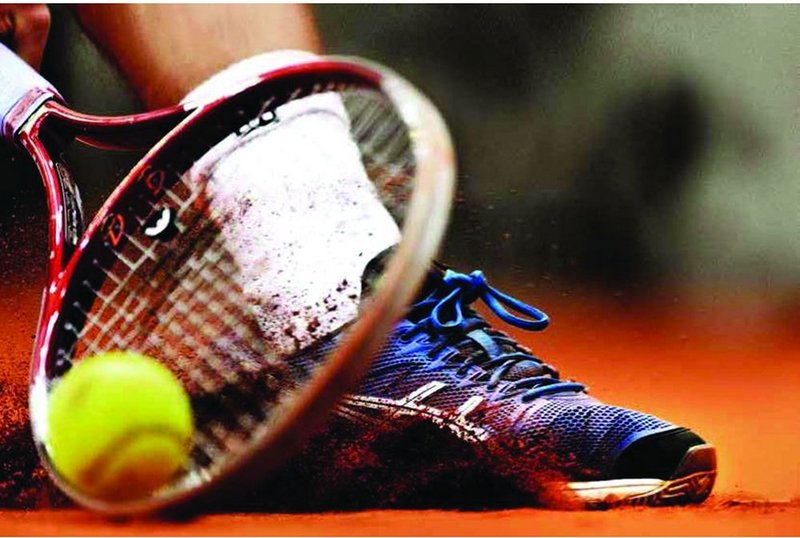 With the Wimbledon tennis championships looming, shops in south west London are stocking up: strawberries, cream, sun lotion, binoculars... umbrellas, pac-a-macs, something to while away extended breaks in play due to the rain... Of course, now it has that roof, if the All England Lawn Tennis Association got off its grass and put in some clay courts, things would be so much easier – think of the nightmare of coping with the danger of last winter's waterlogging. Conica Technic’s Conipur Pro Clay, laid by Fosse Contracts, could solve all those problems – game set and match!
conica.com 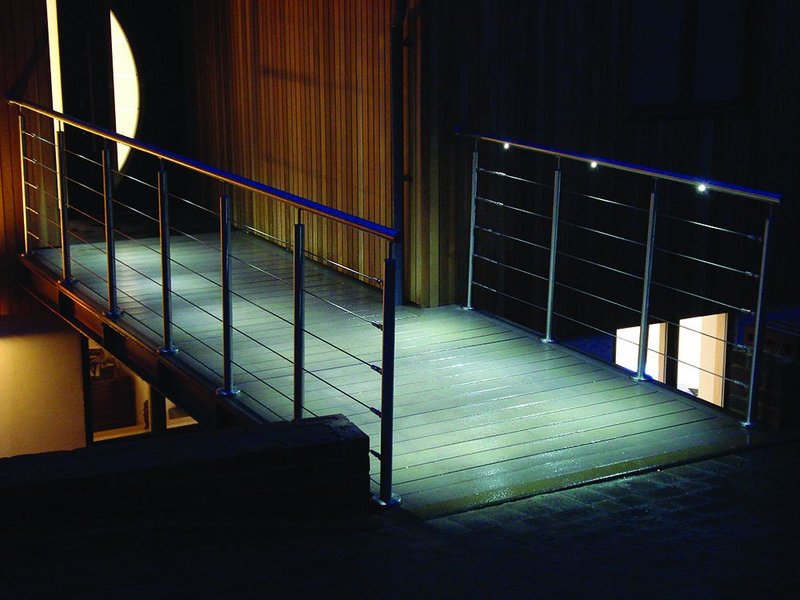 In the good old days of smog, black and white telly, drinking and driving and bobbies on the beat, we made our own entertainment – and often our own safety systems too. There’s a tale of two young men driving home from work after a few too many in the pub. The smog was thickening. ‘Don’t worry,’ said one, ‘I’ll lead – you just follow my tail lights.’ Illumine, an LED-studded handrail system from SG System Products, should stop stumbling in poor visibility, and might have been inspired by this story. And the boys? They’re still telling the tale during the ad breaks.
sgsystems.co.uk 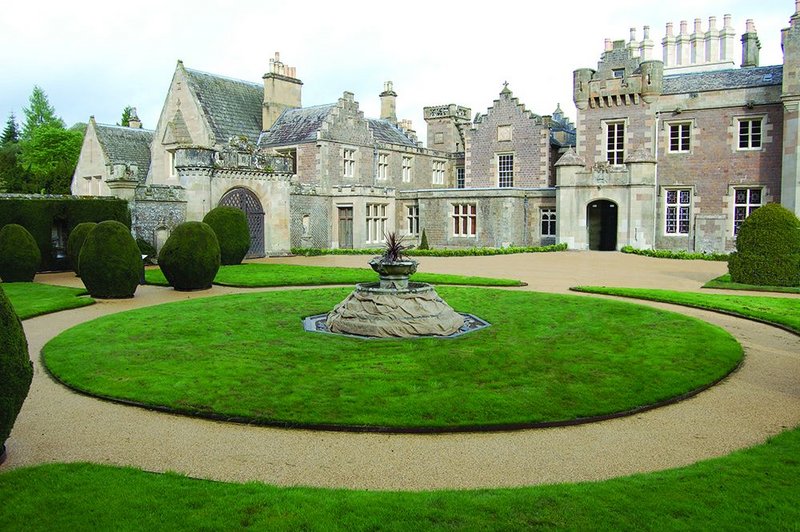 Abbotsford House near Melrose is where Scotland’s most famous literary son died, having created legions of romantic heroes and heroines depicted in a style desiccated enough to bring the Gobi desert to the soggy Borders. Scott’s fairytale mansion should be equally dry, now that 850m2 of Addagrip’s Terrabound resin surfacing has been installed below its paths and walkways. Such neatly cared for lawns seem a long way from the battles, intrigue and passion of Ivanhoe and Rob Roy, but surely Liam Neeson would be happy to fall into Jessica Lange’s arms here.
addagrip.co.uk