From liquified legs to apparitions of granddad... the wonders beneath your feet 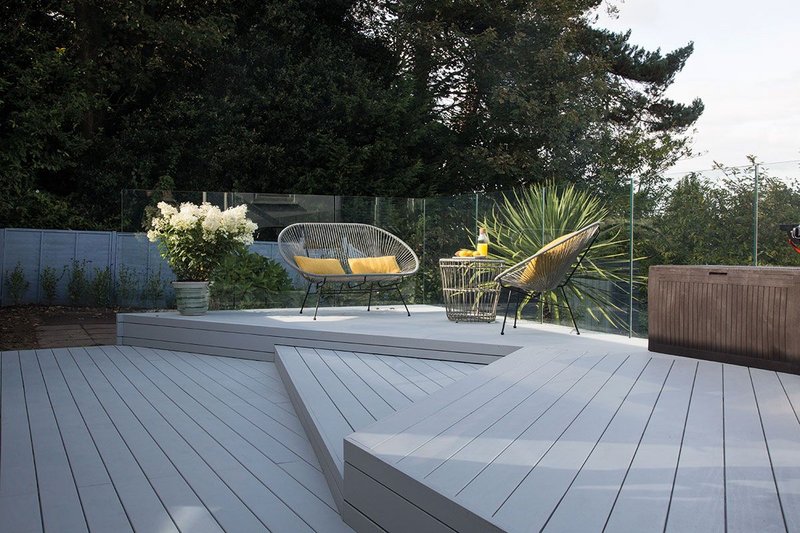 If Giotto had had decking like this project in Bournemouth, it is a fair bet he would have beaten Brunelleschi to a theory about perspective. Converging and diverging patio lines come courtesy of the screwless Magnet System decking made from sustainable Accoya wood. The material is ideal for outdoor applications, because the magnetic clips on the decking, which has been finished in light grey, can be fixed and removed in seconds, vanishing one included, there is not a single point about this garden feature not to like. 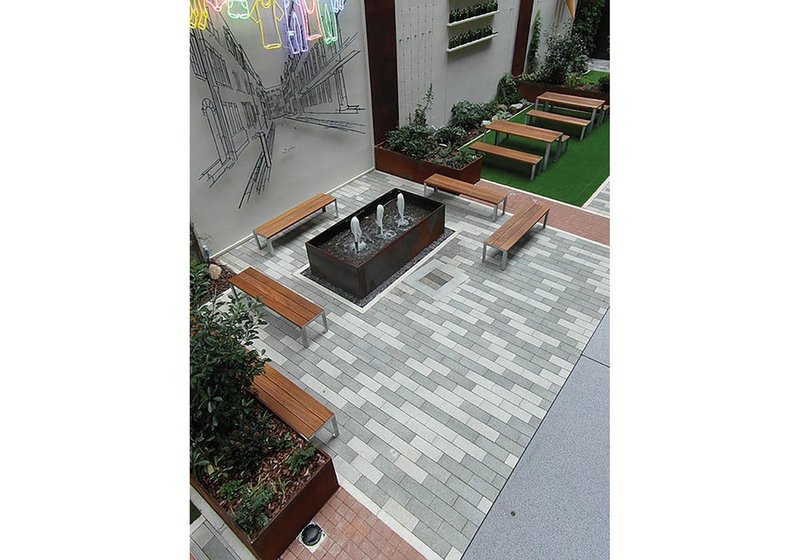 ‘Ere! No, over ‘ere! Yes, me, the symbol of Victory on this war memorial. It’s not just me I am trying to draw your attention to, but our brave lads ‘oo died in them trenches one ‘undred years ago. Look at the list of them! But you’re not, are you? You’re ogling that neon washing, the backstreets of Blackburn and a rusty fountain on top of the Drainjoint paving. Well, it’s all very well. A slice of life, yes. But never forget the fallen wot left from them streets and never came back. 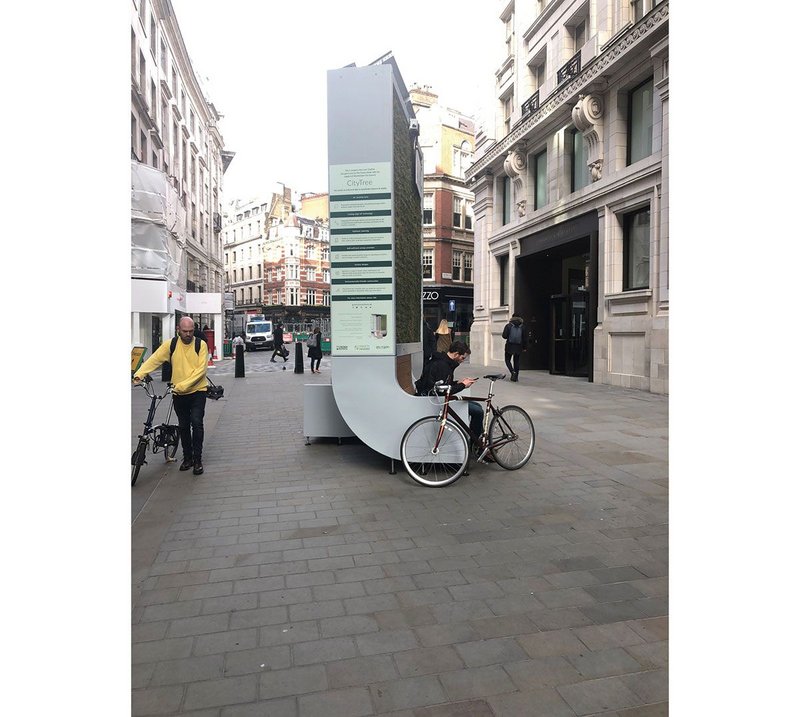 Doesn’t this man know his, surely, pomaded hair is setting back the fight against urban heat islands? Selfish devil, checking his phone there, on a new air filter system, made of irrigated moss, no less, and intended to reduce pollution in cities. As he should well know, being a cyclist, there are few more places this is needed than London. I just hope his oiled noddle doesn’t prevent the reduction of particulate matter by anything close to the slated 30% or else upset funder Westminster City Council and installer Crown Estates. 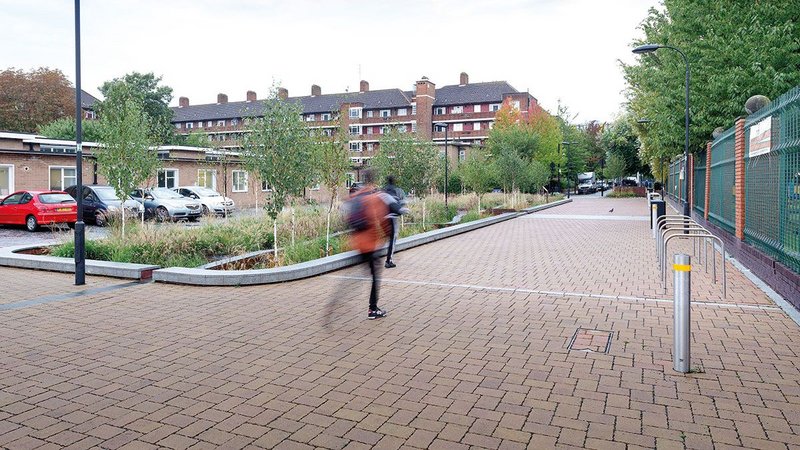 When the aliens first arrived, no one noticed. Not such a remarkable fact as they took the guise of pigeons and you would only know they were from outer space due to their turquoise eyes (hard to see from a distance, I’ll grant you). In fact, life went on pretty much as normal until Khalid Begum found his leg liquidising on his way back from the Co-op and dribbling though Interpave’s permeable setts. He made to escape, but found his mobility vastly reduced, as another man in front of him suffered the same fate. ‘Hop away! Hop away!’ he shouted. 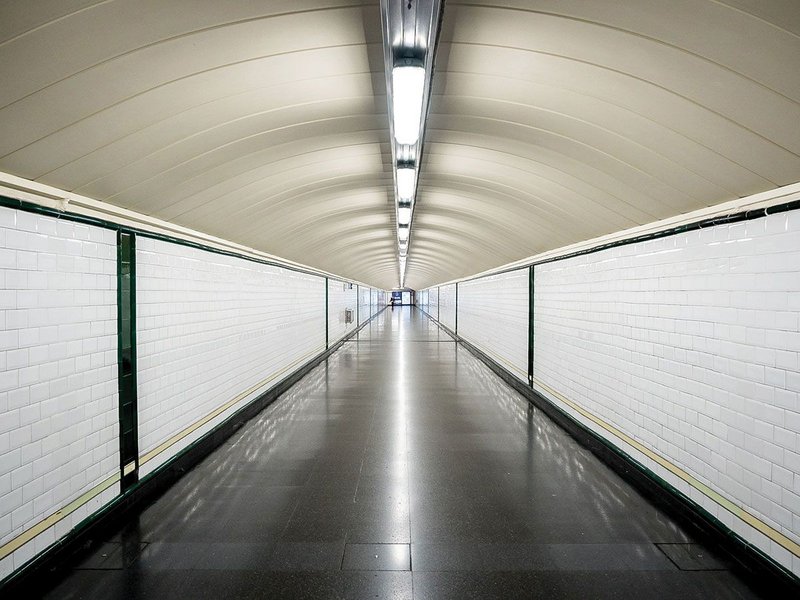 And I looked down and I saw myself lying on the operating table, which is weird, because I only came in for a root canal. And there was light and I was floating down the corridor lit by Nero LED lights. And at the end, I saw granddad, which is also strange, because he is meant to be on a caravan holiday in the Algarve. He said: ‘Turn back, you still have things to do, son’ and I replied: ‘If you’re going on about the shelving, I’m waiting for a drill bit from eBay.’ 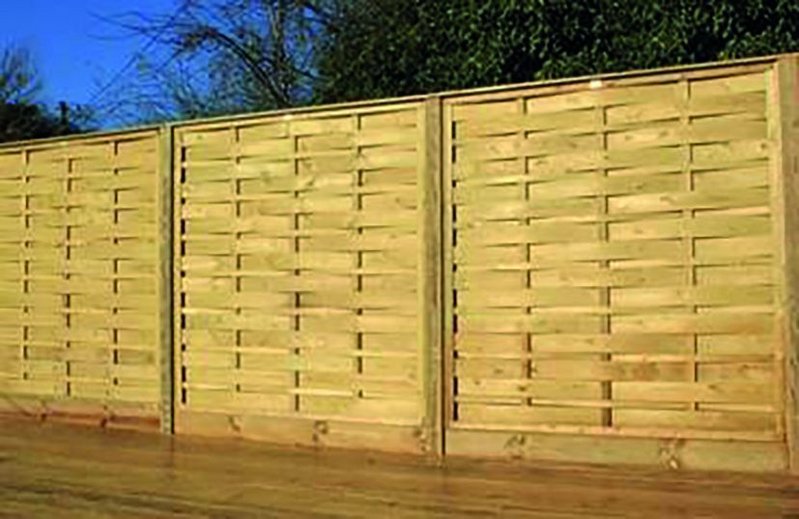 One for all and all for one! Oh... Jacksons claim to be ‘the fencing people’ but all I see here are wooden slats. I don’t understand it at all. No doubt someone will jump out from behind that picket with a sword soon enough. I certainly hope so, because I have been practising fencing with one hand behind my back, up on the tables and even swinging from the light fittings ready for this meeting. Looks like I will just have to engage with this post until trouble arrives. En garde! 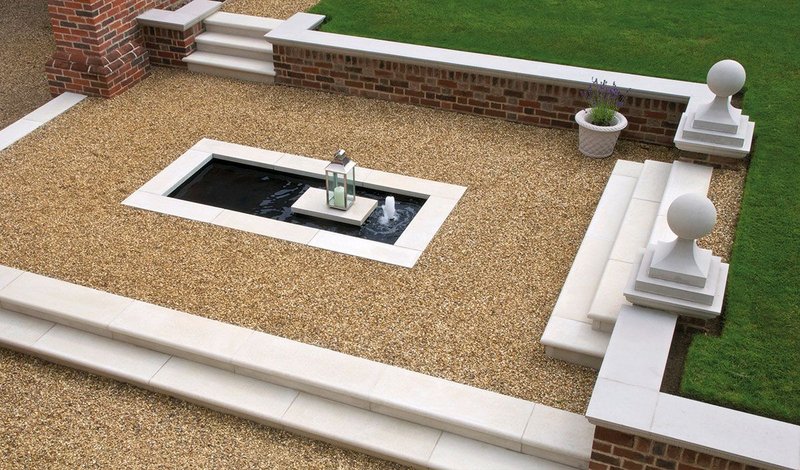 There was an uncomfortable silence when Pete unveiled his fully mechanised and jet-powered representation of the final journey of the soul over the River Styx to the family who had gathered on the lawn. Aunty Scilla tried to smooth things by drawing attention to his imaginative symbolic portrayal of Charon as a lamp, pointing out that it offered a notably optimistic take on what could otherwise be a rather gloomy prospect from the conservatory, even if made using Haddonstone’s beautiful architectural stonework. 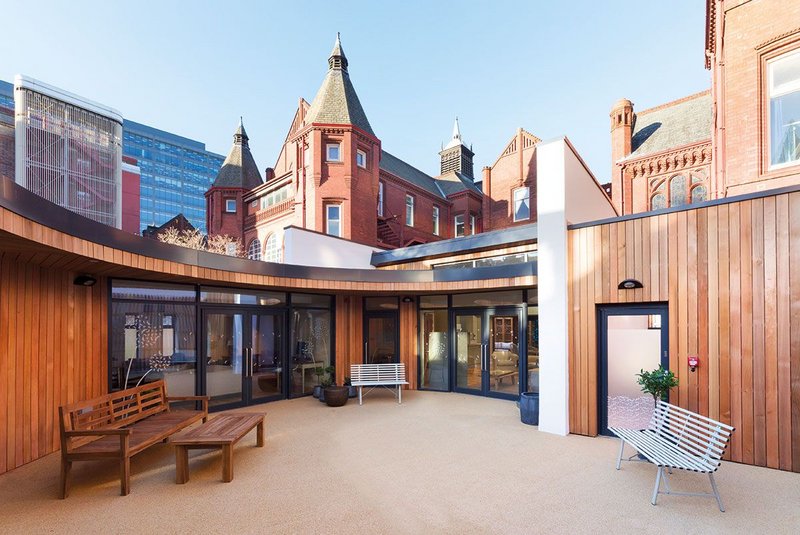 The little courtyard at Magnolia House, the (awful words) palliative care centre at Birmingham Children’s Hospital, has been fitted with Marley Alutec products. To be honest, it’s unlikely the kids will come out here much, or that the parents or other adults who sit on these benches to collect themselves or smoke the fag they have found themselves smoking again will notice the exact finish or boltless guttering. But their restless eye will at least fall on nothing displeasing or disharmonious. Sometimes that is the best that architecture can provide.