Eight applications for an excellent outdoors 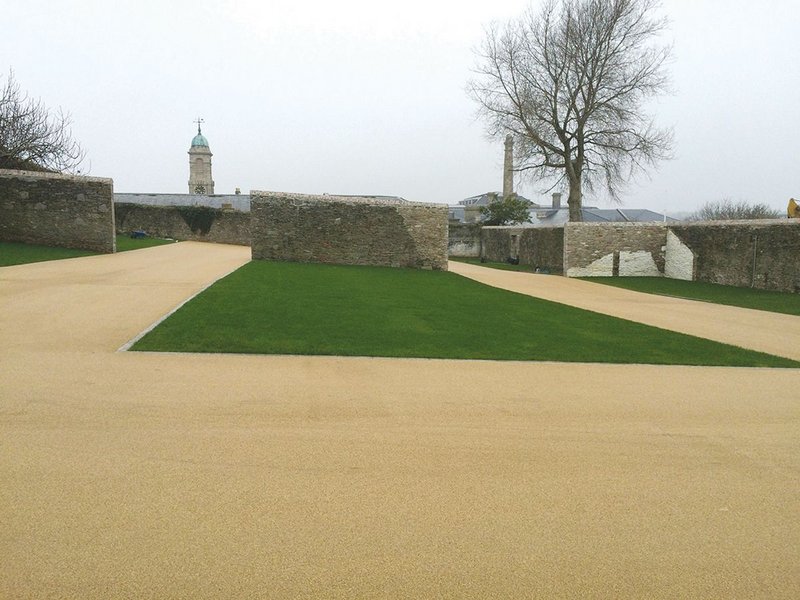 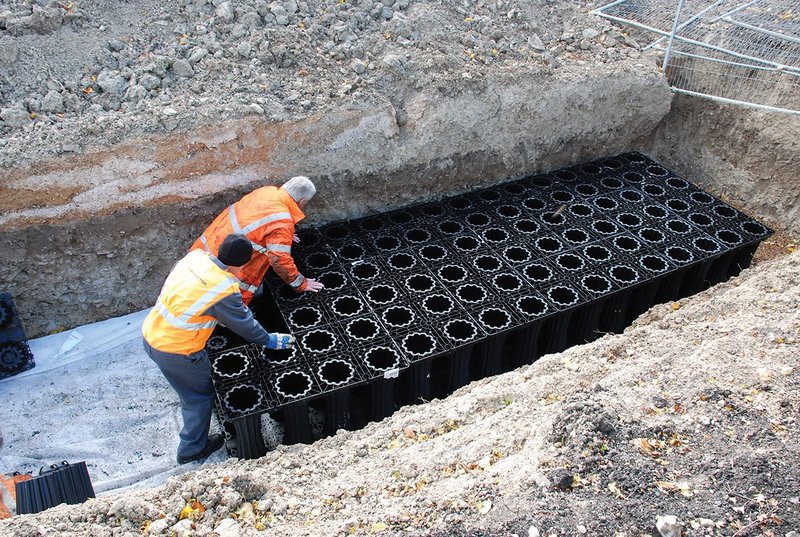 Fans of comfort-TV sleuthing dramas will be excited to see that the Chinnor and Princes Risborough Railway – star of many such sets – has a new Restoration & Education Centre, sustainably kitted out with ACO’s StormBrixx soakaway system. We can only hope the station master doesn’t arrive one morning to find a barely dead hand protruding from the hardcore. Exasperated by Miss Marple’s interfering, Midsomer Murders’ DCI Barnaby’s only hope of gaining any sense of power could lie with one of the heritage line’s steam driver courses – a snip at £400!
aco.co.uk 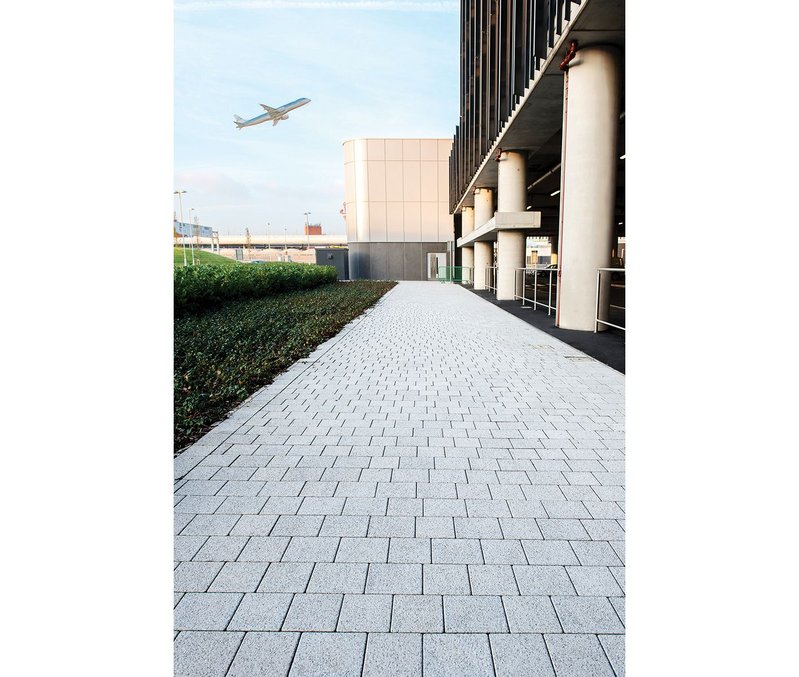 Runway-greedy Heathrow always was the glamour puss of airports. As a child I joined a friend’s birthday outing, which simply involved visiting Terminal 2 and peering at the tarmac where celebs like the Beatles and Marilyn Munroe had waved at ranks of screaming teenagers. Our pleasures were simple. The new T2, the Queen’s Terminal, is retaining its glittering image with not just a wavy roof, but landscaping that actually sparkles. The exposed granite of Tobermore’s Sienna and Sienna Duo Silver paving is as hard-wearing as it is glam. All together now: OMG!! Kiss me Zayn!
tobermore.co.uk 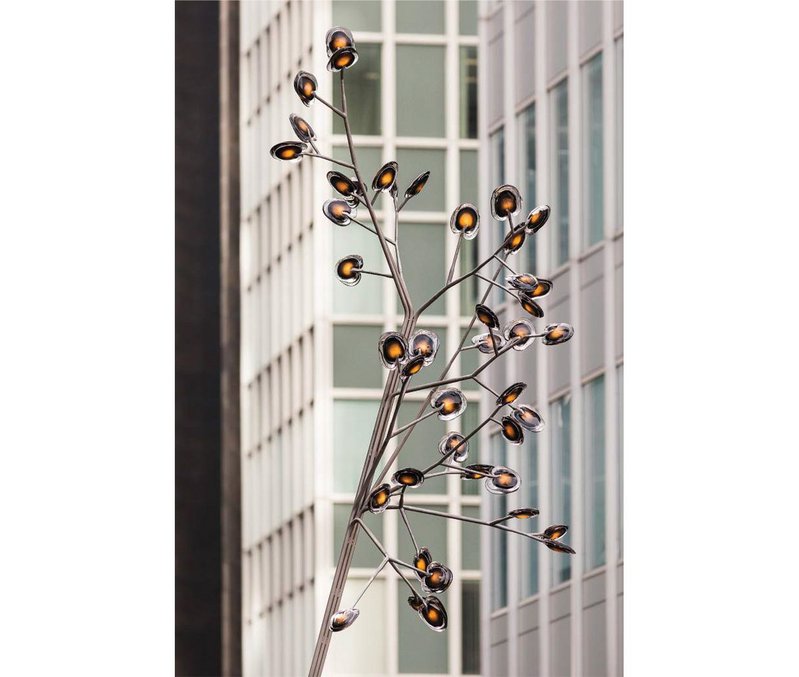 Boing!! Old hippies might die, but their legacy lives on. Here Bocci has created an illuminating version of the trees in the cult 1960s TV series The Magic Roundabout. This one, 16, is made of layers of coloured glass, lit by an LED and attached to an armature. Slightly more sophisticated than the originals admittedly, and useful as well as decorative, but is Dougal grumbling at Florence beneath it? Where is Dylan and his guitar? Do Ermintrude’s warblings waft over the breeze? We could get lost in a psychedelic reverie here... but boing!! Time for bed, said Zebedee.
bocci.ca 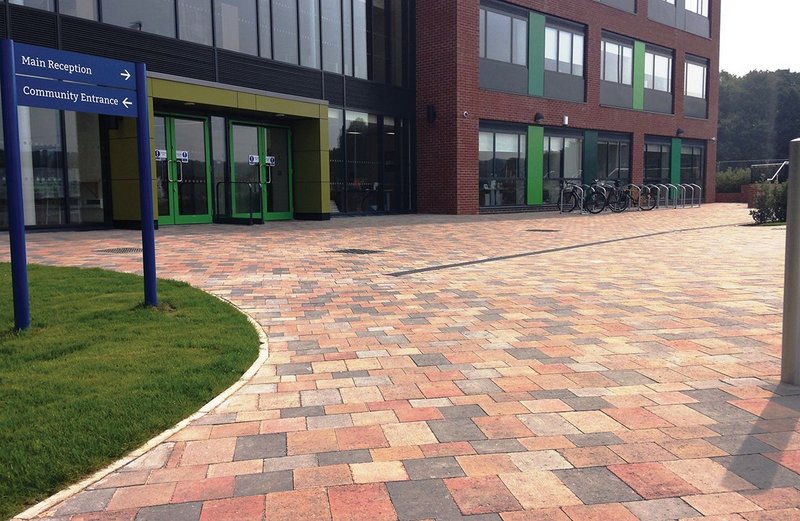 Art Appreciation class, Sandymoor School in Cheshire: ‘Now children, what are we reminded of by this meticulous random paving at our school entrance – Mellifont block paver supplied by Kilsaran in a three size mix using a Rustic, Charcoal and Curragh Gold colour blend? Is it the pointillists, who used many coloured dots to create shade and tone, or the bold coloured squares of Mondrian perhaps? There’s even a hint of Rothko’s Black in Deep Red. Yes, Eugenie, you’ve got it – it’s Carl Andre’s Equivalent VIII writ large! Oh, George... no, don’t do that George...’
kilsarangroup.co.uk 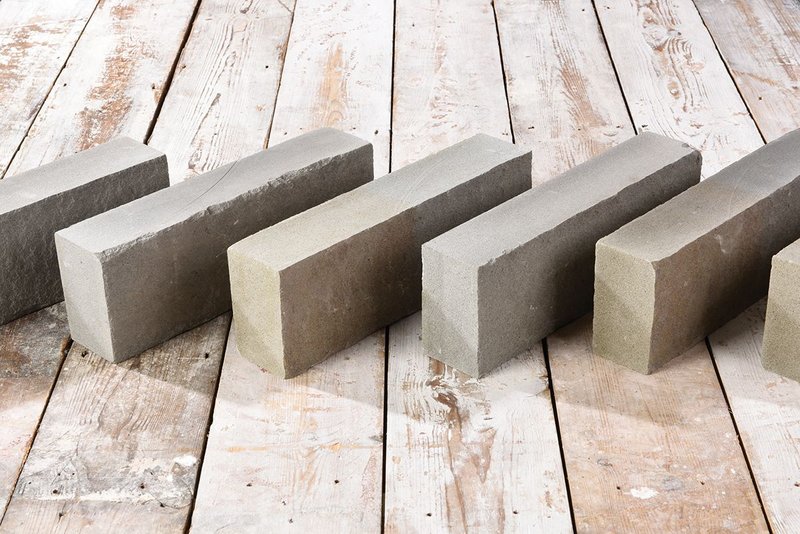 Little Boy Blue had the blues: he needed some sustainable stone to build a wall to hem in the sheep and the cows. But could he find any? He ran round searching like a blue arsed fly, he asked til he was blue in the face, he looked out into the wide blue yonder, thought blue sky thoughts, and screamed blue murder in his frustration. He was in a blue funk. Suddenly, like a bolt from the blue, the man from Forest Pennant appeared. ‘We’ve a chance that comes once in a blue moon,’ he said. ‘We’ve dug deep in our Barnhill quarry and found great reserves of Blue Pennant.’ Well, that LBB was tickled pink.
forestpennant.com 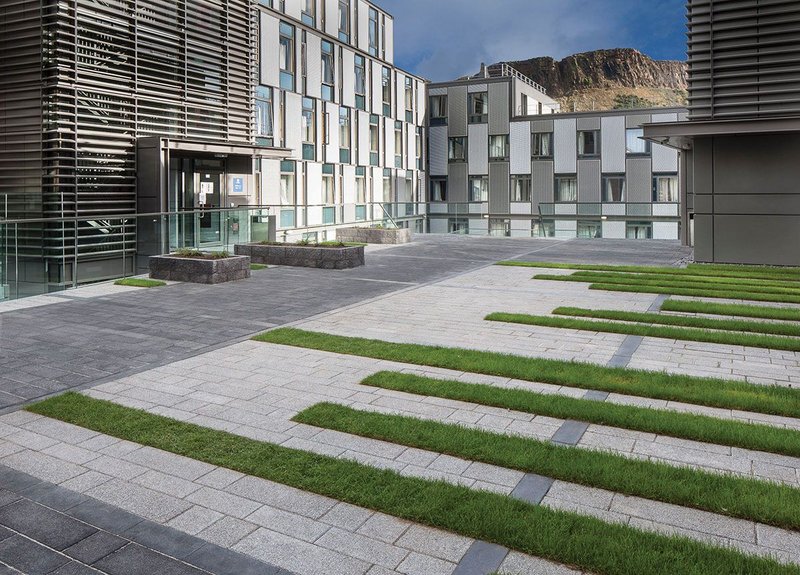 Students at Edinburgh Uni’s Deaconess House accommodation had better shape up. In today’s fees-driven academia, their tutors  appear to have installed a performance bar chart in the quad, to either shame or motivate them. Brett Landscaping’s robust and durable Piatto block paving in Silver Granite and Dark Basalt combine with soft turf – perhaps metaphorically reminding hapless students that any who see study as a soft option will soon hit the hard realities of life: so get up, put that Jagermeister shot down, and knuckle down to your studies. Big brother is watching you.
brettpaving.co.uk 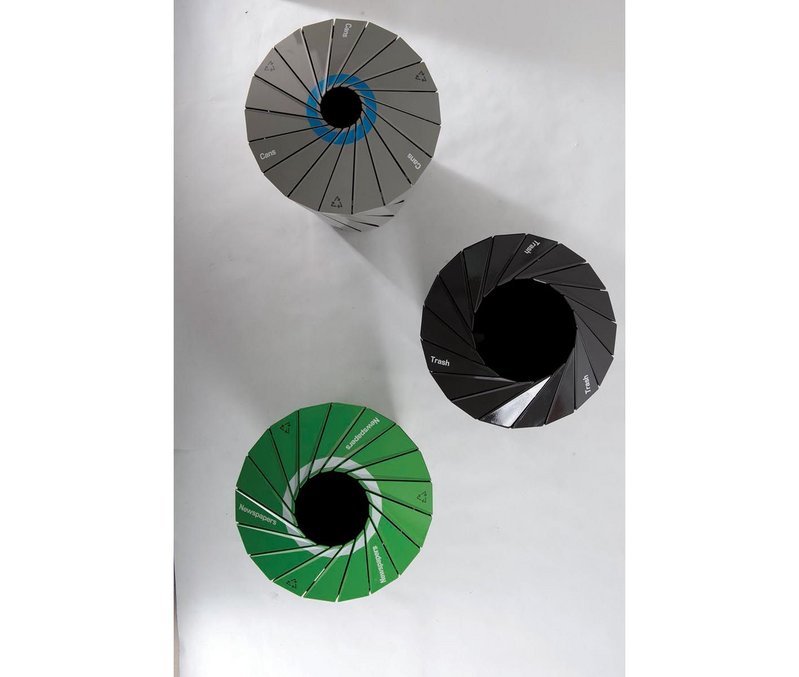 From bench to bin... no, I’m not talking about the office worker’s lunch, hopefully opened as they sit in the spring sunshine of New York’s Central Park but speedily revealed as less than palatable. I mean these stylish numbers from Landor, trash cans colour-coded for recyclability and inspired by the 1939 Corona Park bench, which now grace said open space. In a country that reportedly trashes 40% of its food – $165bn worth – and recycles more than a third of its waste, bins are big business. So whether you’re dumping your pizza, paper or pepsi, in stylish NY even the garbage is modish.
landor.com 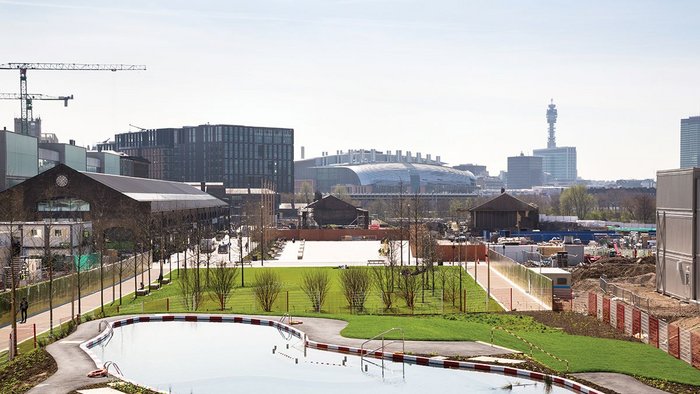 King’s Cross walks on the wild side 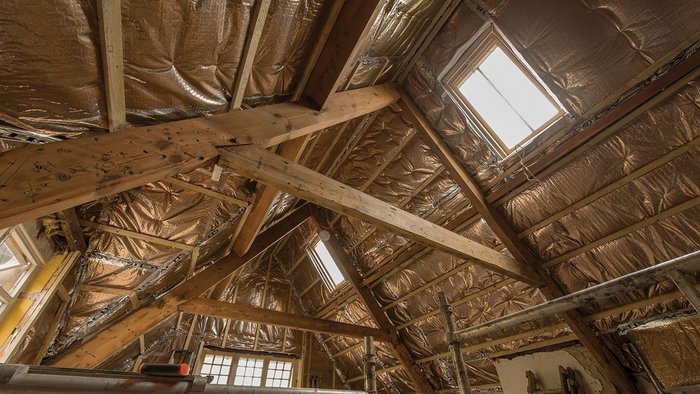 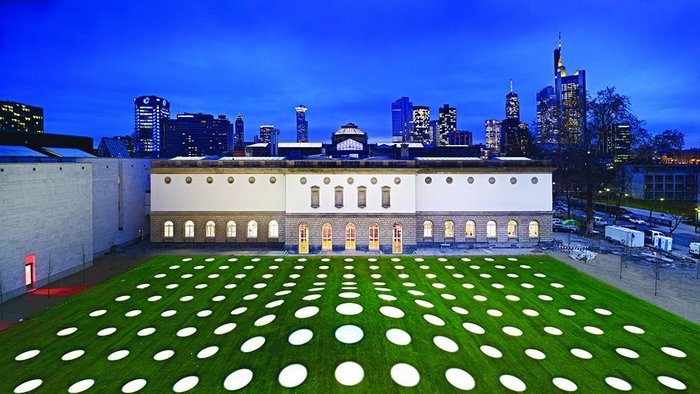