Products to keep you on top

We’re not sure whether the £3.8m redevelopment of Sneinton Market will make it ‘Nottingham’s own Covent Garden’ as the planners want, or even whether that is a good thing. In fact, the new overhaul seems to be more Cantonese in design. Eurocell cleverly re-purposed one of its conservatory tiles to match the market’s original Victorian roof design and colour (anthracite, in case you were wondering.) One question: if we southerners grant you your own Covent Garden (thanks Northern Powerhouse!), will you take our awful living statues as well?
eurocell.co.uk

You get a whole lot of roof for your money with this building! And so any restraint shown in the ribbon windows is counteracted by the opulent tresses of roof flailing hither and yon in the brightening sky. In fact, the luxuriating dome apparently even needs to be tethered to prevent it billowing away. Now, waterproofing such an expanse might look daunting but it’s actually that bit easier thanks to Tremco’s new Rapid-Cure Roofing Formulation – the stuff cures in just 30 minutes and can be walked on after a mere hour. Just try not to tumble off it.
tremco-illbruck.co.uk

Hoist the mizzen, and splice the mainbrace, me lubbers! Set forth, nay, fifth for the Welsh National Sailing Academy and don’t spare the windlass nor hoist the petard. The running tide is calling, but the flung spray and blown spume won’t trouble Ellis Williams Architects’ stepped, cylindrical structure – even standing, as it does, between dunes and marina. And that’s thanks to the application of Sika’s Liquid Plastic Products over the entire building envelope – and carried out in the winter, to boot. Full steam ahead and poop poop on the ocean waves!
gbr.liquidplastics.sika.com

It’s terrific that a European roofing system was chosen for New York’s 1,776 ft Freedom Tower, the tallest building in the Western hemisphere. Apparently, Kemper’s white reflective coating reduces the ‘urban heat island effect’ (actually, in these chilly winter months a heat island sounds rather appealing...). It seems the cold liquid-applied membrane covered the ‘exposed steel details and up to 400 penetrations’. Sadly, the ‘tough, flexible waterproof surface that bonds permanently to the contours of the substrate’ sounds my ideal outfit for lounging around on a heat island nowadays.

The festive season is over, baubles wrapped and stored, and we’re on the obligatory seasonal penance of dieting, exercise and financial retrenchment. So no holiday this year. But one look at Marley’s  warming handmade clay tiles will dent even the sternest partner’s moral rectitude, summoning memories of long hot afternoons lazing in a Kentish cornfield, her flowing hair, his rippling chest, the red-roofed village inn beckoning with it’s welcome pint and ploughman’s. Aaah, lost youth... but let’s put away the holiday brochures and concentrate on the loft extension.
marleyeternit.co.uk

This roofscape, more reminiscent of the Isle of Skye’s famous Cuillin mountains than the graceful flow of a ballerina in full pas de deux, is the unexpectedly pointy summit of London’s Royal Opera House. But for an establishment that has suffered two fires, two rebuildings and the comprehensive 1990s refurbishment, a reliable structure is essential. So the use of T-Pren’s waterproof expansion joint on these complicated roofs reduces rainwater outlets and promises to keep the company within safe and dry – so they can enjoy more of the swan and less of the lake.
t-pren.com

Hassocks is one of those distinctly clerical sounding words. But does it refer to a) something one might wear when officiating in church, b) a game surreptitiously played with small bits of rolled up paper by choir boys during the sermon, or c) the curate’s non-blasphemous oath when he singes his nose as he snuffs out the altar candle? Actually of course, it’s none of these, but the Sussex home of the primary school that installed these ECO rooflights to brighten the premises without compromising thermal performance. As the head might have said: ‘Let there be light’, and, thanks to Whitesales, there was.
whitesales.co.uk

Construction is a serious business, but it’s good to see a sense of fun in buildings too. These Code Level 5 energy efficient semis going up in Bicester clearly have playfulness in mind. A miniature version could start as a cross between Kerplunk and Meccano (check that green roof membrane, Roofshield, which controls interstitial condensation), and when the scaffolding’s removed it offers pick-up-sticks for the dextrous kids in the family.Better still, with all that warm insulation, the grown-ups can have a few cocktails with the neighbours and play strip poker without a goosebump in sight!
proctorgroup.com 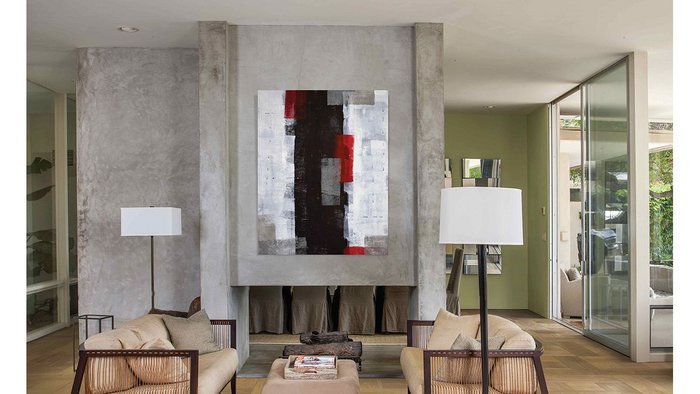 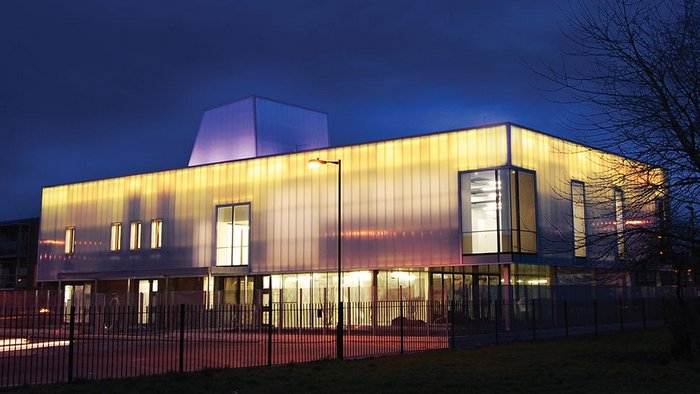 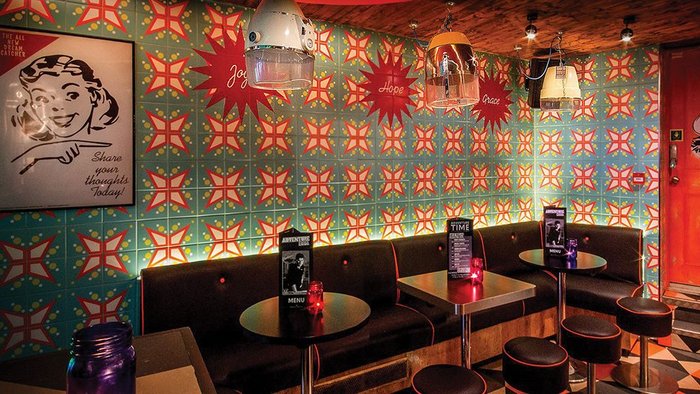