PIP puts a lid on the sector's latest products 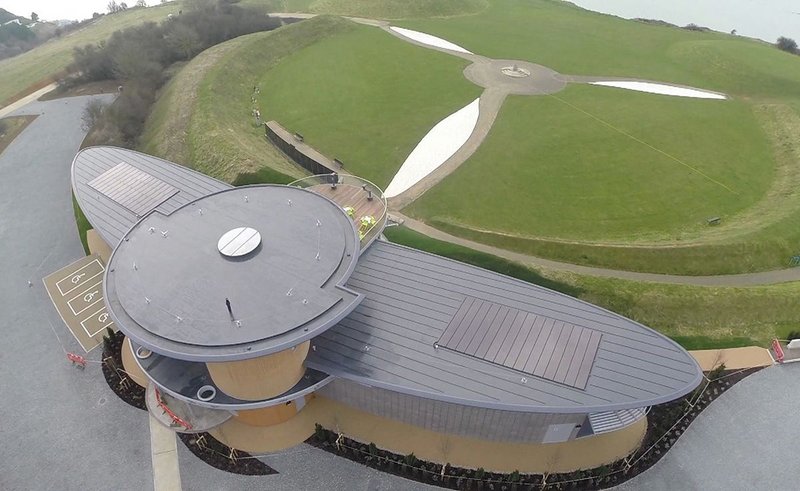 Military precision will have been the watchword for the creation of  The Wing, The Battle of Britain Memorial’s new visitor centre. Kent’s homage to ‘The Few’, the pilots to whom so much was owed by so many, relied on Bader – oops, I mean Bauder –Thermofol single ply membrane to keep the Spitfire wing-inspired roof watertight, and the firm’s 160mm PIR insulation to give it a 0.16 U-value. In a venue that surely oozes the memory of bewhiskered stiff upper lips and pipes, one hopes that, unlike these pages, there won’t be too much careless talk among the artefacts.
bauder.co.uk 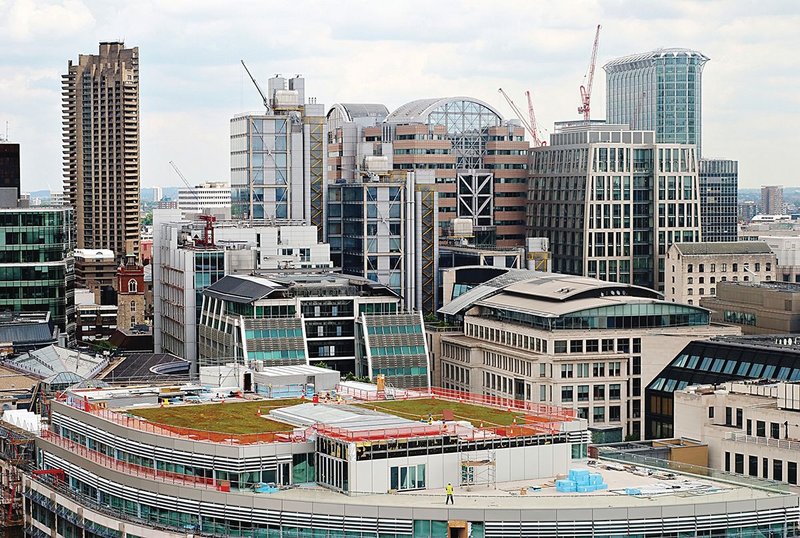 So you’ve bunked off the quarterly executive report meeting and are soaking up the sun on the green office roof, high above the city and the CEO’s Investors in People presentation. You could be in Nice or Tuscany; the gentle snipping sound of someone trimming the hedge – oh, my word, look at that new gardener! Rippling muscles, rugged shoulders, stubble ... well hello! Getting the hose out to cool things down, good idea. Just a sec – there’s water everywhere! Someone needs some CPD on SuDS for podium roofs. Off to IKO Polymeric immediately with you – it has just the RIBA-approved thing.
ikogroup.co.uk 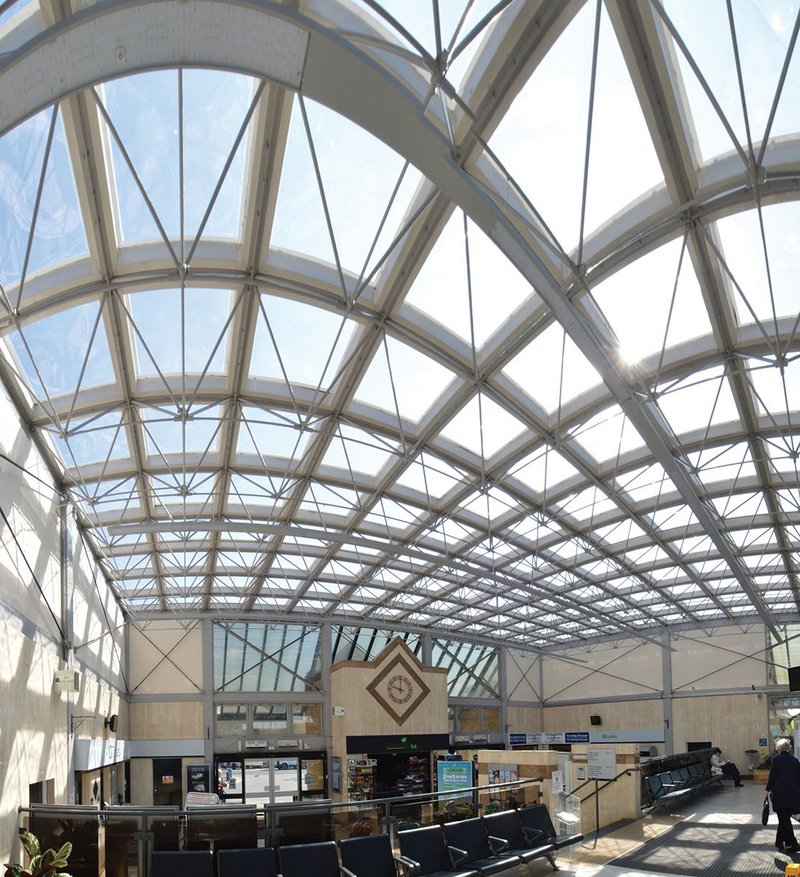 The railway station conjures heartbreaking adieus... think of poor Celia Johnson, stoically distraught as she plays out her passionate entanglement with Trevor Howard, largely in the gloomy station cafe and on smoky platforms. It was all so terriblair, terriblair wrong... But Brett Martin has briskly put paid to all that in Leighton Buzzard, its 130 Mardome Reflex rooflights brightening the cafe below and exposing to the skies any couples indulging in parting petting. Oooh, that thought before breakfast almost makes you long for the grim old days. Are those buns fresh, miss?
brettmartin.com 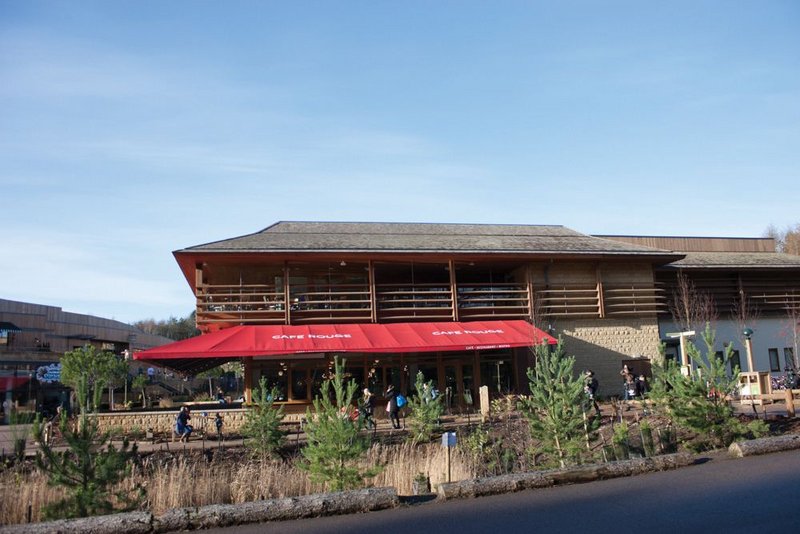 The comforting thing about the increasingly popular staycation is that you don’t need to put yourself through anything unfamiliar to have fun. No exotic smells, unusual sights, uncertain food or difficult currency, no language problems or surprises in the bathroom. At Woburn Forest Center Parcs, for example, you can stay in safety and enjoy any number of different cuisines under one reassuringly green roof. And you can thank Bracknell Roofing for those Western Red Cedar shingles. I said, YOU – CAN – THANK... er... vous peuvez merci... spasibo ... gracias... er... Oh, never mind.
bracknellroofing.com 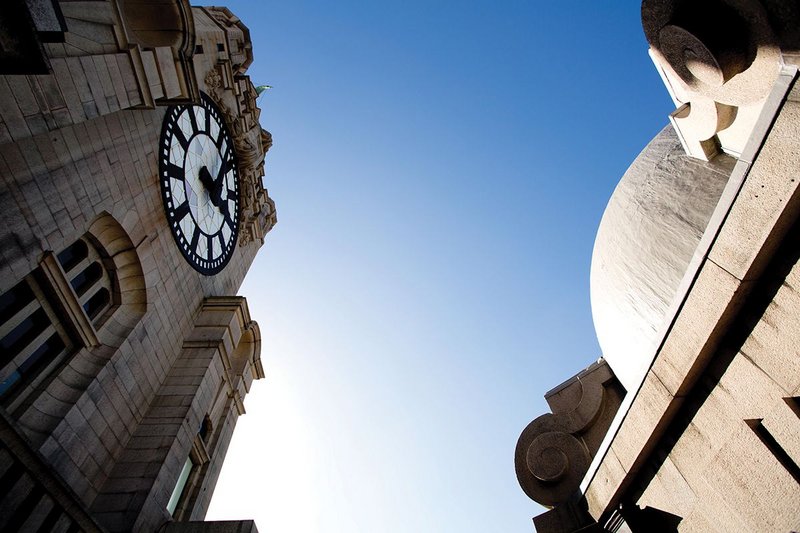 Still no sign of the Sun but it was a fine day in Liverpool when this photo was taken from the roof of the Royal Liver Building during work to refurbish the cupolas on one of the world’s first reinforced concrete buildings. As preparation for Cunard’s 175th anniversary this Grace is being spruced up with Kemper’s IK-PUR cold liquid applied waterproofing membrane. Though the Cunard building no longer houses the shipping line, you can bet there will be titanic references to its most famous vessel, with the Cavern Club, Liver Birds and Mersey Beat thrown in to remind us where we are.
kemper-system.com 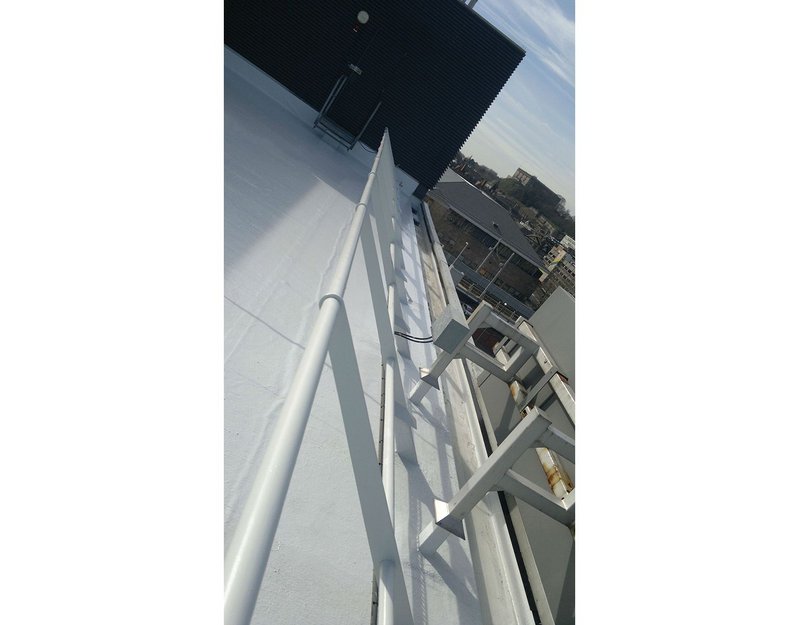 Arnie Squarejaw, maintenance chief at the hub of local authority operations in a Midlands town, takes his new girlfriend on a romantic adventure to New York. Meanwhile, the team back at HQ are acting worried. It seems an insidious, non-human presence has penetrated the HQ. Tension mounts as they battle to prevent damage to council records and fear stalks the offices. Only Arnie can save the day! When all seems lost he strides in with his Sika at his side, they seal the roof with Decothane Ultra and leaks are banished. Soaked staff cheer, new woman swoons. Who needs NY?
liquidplastics.co.uk 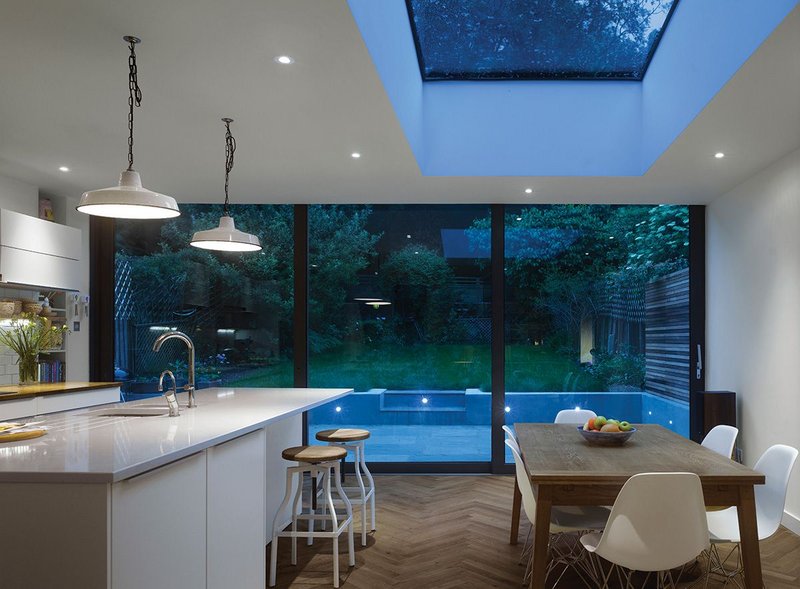 When a client with a young family looked to extend their Edwardian property in London, they felt driven to open out the ground floor and expand it into the garden, creating a focal point with room for the family to grow.

The result is a design that not only allows light to penetrate deep into the space by day, but becomes an admirable feature at night, giving views to the night sky from the new snug around the room’s wood burning stove. 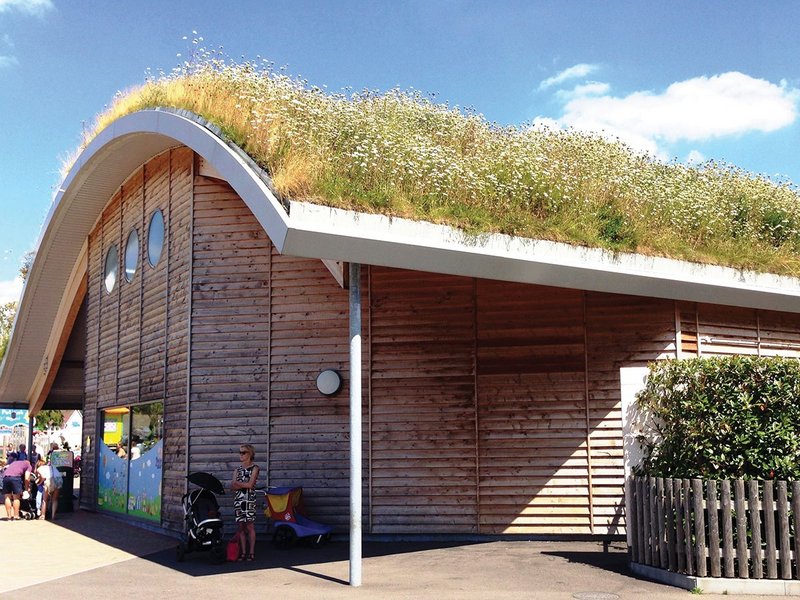 SIG Design & Technology has launched a green roofing system called VerdiRoof, made by Verdico. The growing medium is carbon negative in production and the whole system comes in a single delivery. The company reports that VerdiRoof is suitable for a warm/inverted roof build up. Its drainage system protects the waterproofing and helps sustain plant life. There’s a choice of three types of sedum cover; blanket, plug plants or seeding. There are 10m2 of VerdiRoof per pallet and up to 250m2 can be delivered in one load for ease of installation.
singleply.co.uk