The latest in what’s going on up top 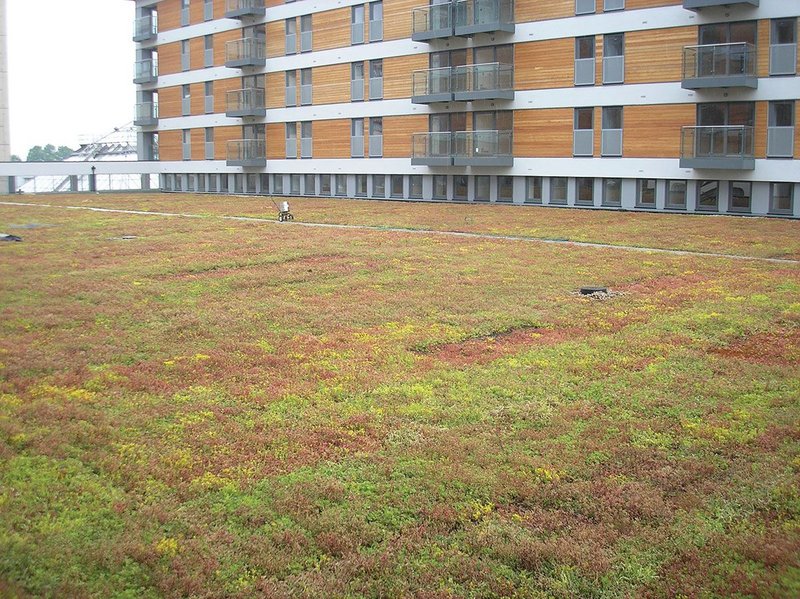 ‘No, I’m terribly sorry, darling, but Jolyon’s not taking any calls today. He’s up on the Pavilion shopping centre roof, crying. Why? Oh, he’s just found out about the new jute carriers Bauder has incorporated into its vegetation blankets. Yes, dear. Yes. The blankets themselves would have been hard enough, but when he heard that they’re now 100% biodegradable, I’m afraid he had another of his Stendhal syndrome turns. Yes... yes, I know! The back brace, the hernia repair, and now this. I’ve asked George Monbiot to come and try to talk him down.’ 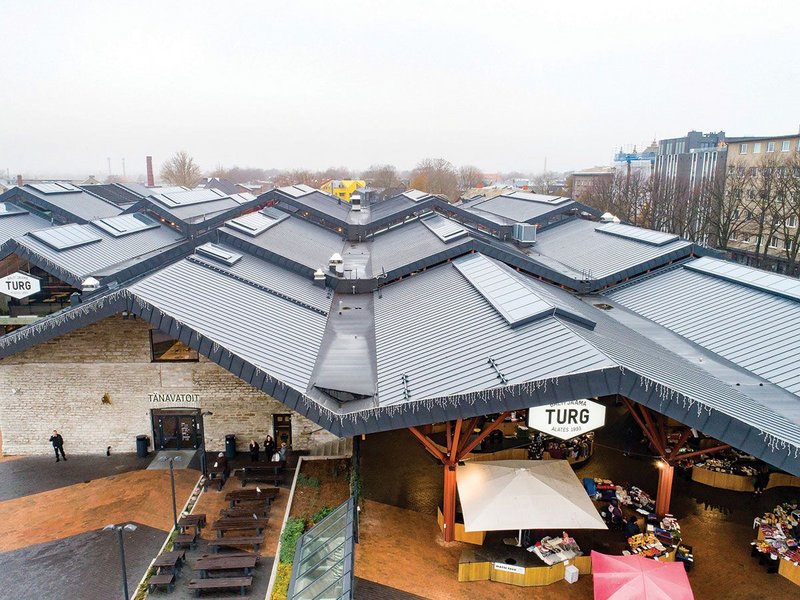 The world’s gone mad Martha – first there’s that Mr Attenborough showing us whales wearing plastic they picked up from a Pacific Island that’s entirely made of the stuff, and now there’s this Baltic Station Market in Estonia which has coated the steel panels of its sawtooth roof with rapeseed oil! Better than hydrocarbon oils apparently, this GreenCoat technology – all part of SSAB’s contribution to the building’s refurbishment. It’s all wrong if you ask me. Oil’s for frying, fish don’t need to dress theirselves and you flush plastic down the loo like we always did. 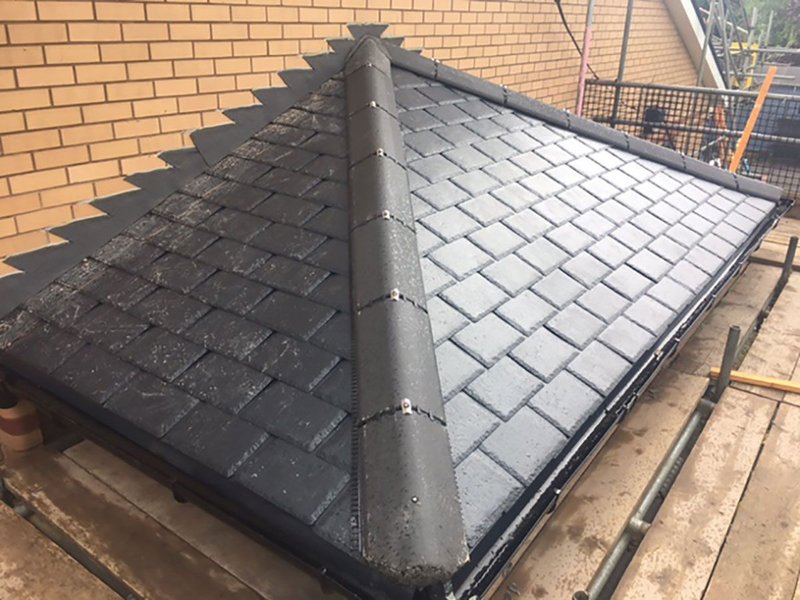 They say your school days are the best time of your life but how can they be with double maths every Friday and Mr Bishop swearing at the year 7s all through games? St Cuthbert’s wasn’t so bad though: we could slip through the rotting attic window onto the roof for muffled parties on Saturday nights with smuggled Party 7s and Prendergast’s mum’s duty free Silk Cuts. Not to mention McTavish’s forbidden fruits. No chance of such japes at Abbey Hill Academy, whose roof has been sealed and secured by IKO slates, flashing and membrane, keeping the elements out and the miscreants in. 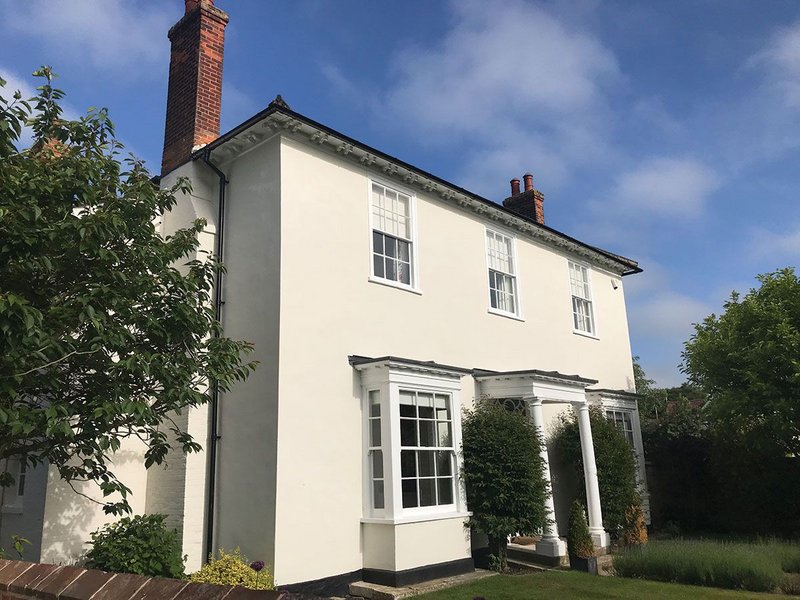 Dilemma upon dilemma! First, whether to preserve the little ferns that sprout so sweetly at the breaches, or to spend one’s tiny stipend on a listing-compliant replacement for weeping but pricey cast iron? But then: price or authenticity? My dedication to Georgian living means the 40 years afforded by the inexpensive aluminium is a positive lifetime! What, indeed, would one do with iron’s extra years of corrosion? The saving represents a thousand suppers of port, mutton, bon-bons, jersey cream and butter. Hennessy! Pies! And many of them! 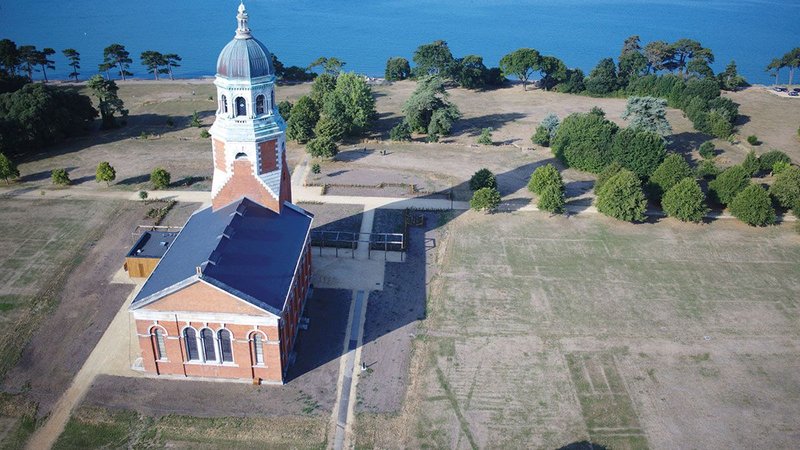 The Friends of Victoria Park managed to raise £6,600 from locals to help with their restoration of historic Netley Chapel in Hampshire. So I thought I’d take a leaf out of their book in re-roofing my own house. Didn’t go too well. Turns out the denizens of Hyacinth Gardens are quite reluctant to pay money to sign the underside of a slate, even if it is an imperial-sized 2-by-1 EN ISO 9001-compliant Glendyne slate from Cembrit with a 75-year guarantee. These people have NO DAMN VISION! 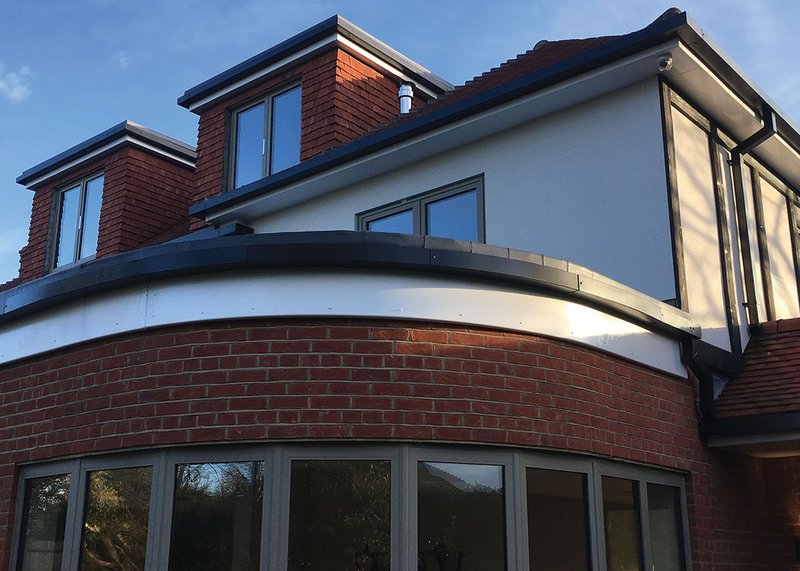 Miranda and I felt we needed to show our style unequivocally when we got the extension done. Certain of the neighbours needed to see they’d put us in the wrong box, so to speak. So we gave the orangery a nice round end – none of your ‘box on the back’ bog-standard home improvement for us, oh no. Only problem was the roof, how to get rid of the rainwater. Well, ARP’s pressed aluminium box gutter was the answer. As I said to Gerald in the clubhouse, it only goes to show that however hard we tried to think outside the box, we were boxed in at the finish. How he roared! 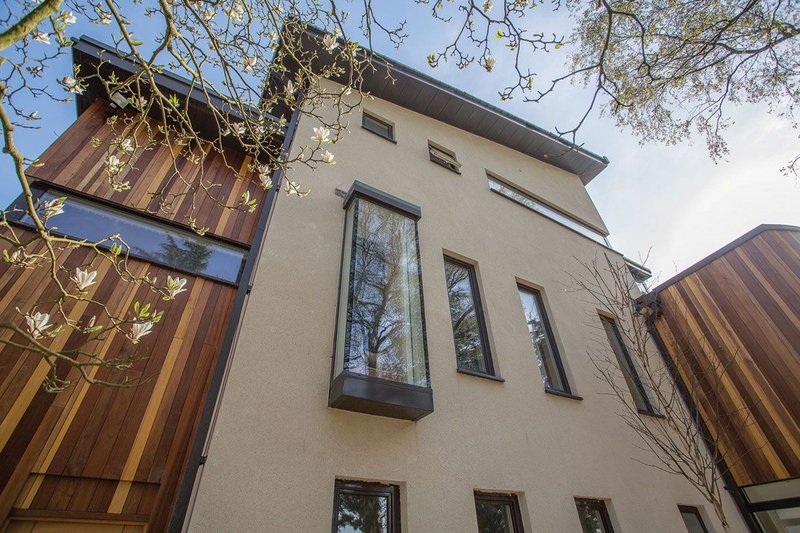 ‘This wood,’ snarled the witch, ‘Is as wide as the meaning of maybe, as long as a sleepless night and as deep as the lines on a politician’s face. You have two impossible routes home: to find what eats the wood’s raindrops or to solve the question of Brexit.’ And cackling at her cunning, she disappeared in a puff of smoke. After copious weeping the children wandered for days debating the Irish backstop until they stumbled on a fantastic angular house, whose Guttercrest aluminium rainwater system drank up every drop of rain. And before you could say ‘Jean Paul Juncker’ they were home. 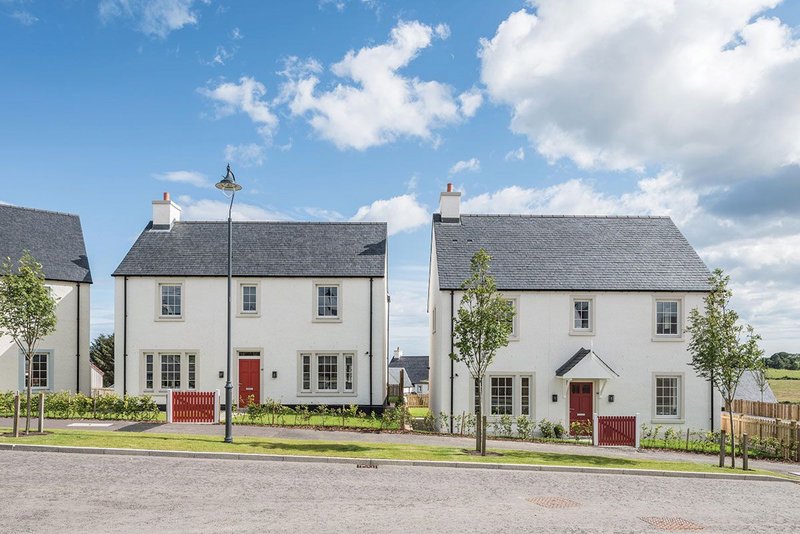 Forget Swarovski! With Cupa Pizarras it’s really time to sparkle! Pyrite inclusions of up to 2mm mean you’re never under-dressed with a Heavy 3 roof! And where you need to co-ordinate with Scottish Ballachulish, the 7-8mm weight is the perfect partner for standing #roofsostrong against the gale and avoiding those embarrassing wardrobe malfunctions! In no-messing blue-black, these slates are the seasonal must-have for the autumn/winter 2018-9 dreich-soaked lass. 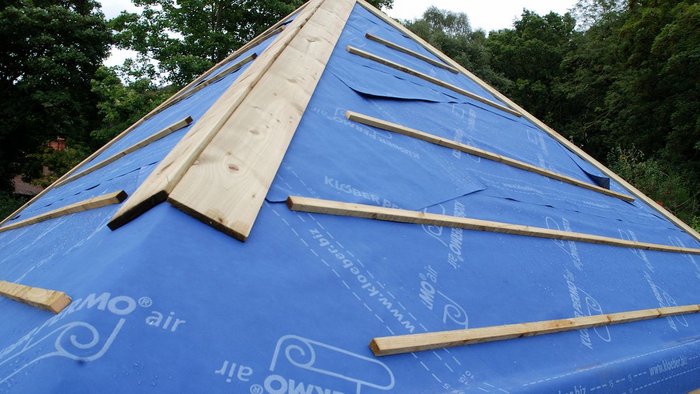 In association with Klober 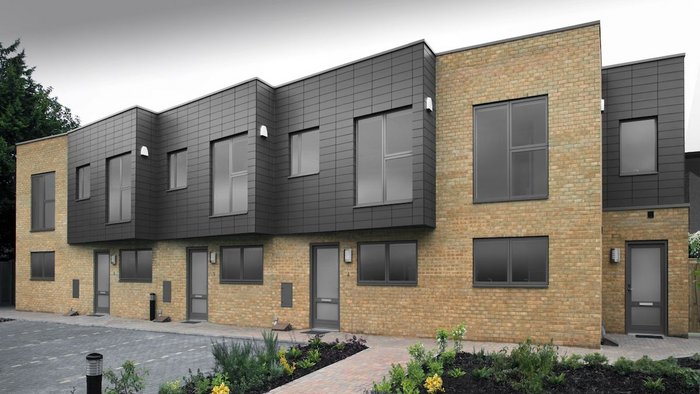 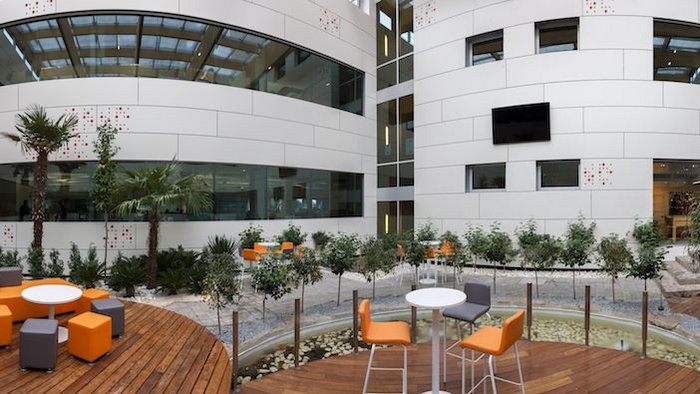 In association with Formica Group