Known primarily for stairlifts since the 1970s, British brand Stannah's 150-year heritage owes as much to passenger elevators, escalators and loading systems, as well as its many other products 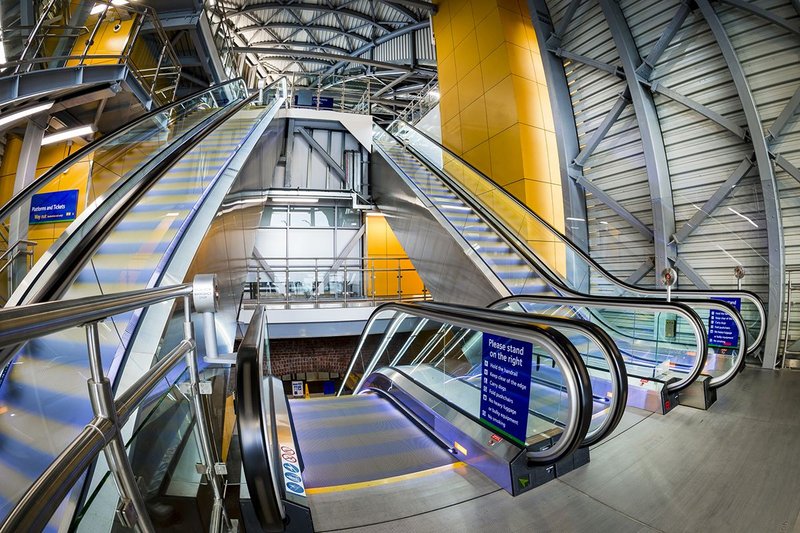 British engineering company Stannah will be celebrating its 150th anniversary throughout 2017 with a packed schedule of events, initiatives and online resources to applaud this landmark event in British engineering.

A family-owned company since its beginning, the brand is most familiar to the general public for domestic stairlifts, which it introduced into UK in the early 1970s, but for architects the business-to-business side of the company is the interesting story.

The company was established in 1867 during the industrial revolution by Joseph Stannah, first making its name making hoists and cranes for London’s dockyards. But, as a manufacturer that is almost as old as RIBA itself (established 1834), the relationship between lift products and architectural specification has always been crucial to the success of the firm. And, like many notable British brands and organisations, Stannah lives by traditions, yet also moves with the times: an essential combination for longevity in a highly competitive and changing world. 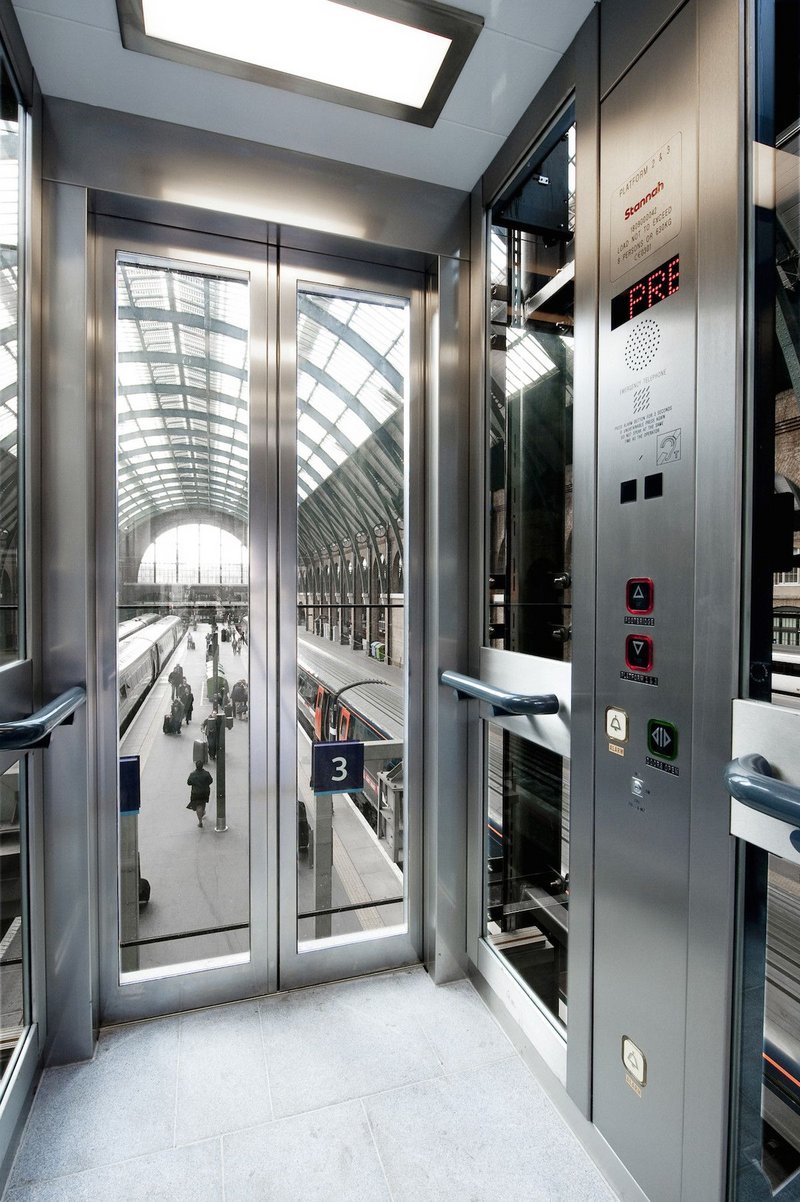 These were exciting times for engineers and architects alike, as new technologies were changing the face and fortune of Britain and the world:

In the early 1900s Albert Stannah developed the company’s product range, marketing and design, with an early advertisement appearing in the Building magazine in the 1880s.

During WW2, Stannah’s factory was destroyed, along with so many businesses in London at that time. With no workforce, drawings or components available to him, Lt. Commander Leslie Stannah rebuilt the business from scratch using his reputable family name. The factory was rebuilt in 1945, and with the government of the day’s help, Leslie manufactured custom-made passenger lifts, even exporting some to Palestine and Ceylon.

In the 1960s, current joint chairman and brothers, Brian and Alan Stannah, began the expansion from a now standard passenger lift range into service lifts (the Stannah Microlift) and opening their first lift service and repair branch in Eastborne.

The turbulent political times in the 1970s with the 3-day week and miners strikes led Brian and Alan to look for product diversification to supplement the downtime of the lift factory. The Stannah Stairlift was born.

From the 1980s onwards product and service branch expansion continued and the fourth generation of family members joined to learn the Stannah business. 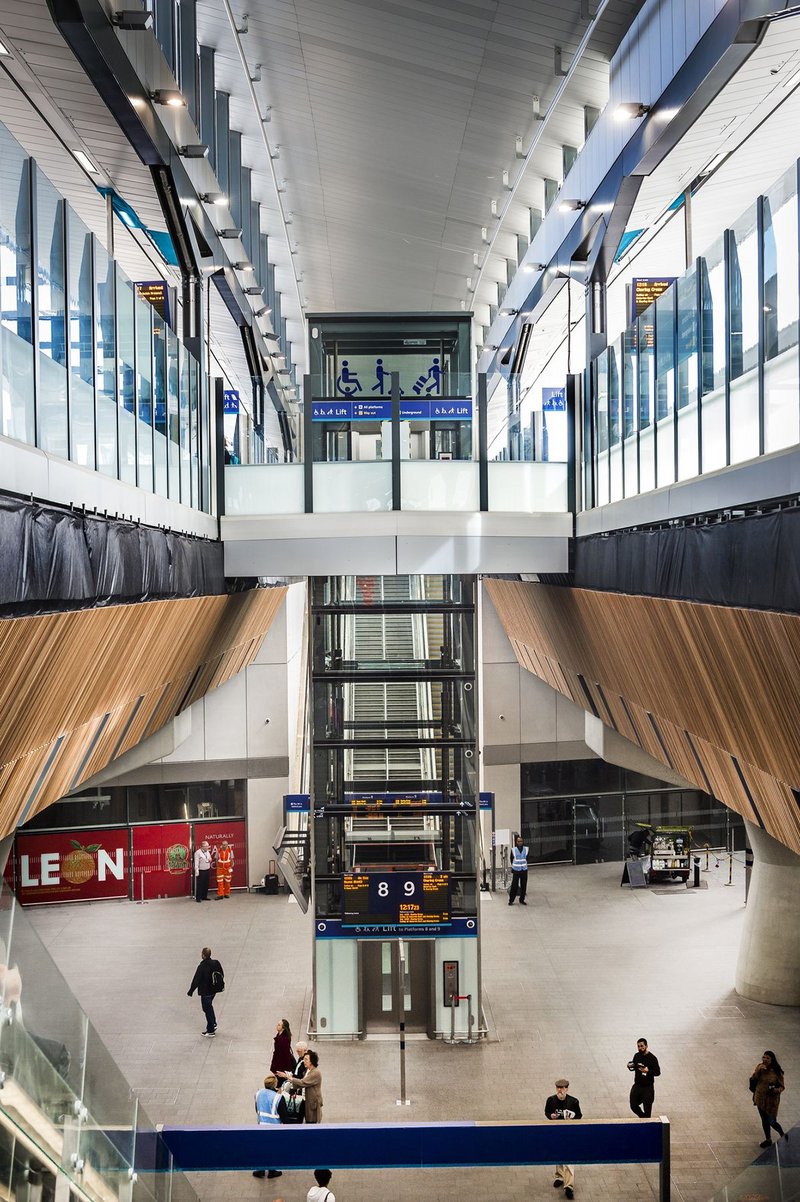 Today, to date Stannah has installed more than 45,000 lifts, 600,000 stairlifts and take care of more than 91,000 lift products from all manufacturers right across the UK. The firm has a staff of 1,700 employees, based across the UK from Stannah's headquarters in Andover, Hampshire, at its eleven service branches and at the manufacturing plants in Andover as well as Newcastle.

The Stannah Group has an ever-growing commercial portfolio of products and services, with the capacity to take on small scale schemes to major infrastructure projects, including recent design and installation programmes for Leeds Station, Edinburgh Waverley and Edinburgh Haymarket, Reading Station, Nottingham Hub, Birmingham New Street, the Poplar Link Enhancement Project that links Docklands Light Railway with Crossrail, and Luton Airport regeneration project. In all the company's offer includes:

Having weathered 150 years of change, the Stannah continues to grow and expand its products, services and expertise. As well as celebrating its achievements, this 150th anniversary year also allows Stannah to look towards the future. With new airport contracts and further announcements to its loading systems capabilities due in the coming months, 2017 is expected to be another significant milestone in the company’s history.

Stannah Group managing director, and descendant of Joseph Stannah, Jon Stannah said: 'Reaching our 150th anniversary means a great deal. Family is all about generations, the legacy left behind and the future generations that will continue to grow the business. We are very lucky to know the history of our company. This celebration is about the wider family that is the Stannah corporation.'

A lot has happened since 1867 – yet some things, like making life easier and more fulfilling for people and the Stannah family commitment to its founding director's values of quality and integrity, remain unchanged.