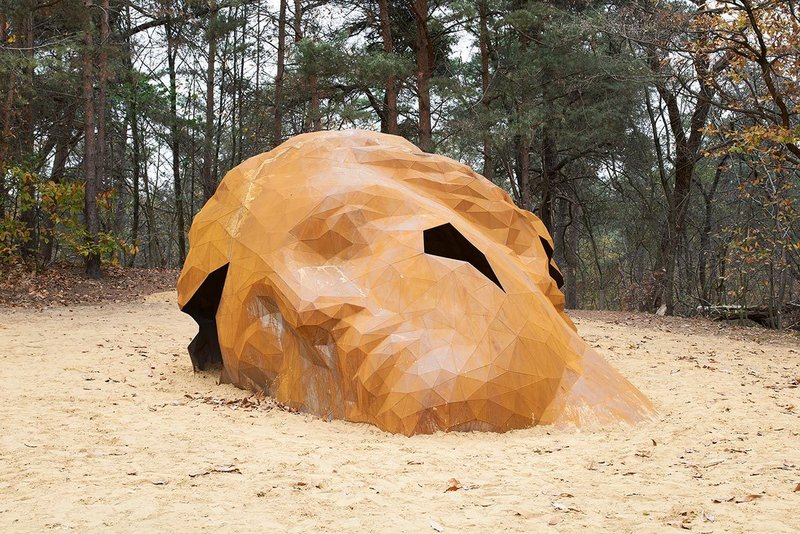 Belgian artist/architect duo Gijs Van Vaerenbergh, whose huge metal Labyrinth installation in the town of Genk referenced its dead industrial past (PiP Sept/Oct 2015) has been busy conjuring up another sizeable memento mori – this time at the top of a 30m land dune in Belgium’s Hoge Mouw nature reserve near Kasterlee. Reminiscent of the famous last scene in the 1968 movie Planet of the Apes, a faceted, a 6m by 5m by 3m high cracked, metal face is appears rising out of the ground, formed of 2115, 6mm thick welded steel plates. Commissioned by the Province of Antwerp and weighing over two tonnes, the classical bust is a modern colossus that references the pre-Christian myths of this ancient landscape. 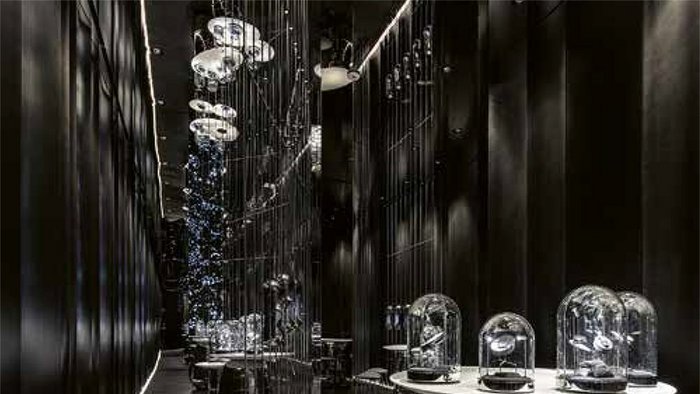 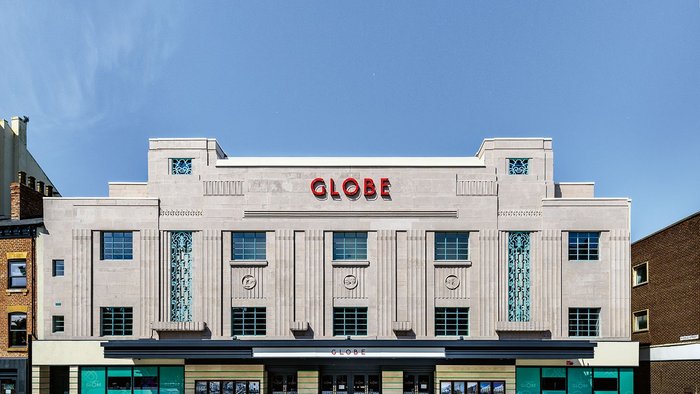 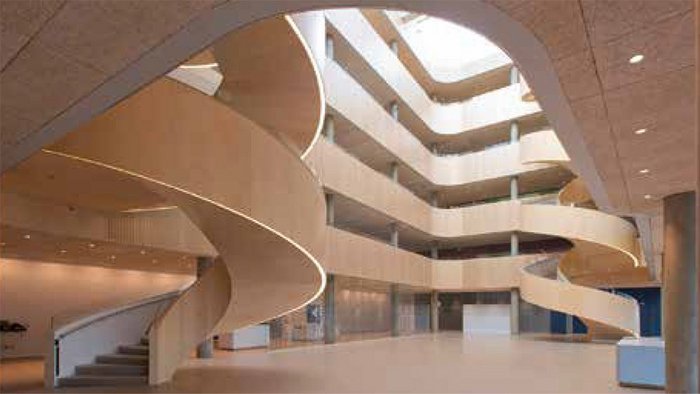