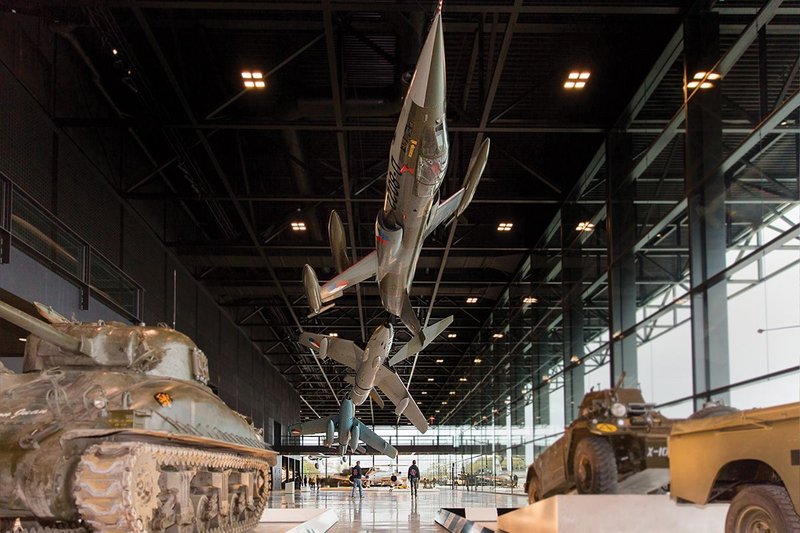 Inaugurated by Dutch King Willem Alexander, Holland’s National Military Museum by architects Felix Claus and Dick van Wageningen opened to the public at the end of last year. The 2015 Mies van der Rohe Prize longlisted project pays homage to the great man himself – with its deep, dark, flat roof formed of steel trusses set on perimeter columns referencing his 1968 Neue Nationalgalerie in Berlin, although this, at 250m by 110m, is on a vastly bigger scale. It’s also twice the height, but dedicated to displaying the country’s military aviation hardware, its 18m headroom is more than justified. Located on a former airfield, the new facility brings together the collections of the Military Aviation Museum in Soesterberg and the Army Museum in Delft.