Tom Birch and Elliot Nash's design is constructed twice over: a SterlingOSB Zero skin is used as shuttering for concrete, and then to wrap this concrete tower in a corridor of stepped floors 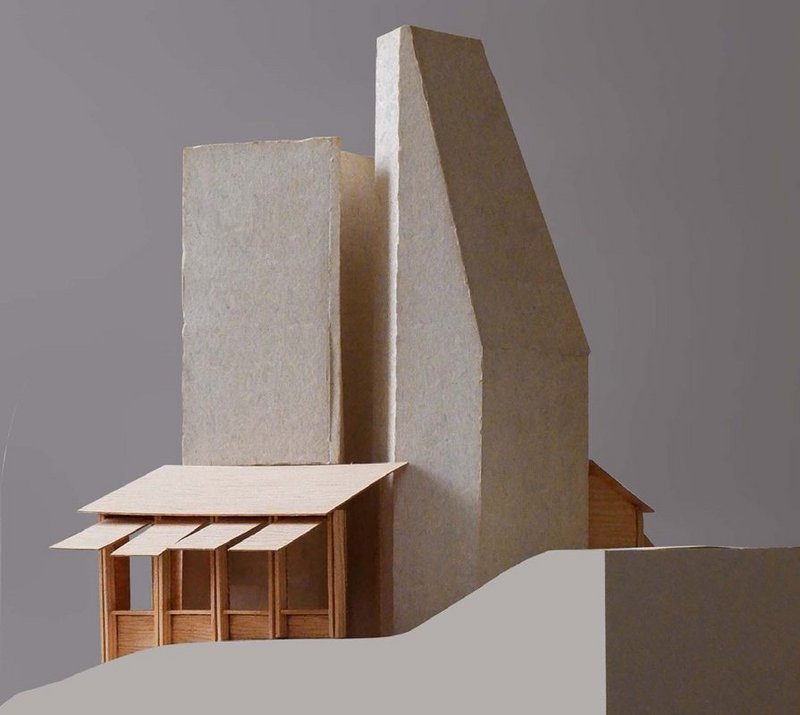 The judges appreciated the sophistication of the physical modelling techniques employed by Birch and Nash.

The Twice-built Retreat by Tom Birch and Elliot Nash

‘When taken as a verb, “retreat” deals with multiple instances of time; it refers to a retracing back to somewhere once visited before the present,’ write architects Birch and Nash. Their retreat is constructed twice over: a SterlingOSB Zero skin is used as formwork shuttering for concrete, which imprints its texture on the cast surface; the OSB is then employed to wrap this concrete tower in a corridor of stepped floors, walls, shutters and roofs in an occupied perimeter.

The concrete is stained with materials local to its location (‘slate from the Welsh quarries, tin from the Cornish mines, or redbrick dust from demolished London buildings’ or, more sustainably, rammed earth) to make it contextual. SterlingOSB Zero however remains the protagonist through its involvement with each of the building’s surfaces and structures. As with the Japanese tatami mat system, the retreat takes its modular dimensions from the standard measurements of SterlingOSB Zero sheeting.

‘I really liked the idea of taking the SterlingOSB Zero, using it as structural formwork then reconfiguring it to make the forms within the voids you have created,’ said judge Stephen Proctor. ‘It is about contemplation, you can retreat into it without a view.’

Referring to the 1:25 model the designers specifically created, Proctor remarked: ‘A lot of thought has gone into it. It reminds me of a Rachel Whiteread.’