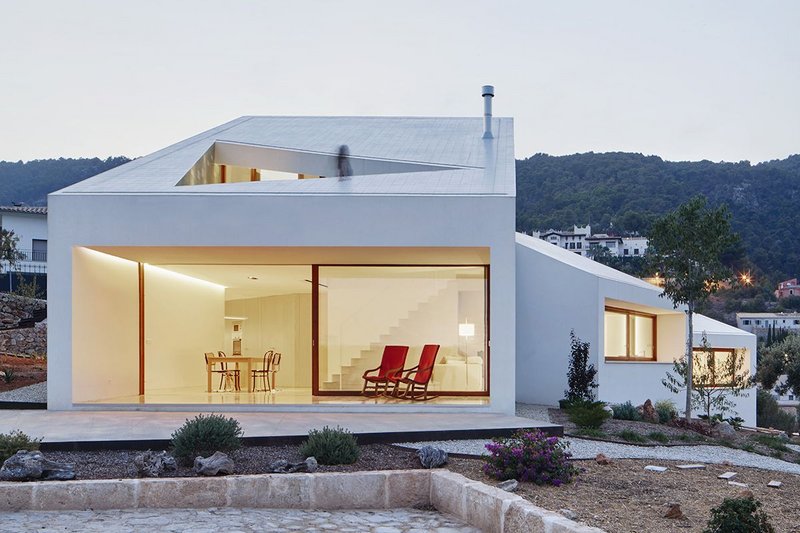 Paredes Pedrosa Arquitectos and Ibon Salaberria have been awarded the top prizes in their categories at the 2016 Tile of Spain Awards.

The Tile of Spain Awards celebrates the creative and innovative use of Spanish ceramics in interior design and architecture. Now in its 15th year, the Tile of Spain Awards has earned significant recognition within the architecture community. Both the quality of the judging panels and the standard of the winning projects have established these awards, organised by ASCER, the Spanish ceramic tile manufacturers' association, as a major event on the calendar for designers both in Spain and internationally.

First prize in the Architecture category, with a cash award of €17,000, was achieved by Paredes Pedrosa for two homes in Oropesa, a town in the Toledo province of Spain south-west of Madrid. Embedded in a 15th century arcade originally created to link Oropesa’s castle and its church, the two small asymmetrical houses had been divided and fallen into ruin. As part of the renovation, ceramic tiles have been used not simply as a finish, but as a way of enveloping the project. The panel of judges highlighted the outstanding precision of an architectural intervention within a complex historical context and a use of ceramic tiles that was fully fit for purpose.

In the same category, the panel also gave a special mention to Ohlab's MM House in Palma de Mallorca. Designed to Passivhaus standards in order to guarantee optimum energy efficiency, the house features a sloping roof of white ceramic tiles by Cas Cerámicas. In addition to the aesthetic considerations, the tiles were chosen for ease of maintenance and their effective re-use of rainwater. The judges voiced their appreciation for sustainable architecture free from visible displays of technology.

First place in the Interior Design category, also attracting a cash prize of €17,000, was awarded to Ibon Salaberria for the TABA Espazioa in the Basque coastal city of San Sebastian. The judges praised ‘the balanced dialogue created between the materials that showcased the use of ceramic tiles in a contemporary space’. A mixed catering space on the ground floor of the new Tabakalera Culture Centre, located in a former Tobacco factory, the floor and bars have been covered with 10x10cm ceramic tiles by Dune Cerámica in the style of rugs that help to highlight the various food and wine stalls.

In the same category the panel also gave a special mention to the Casa 77 in Pamplona by Raúl Montero Martínez and Emilio Pardo Rivacoba for ‘the radical nature of a space enveloped in ceramic tiles’. In this project, a loft apartment measuring just 51m2 was dramatically transformed with tiles by Keramex.

Tile of Spain is the voice of the Spanish tile industry, encompassing more than 100 tile manufacturers. Renowned worldwide for an inspiring blend of aesthetic and technical innovation, Spanish tiles draw on a rich heritage of skill and creativity, while remaining at the cutting edge of design. Manufactured in Spain and widely available in the UK, these products embody the spirit of an industry that prides itself on proposing beautiful, meaningful and high-performance solutions to flooring, wall coverings, furnishing and external paving and cladding.