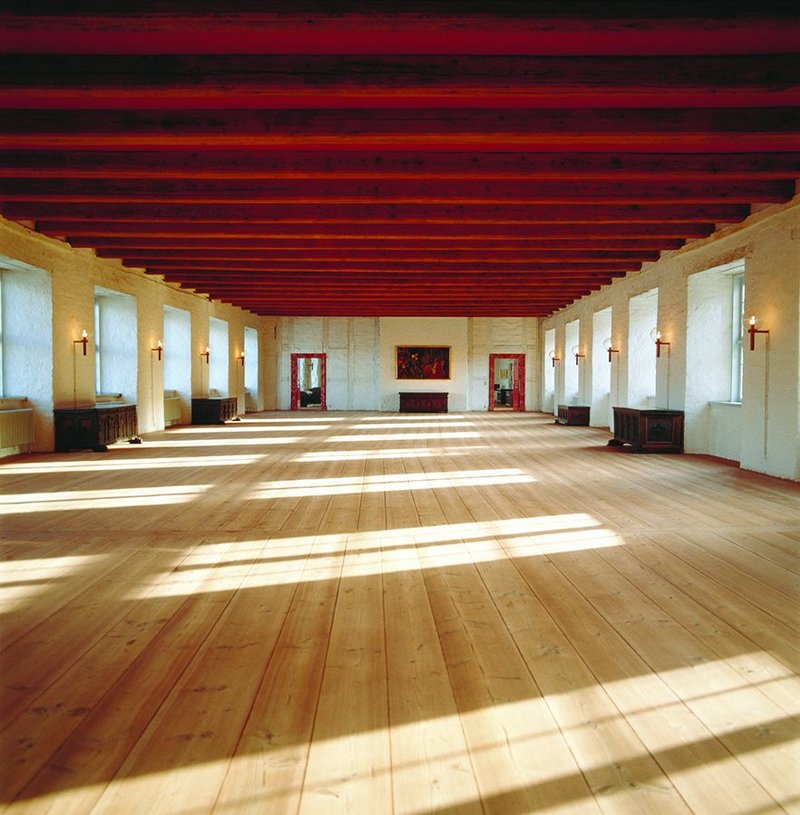 They might not have been walked over by Hamlet (and during his extended neurotic soliloquies, he walked over a lot), but these floorboards have definitely been trod by a Prince of Denmark. This year’s the 50th anniversary of the floorboards that were laid in Denmark’s medieval Sønderberg Castle in rugged Jutland. Family timber floor maker Dinesen was employed to replace them back then, and harking from generations of foresters, the firm implicitly understood the material. Hence the 12m long solid Douglas fir planks that gradually taper, as did the trunk that formed them – a subtle detail reflecting nature itself. Look carefully here, and you can watch the planks, by degrees, slowly go round the bend. A bit like Hamlet.