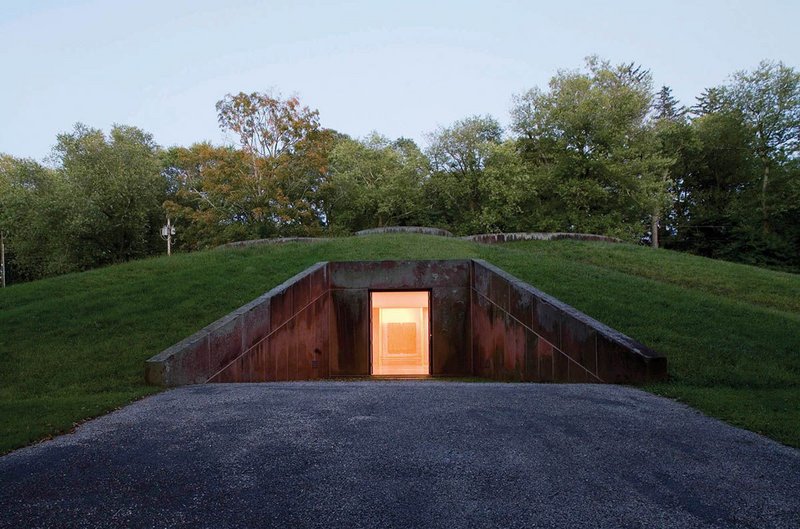 Philip Johnson might have felt it fine to live in a greenhouse with his severe modernist home in New Canaan, Connecticut, but it seems he thought differently about his artwork, which he sequestered away in an earth berm bunker set among 16ha of landscape. Based less on Mies and more on Mycenae’s Treasury of Atreus, the painting gallery, over time, fell foul of damp ingress. This meant the removal of 50 red coping stones, each weighing up to 650kg, so Kemper Systems could install its Kemperol membrane, allowing Johnson to keep the ‘art’ in ‘earth’.