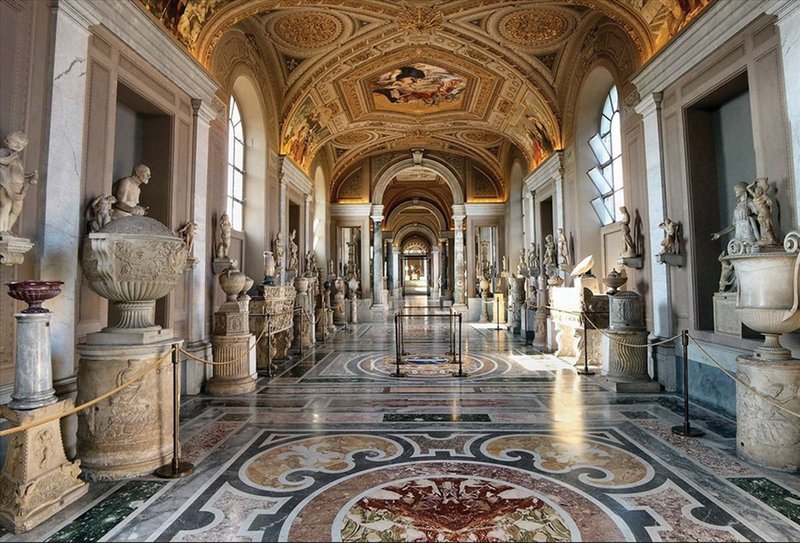 You wouldn’t normally associate tattoo removal technology with the preservation of Western art’s most notable paintings and sculptures. But since Pope Francis’ Vatican accepted the offer of Lynton Lasers state-of-the-art equipment for use cleaning the Vatican Museum’s most precious works, the firm can consider itself as having earned a papal indulgence. In the way that Purgatory scrubs souls clean, so the laser technology has been employed since the 1990s to break down years of grime to the point where it simply ‘dissolves away.’

Lynton Lasers’ conservation specialist Martin Cooper has spent 20 years developing the technology – despite the firm’s emphasis on its more lucrative business of tattoo and hair removal – and explains its basic principles. ‘The laser emits intense pulses of pure light which are absorbed by dark surfaces more strongly than light ones,’ he explains. ‘A coloured pigment or a dark crust of built-up detritus will absorb the laser’s energy, heating up far more quickly than the lighter surroundings. In effect, it means the laser discriminates between a ‘dirty’ and ‘clean’ surface’. He explains that the magic wavelength of 1064nm strikes the right balance between targeting the surface contaminants and generating the right amount of light reflectance from the rest of the artwork to avoid damaging the surface.

Before and after: Bronze panels at St George’s Hall, Liverpool.

The laser technology has been employed at all scales too. Aside from delicate artworks, building elements have been cleaned using the technique. Cutting his teeth at the Conservation Centre at Liverpool University, Cooper worked on restoring the bronze relief panels on the city’s St George’s Hall by Harvey Lonsdale Elmes. But he says it’s also been used on Lorenzo Ghiberti’s bronze 11th century ‘Gates of Paradise’ at the Florence Baptistry, on facade elements of Carrère and Hastings’ 1911 New York Public Library, and on Edinburgh’s 15th century Rosslyn Chapel – made famous by Dan Brown’s ‘Da Vinci Code’. The technique is faster than micro-air cleaning of stonework, but markedly slower than sandblasting; it’s also far less aggressive and more expensive. As a result, Cooper sees take-up in large scale laser cleaning being focused around the variables of increased speed and reduced cost.

CLEANLINESS NEXT TO GODLINESS
Key to the development of lasers for medical, aesthetic and conservation purposes has been ascertaining the optimum wavelength and pulse lengths. Martin Cooper says that the Nd:YAG lasers are typically the best for conservation use, being highly efficient on marble, sandstone and terracotta – although newer Erbium lasers are proving particularly effective on frescos. For every application however, testing is imperative. ‘With medieval sculptures and paintings in particular some pigments beneath degraded varnishes can be extremely sensitive to the laser pulses, so detailed analysis of substrates is necessary before using them,’ he explains. Cooper adds that the real advances in the technology have reduced equipment size and cost – with lasers now starting at about £20,000. ‘When I was working at the Liverpool Museum lasers would weigh 80kg, be the size of a fridge and needed to be wheeled about,’ he says. ‘The Vatican one is no more than 25kg – far more convenient when having to lug it up and down scaffolding.’ 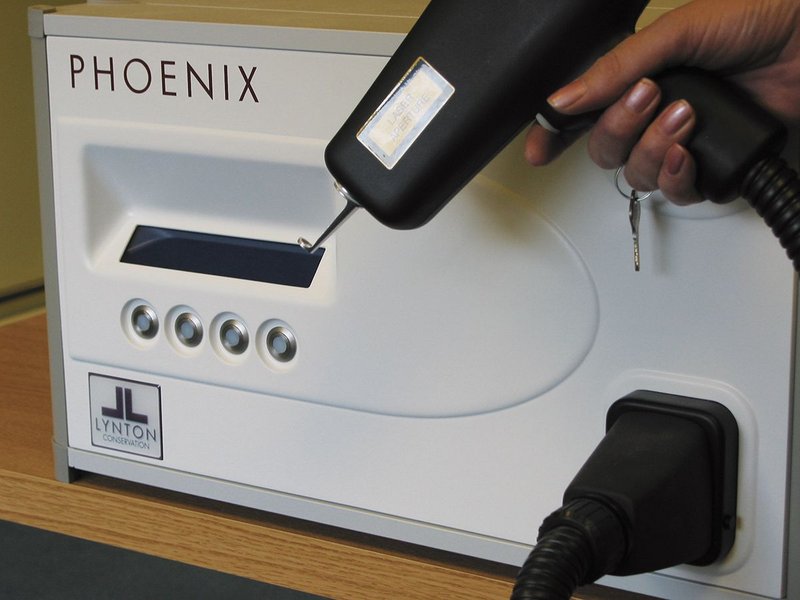