Isabelle Priest talks to PK Beville, inventor of the Virtual Dementia Tour mobile which simulates what it is like to have dementia, on designing for the disease. The tool could be useful for architects too

Isabelle Priest: Tell me about the background behind the Virtual Dementia Tour mobile and why you have invented it.

PK Beville: The van is an offshoot of the Virtual Dementia Tour that can be done within the care home, within hospitals, in nursing homes, hospices and community organisations. The van is just another way to conduct the VDT. The VDT is intended almost to normalise dementia for the participant so they feel what it is like for people with the disease.

IP: You said the VDT is designed to replicate mid level dementia. What happens after that?

PKB: Alzheimer’s disease is slow at the beginning, fast in the middle and slow at the end. The VDT mimics the fast middle stage. The end stage is when people with dementia are pretty much non ambulatory, they are in a wheelchair, their brain will not even tell their legs how to move, their articulation is even less with a lot of echolalia [repeating the same thing over and over again]. Their verbalisation becomes less and less, they start forgetting how to swallow. You can see that the brain is shutting down the system.

IP: Is one of your aims for the VDT to help designers of care homes, hospitals, lifetime homes?

PKB: Absolutely. Architects need to go through the VDT before they design any buildings relevant to people with dementia. I don’t want to cast a disparaging word in the field of architecture, but what often happens with a new build for senior care – independent or other – is that we get called in after the architect has finished its job. By then the plans are done and it is too late. And interior designers – they do their thing and then call me in to say this is where the residents are going to be. And we say, ‘wait, no, no, no – don’t paint those doors that colour…’

IP: Can the design of a building have an adverse effect on someone with dementia?

IP: Why are we letting this happen? Is it ignorance/not enough research?

PKB: Care homes and the home environment are often suited to meet the needs of the person who is more intact. They are frequently designed to look pleasing to the family so end up not working so well for the resident. It has always messed with my head that bathrooms are often hidden, but for people with dementia the more accessible they are, the better the chance that they will go.

For a while we moved away from the long corridor concept in care homes – for a lot of reasons. First, it looks more institutional, but secondly it takes staff more time to get back and forth from the nurses station. So then we moved to more of a pod concept where the nurse’s station is in the middle and residents’ rooms are grouped around them. That works for some people, but others get more agitated by all that hurry and bustle. So what we are learning most about in designing for people with dementia is that they need some privacy, some quiet. They do better in places where they can go to take it easy. Activities which are designed in the afternoon are not helpful because patients are starting to rock their last nerve. They have held it together all day long and it is exhausting. So we have learned that having all those activities and lighter rooms in the afternoon actually makes it worse. We need something quieter, so designing rooms that can change throughout the day is essential. And using flooring… see this floor [lino with flecks] is a terrible floor… they may not be able to see that well, but it is confusing. It creates its own flashes by being sparkly.

IP: We did an article recently on flooring for dementia patients and it was all about patterns and colours, so when you talk about flooring, it does sound like a really big issue.

PKB: Oh, massive. It is a big deal – walls too. See if people with dementia cannot tell where the wall ends and floor starts, they keep bumping into the wall. There has to be clear delineation. In hospitals flooring often runs up the wall and it is not cool.

IP: How about lighting?

PKB: Lighting is super important. Since elderly people need three times more light to see, we need to provide it, but we don’t want it to reflect too much on the floor because otherwise patients with dementia will think there is water on it. For good, healthy lighting, incandescent is best. The floor has to be buffed to a point where the wax is thicker, so light doesn’t bounce. Bathrooms have to be designed so that when you walk in the first thing you see is the toilet and that is a different colour to the floor. That goes for the sink too, because if people with dementia cannot tell where the sink starts and stops when they spit out while brushing their teeth, it becomes a fall hazard. We have to start thinking about all these tiny things with a different perspective. Dining areas in care situations are another big bugaboo: there is way too much scraping of chairs, too much noise, clinking of stuff. They need softer materials that make less noise. Sound should be buffered. Will they take baths? That’s also a big problem – it’s scary in there, it’s institutional. There need to be big towels sewn together along the walls, so it looks like a bathroom but they will absorb some of the sound. When the water hits the bath, it needs to land on something soft so there isn’t a hard splashing sound. It’s important also not to make hallways and corridors too narrow. There needs to be space. In all, many tiny details make a big impact; you have to consider a level of detail that most people don’t.

Activities which are designed in the afternoon are not helpful because patients are starting to rock their last nerve. They have held it together all day long and it is exhausting

IP: It sounds like a big task for architects. Is there a great example of a care home you have seen that sets a precedent?

PKB: I see lots of bits of these things and that’s encouraging because there was a time when they weren’t even considered. So yes, I see poor physical plant in some places where the staff are awesome, and then I see really great physical plants that miss the mark because they are so beautiful and should be a hotel because these residents never feel at home. There is that balance. I’m sure great care homes are out there, I just haven’t seen them yet.

IP: What do you think of the trend for having nostalgia rooms recreating, for example, 1950s rooms or inserts? Many hospitals and care homes in the UK are implementing these at the moment.

PKB: It depends on the stage of dementia. It is good to experiment for a while and see if anybody responds to it; if not pull it out and try something else. It isn’t a one size fits all. Staff also have to be orientated to them. When they see someone pacing or upset, take them to one of those.

IP: Now I have been in the VDT, I think that was baffling enough already, surely walking about a building and seeing nostalgia pieces alongside contemporary items, or within perhaps a contemporary building, would be even more confusing?

PKB: Yes, it could be. There are different ways to do it. Doing a good one requires research with the population and the ability to switch things up pretty easily if it is not getting the response.

IP: It can’t be easy to go back on though, given that an organisation will have spent a lot doing it?

PKB: But it can be. If you want a baby room with dolls – just put dolls in, lots of dolls, it doesn’t have to be the whole nursery suite to match. Many people love dolls so I can speak for that. I don’t know that anyone loves the 1970s or 1950s style rooms. It is more of an individualised thing.

IP: Are there any particular design changes for homes?

PKB: One of the things that make life tough for families in the community is nocturnal wandering. Having the home situated in such a way that there is good night lighting, that there is an easy way to the restroom, that it is not obstructed, that there is easy access in the kitchen area to make tea or something to drink. It turns more into an accessibility issue. No rugs as people with dementia will trip over that because of the shuffling gait. When there are cabinets in someone’s house, the best thing to do is take the doors off because they don’t see what is back there – for instance they’ll think there isn’t any food so will go hungry.

IP: Could you talk about the dementia time bomb and how the VDT helps?

PKB: We have 850,000 people diagnosed with dementia in the UK and we know there are also undiagnosed cases. We also know that when a person gets dementia it affects more than just that person, so let’s triple that number and let’s keep in mind that there aren’t very many things in place to make their world a better place. The VDT is intended to increase awareness, help people identify with dementia and ­ greater than that – to humanise people with dementia so we don’t keep it at a distance and view it with fear. There is a lot that can be done. 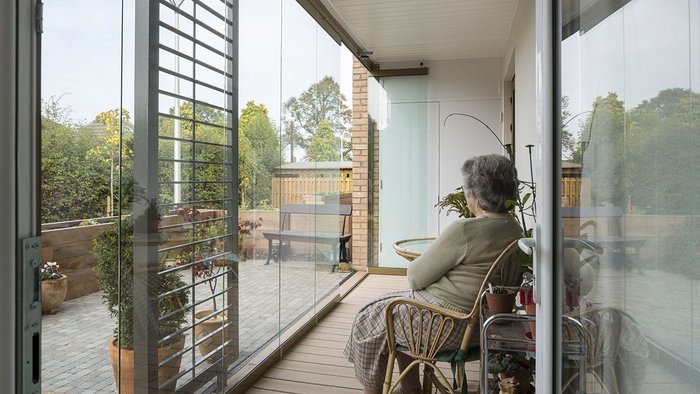 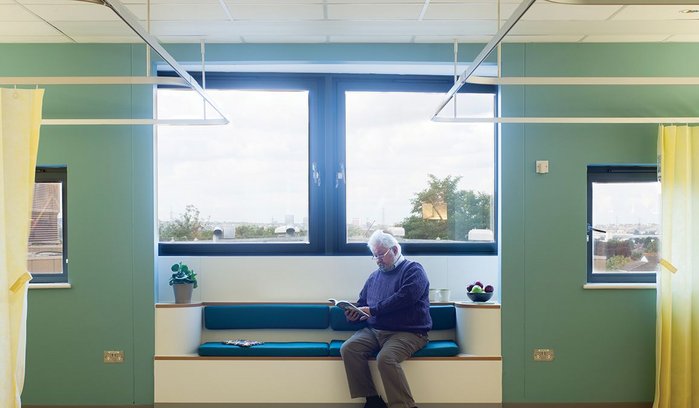 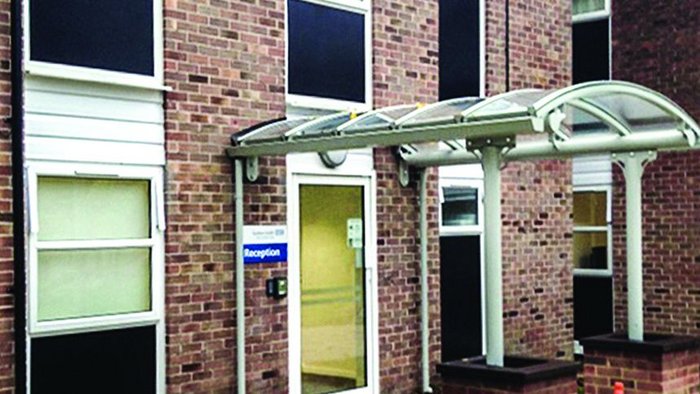