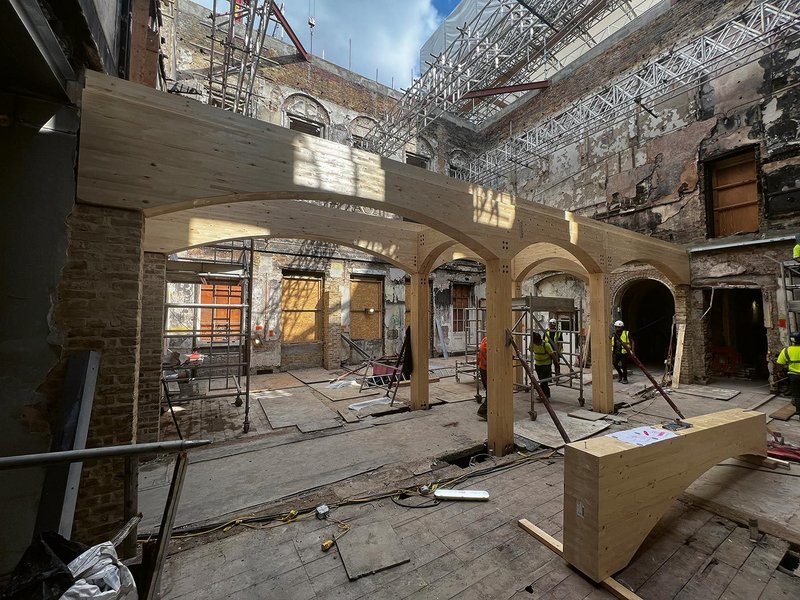 With mass timber construction making serious inroads for newbuild, it is used less often for conservation. But it is the centrepiece in the restoration of the grade II-listed Victorian Walworth Town Hall in Southwark, which was added to English Heritage’s At Risk register after being badly damaged by fire in 2013. Feix & Merlin convinced its client General Projects, which won the bid to restore the former council offices to commercial and community use in 2017, to use it – not least for its sustainability credentials.

Eight months into an 18-month construction programme, those mass timber elements have been craned into the former debating chamber, so the contractor can make the building watertight and proceed with internal works. Because the planners stipulated that the outside of the building must look as it did before the fire, explains senior architect Josh Piddock, Feix & Merlin worked closely with engineer HTS, which had experience of using mass timber in a conservation context.

Sitting in the centre of the plan, the almost square 156m² space now forms the social and circulation hub of the building. A new café and orientation space at ground level sits below the former council chamber, an expanded triple height co-working space reached directly from the refurbished Victorian Town Hall stair. Crowning the insertion, a new mass timber roof follows the original roof line.

Piddock says sensitivity to the original building drove the design. He adds that the timber has a materiality distinct from the original structure but the new glulam beams’ gentle arches make subtle reference to cambered arches above the original windows. It also led the firm to set out the structural columns and beams at ground level to follow the original wall lines, leading to an initially curious structural set-out. The 2.7m high, 280mm² glulam columns connect to the beams in different ways. Main spans are connected via steel flitch plates and countersunk bolt holes, while smaller arches spanning longer runs use SHERPA connections, whereby beams slide down and embed in the structure under their own weight. 200mm thick CLT floor slabs register into a 200mm by 50mm rebate cut out of beam edges, bringing the ground floor to soffit height to 3.6m. In a post-modern flourish, large, bare timber cornices are CNC cut, based on original cornice styles found nearby.

Engineered hybrid glulam and the steel roof structure came from a desire to minimise the thickness of structural elements, but the use of steel here ties in materially with the burnished steel mezzanine balustrade below. This hybrid arrangement reduced timber elements to 240mm square sections. Originally envisaged as a large rooflight, concerns about too much sunlight and glare in a workspace saw this replaced by an illuminated Barrasol ceiling, sub-divided into nine square sections by deep CLT beams lowering the roof height from 7.4m to 10.7m and creating a dramatic focus.

With a tight programme, the café and council chamber timber structure were pre-fabricated, delivered to site and erected in three weeks. Feix & Merlin is now working on its third-floor timber pavilion structure, whose erection should be complete by the start of December. 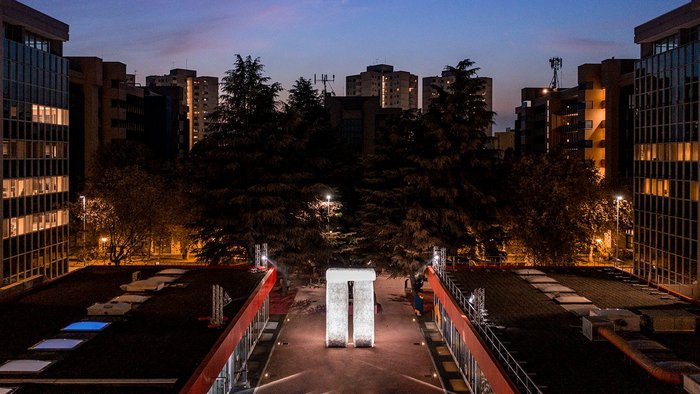 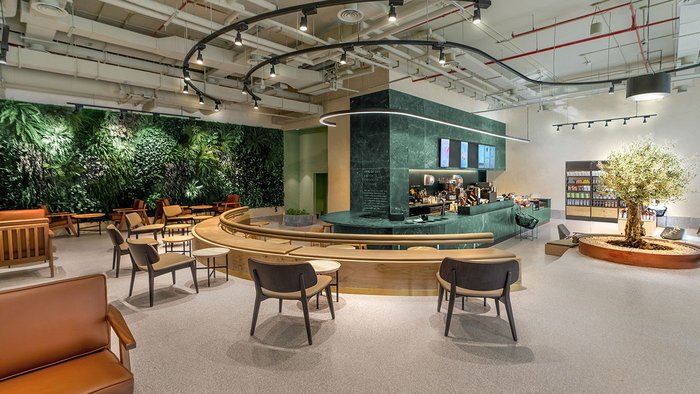 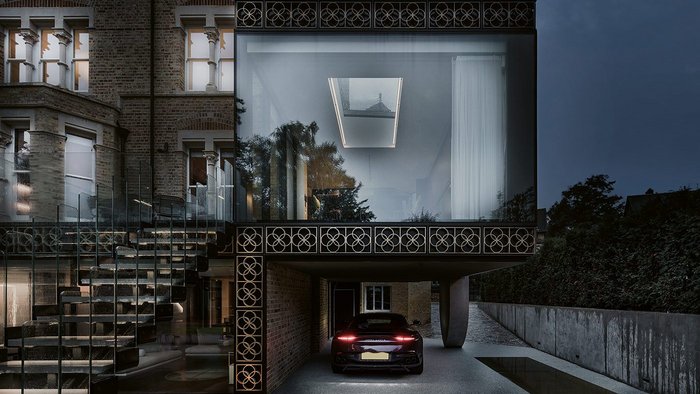