Solar cloth, the Wonkavator and 3D printed steel nodes are just some of the technological leaps nearing reality

With the global population expected to reach between 10 and 11 billion by the end of this century, according to a 2014 study by an international research team led by Washington University, up from 7 billion today, and buildings responsible for 40% of worldwide energy consumption, the pressure has never been greater to develop and embed sustainable technologies that ease demands on power, natural resources and space.

In the context of impending global fuel shortages and government carbon reduction commitments, researchers, scientists and technology firms are pushing forward a new wave of environmental solutions designed to help buildings create at least as much energy as they consume, and reduce their impact during design, construction and operation.

In the UK, technology start-up the Solar Cloth Company has developed a high performance photovoltaic fabric that could overturn the negative associations of traditional PV panels. Dutch designers are using 3D laser scans and BIM to pioneer a mass-production approach to sustainable retrofits for social housing, as well as using additive manufacturing techniques to make complex steel components for buildings more efficiently. German firm Thyssen­Krupp has developed what it claims will be the first rope-free elevator, capable of moving both vertically and horizontally, with associated benefits to energy consumption. And the latest Organic LEDs (OLED) from South Korean firm LG have parity, in terms of efficiency and luminance, with existing LED designs.

Efforts to scale up 3D printing technology for use in the built environment include a recent Arup-led project that showed how additive manufacturing techniques could be used to produce complex steel connections more efficiently.

The structural engineer collaborated with design software company WithinLab, 3D printing specialist CRDM/3D Systems and manufacturer EOS to create 1,200 intricate steel nodes for a proposed street lighting scheme in the Netherlands. The research project began after the scheme was put on hold and Arup decided to investigate the efficiencies that 3D printing could bring.

Amorphous-shaped nodes are all similar but subtly different in design and used to support angled steel tension cables as part a lightweight steel structure of angled struts and lighting attached to the sides of buildings on a main street.

The research demonstrated that designing the nodes for production using additive manufacturing using tough maraging steel meant they could be formed faster and to higher quality than being cut and welded individually by hand, as set out in the original design.

‘This approach has tremendous implications for reducing costs and cutting waste. But most importantly, it potentially enables a very sophisticated design, without the need to simplify it later to lower costs,’ said Salomé Galjaard, team leader at Arup. 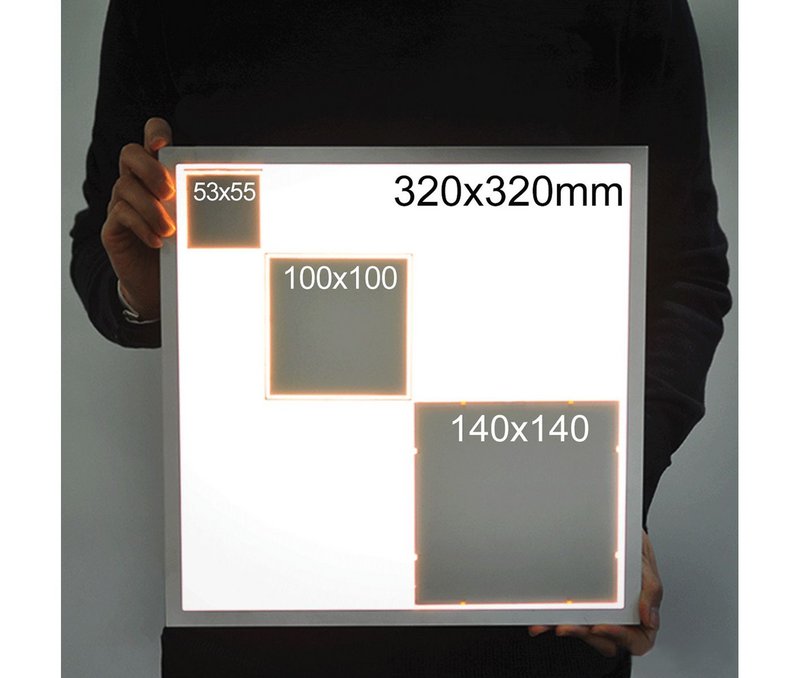 The non-decorative, functional application of organic LED lighting (OLED) came a step closer in November when LG Chemical, part of the LG Group, announced it had developed a super-efficient OLED panel capable of matching the performance of traditional LEDs.

OLEDs emit light by applying a voltage to an ultra-thin layer of organic dye. Unlike point light sources, they produce a diffuse light across a surface, more closely matching natural light, with little glare. Heat emissions are very low, eradicating the need for heat sinks and reducing a building’s cooling requirement.

Until now the technology has been limited to an intensity of 60 lumens per watt (how well a light source produces visible light), but LG claims to have ramped that up to 100 lm/W, equivalent to fluorescent lights and LEDs. Its new OLEDs have a lifespan of 40,000 hours, compared to 20,000 for fluorescents and 50,000 for LEDs.

Despite this, widespread use of the technology still faces obstacles, particularly on cost, which is roughly 10 times that of LED counterparts. Florence Lam, head of Arup’s global lighting practice, told RIBAJ: ‘As a diffuse light source that makes surfaces glow, there is still little you can do to manipulate OLED light to control quality, colour and optics – unlike point source LEDs, which enable you to alter the shape of the beam to put the right accent on objects or spaces, making it more suitable for architectural lighting. I see OLED as an interior design tool, not a practical lighting solution, but that could change in future.’

Who would have thought Willy Wonka’s idea for the ‘Wonkavator’, revealed in the 1971 film of Charlie And The Chocolate Factory, would ever exist in the real world? Multi is the first ever rope-less elevator system, developed by German firm ThyssenKrupp, which utilises a system of linear motors, guide rails and high powered magnets to move cabins in both vertical and horizontal orientations.

ThyssenKrupp claims that by enabling multiple cabins to run through the same shaft, the technology, due to be trialled in 2016, will increase shaft transport capacities by up to 50% and reduce elevator footprints up to 50%.

The system is also likely to have environmental benefits, reducing the peaks of energy consumption normally associated with accelerating or decelerating heavy cabins, explains Michael Ridder, head of communications at ThyssenKrupp Elevator: ‘In a 300m-tall building, traditionally you might be moving masses of up to 50 tonnes, including the cabin and counterweight system, which requires a large amount of power to overcome inertia. Conversely, Multi cabins are lightweight and have a drive attached directly to the cabin, making acceleration and deceleration very energy efficient. Although more cabins could be running at once, the peaks of energy consumption would be flattened out, which is a huge advantage in terms of a building’s smart grid.’ Energy is also harvested from descending cabins and channelled back into a building’s electricity supply. 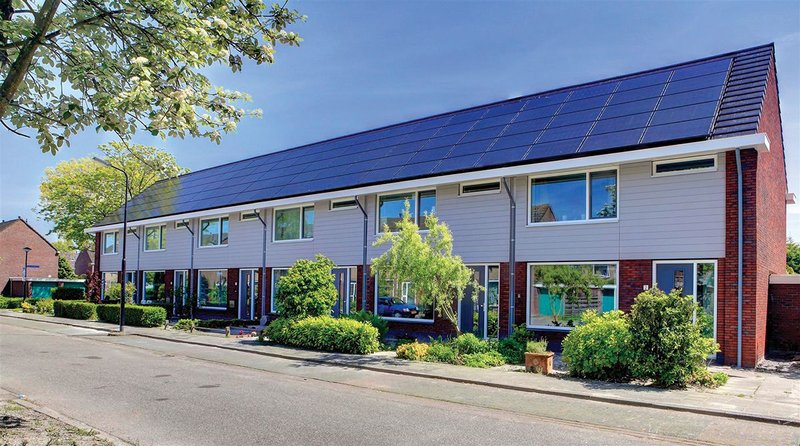 Most of the properties are 1960s or 70s terraces. They take just 10 days to upgrade and come with a 30-year energy performance warranty from the builder.

Tom Jongen, head of sustainable renovation projects at BAM Woningbouw – one of four contractors completing the works – said: ‘Doing the 3D scans makes it much easier to design and fit all the new components. All the roofing and wall elements are bespoke designed and pre-manufactured to fit exactly.’ Although the team is working on repeat terraced housing, a separate model is required for each home due to defects caused by age, settlement and so on.

Energiesprong is making waves outside Holland. A consortium of UK housing associations under trade body the National Housing Federation, and their counterparts in France and the Netherlands, have bid for European Horizon 2020 funding to expand the programme across all three nations. The plan is for both the UK and France to have 100,000 improvement deals in place by January 2018.

Solar Cloth aims to make integrated solar photovoltaics an architectural feature it its own right.

The lightweight tensile material, developed by Cambridge-based start-up The Solar Cloth Company with the University of Cambridge and several European universities, incorporates a layer of thin-film PV that can be stretched into a variety of forms. It was  developed to unlock projects not suitable for conventional solar panels, such as heritage buildings, or non load-bearing roofs on supermarkets or stadia.

Solar Cloth is 100 times thinner than conventional silicon glass backed solar panels, and, at ­3.3kg/m2, around a fifth of the weight. The base solar cell technology, copper indium gallium diselenide, also boasts a higher light to electricity conversion rate.

Earlier this year, the system was installed on the roof of a ‘car port’ in Cambridge, which won the firm an innovation of the year award at the 2014 UK Solar Industry awards. It is now in discussions with two ‘well-known London museums’ about developing a Solar Cloth to complement the period buildings they occupy.

Spray on solar PV came a step closer in November when University of Toronto researchers revealed a new method for spraying cells on flexible surfaces.

The SprayLD system is designed to blast a thin layer of miniscule light-sensitive materials, known as colloidal quantum dots, onto surfaces such as film or plastics. Until now, CQDs could only be applied using the slower and less efficient batch processing approach.

Canadian scientists claim a car roof wrapped with a CQD-coated film would produce enough energy to power three 100-Watt light bulbs, or 24 compact fluorescents, so imagine its potential for a building.