There are many myths about pre-fabricated school design, but it is the best way to tackle the chronic shortage of places 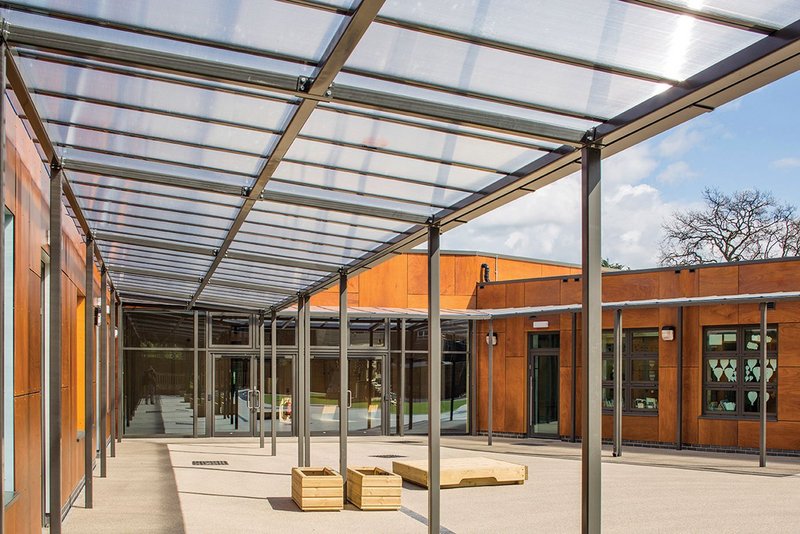 A perfect storm is gathering in education: former minister Michael Gove’s purdah on building spending between 2010 and 2013 in response to the recession, combined with the birth rate peak hitting school age, has caused a massive shortage of school places.  Almost half of England’s school districts will have more primary pupils than places within two years, with some areas facing a 20% shortfall by 2015.

This crisis of space and spending, combined with Gove’s hard wired disdain for architecture, and the Education Funding Agency’s (EFA) minimum space standards, has significantly affected the architectural form schools are taking. The construction industry is moving towards standardised education buildings. Why? Because they can be delivered more quickly, cheaply and at higher quality than traditional methods at a time of great need.

Standardised design is a divisive subject. It was a central recommendation of Sebastian James’ government-commissioned review into schools procurement. But the government backed out of a commitment to develop detailed standardised designs in favour of publishing basic design guidance in 2012.  Standardisation essentially means pre-fabrication, which is politically problematic as to voters it conjures up images of disastrous 1970s social housing blocks.  However, modern pre-fabrication techniques could not be further from this. Standardised space can be flexible, high-quality, have a 60+ years life expectancy and good aesthetic values. Sorry Michael.

The main players in the mainstream, standardised, pre-fabricated design market have without doubt studied the car industry closely. Each company in the sector has developed its own building equivalent to the ‘basic chassis’. These range from the prescriptive – such as Willmott Dixon’s Sunesis model which has been built in Bradford, Weston-on-Super-mare and Bedford (defining building form, materials, classroom sizes etc) – to flat-pack kit of parts models such as Laing O’Rourke’s concrete system (used at Dagenham Park) or KLH’s timber system, to volumetric pre-fabrication models such as Portakabin (our client) which include Cambourne in Cambridge, City Farm in Barking and Dagenham and six primary schools in Enfield.

So does standardisation dumb down the design process? Like anything in construction, it depends on the quality of the toolkit that the manufacturers and their designers have developed. It certainly changes the design process. Designers are required to align their process to manufacturing, not RIBA stages. This means some information is required quickly up front that isn’t normally – window sizes, basic grid dimensions, while other data can come much later – partitions and spatial arrangement.

A criticism levelled at pre-fabricated schools is that designs can stagnate and not evolve quickly enough. Here again, we can look at comparisons with the car industry. The manufacturing processes and kit that go into to pre-fabrication of any product, school or car, are immensely costly, so clearly making changes to core design principles is like turning a large battleship. However, high volume output is key to keeping the price point low and allowing product development. High value cars such as  Aston Martin, Jaguar and  Porsche, with low volume outputs, have designs that last for a decade. Mid to low value brands such as Ford and Fiat have high volume outputs, and change designs almost yearly as they have a significant through-put on the production line. Effectively, you produce a new design every X thousand units. Uptake and market penetration mean a manufacturer – of cars or buildings – can keep the price low and continue product development.

Pre-fabricated designs, particularly with the price point challenge and basic need requirements in the education sector, are a no brainer. However, architects working with toolkits conceptually take on a different role –that of curator and facilitator working with a kit of parts rather than a blank sheet of paper.

The best school solutions can often be a combination of mixed construction techniques, where standardised volumetric modular space is used for the classroom wings with traditional construction for the large connecting spaces. However, the client can end up paying two sets of preliminary costs – one to the ‘main contractor’ (who may not be a modular specialist) applying its prelims to 100% of the works (when it is in reality only building 30%), and the modular supplier that is providing 70% of the work and has its own prelims too. 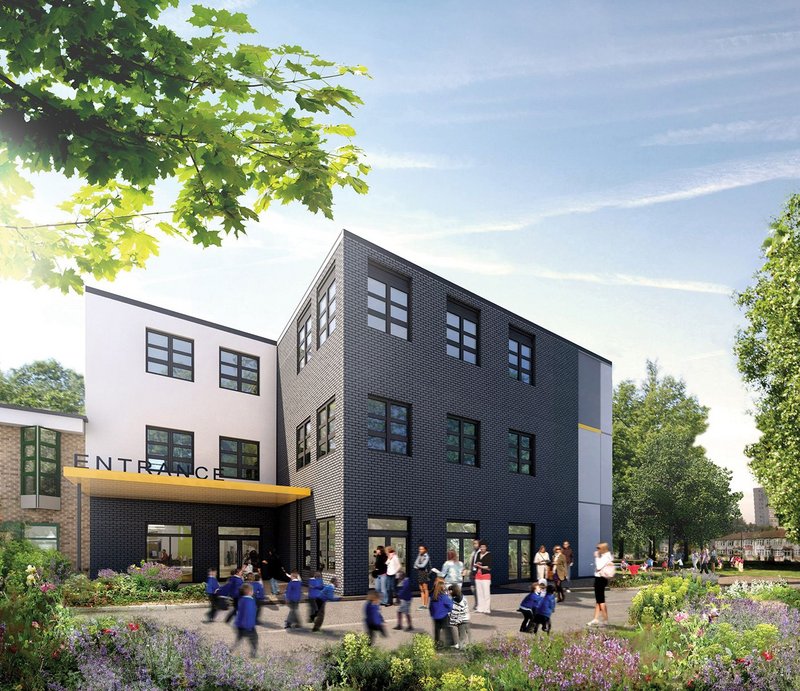 Edmonton County School by Surface to Air. The new secondary school science and general teaching block has been developed alongside Willmott Dixon construction.

Procuring a standardised, pre-fabricated building is straightforward – there are basically three main routes: OJEU, frameworks and LEP partnerships. Design and build is common for standardised pre-fabricated designs, as the competing contractors will tend to want to work with specialist teams that understand their building product at detailed design level.

The OJEU route is popular with local authority procurement lawyers, as it is safe and paperwork rich. The client can write a detailed brief of its requirements, and it gets a full and open set of responses from the widest possible market. However, with tight budgets and quick design programmes, the time and costs associated with OJEU often preclude this route.

Frameworks have lots of options and are a much more common route for clients – from local authorities to academy trusts.

The Modular Building Systems framework (previously the GPS framework) is purely for modular construction providers: it has three contractors. Tendering takes the form of a mini competition for the works based on capacity, ability, resource and the team. A lot of work is starting to be put through this route. It’s quick and cost effective for clients who know what they want, and how they want it built.

The Scape framework has two main contractors that deliver education projects (they are selected through a separate tender process) – one deals with minor work and one with major. Although it is easy to access, there are concerns that there is effectively no choice of main contractor for the client accessing the framework. It’s popular with local authorities as it is seen as safe, but it’s not always the most cost effective way to procure.

Hot off the press is the new EFA framework which came out in September this year and looks pretty accessible and good–our client ARK academies has just procured a building through it. It has a mini tender period similar to the modular building systems framework.

Another route is through Local Education Partnerships – a long term relationship between the local authority and a core contractor delivery partner. The LEP formation involves extended bidding which looks at design approach, capability supply chain etc. However, once set up, it can be relatively quick. The pros of an LEP are that the contractor is in a long term relationship and embedded in the local authority teams, so
will not be looking for short term gains. However, it depends on the quality of the team and the risk is that contractors become complacent as there is no competitive element.

The role of the architect on any of these procurement routes is completely set by the commissioning client. The architect can either be selected by the client and novated to the contractor, or appointed directly by the contractor. To access either of route architects need to tender for local authorities design services frameworks (Newham Framework has just closed) and/or contractors supply chain lists.

Since 2010 it has been a buyers’ market for education buildings. Contractors were loaded with immense risk at sometimes impossible pricepoints. There were some pretty catastrophic business crashes and burns. But with improved market conditions in all sectors, the tide is turning to favour suppliers. Now money is becoming available and with a plethora of work coming through, contractors’ appetite for risk appears to be reducing.

We have heard of large invitations to tender from the EFA being turned down by contractors due to unclear briefs, unrealistic programmes and price points. The industry predicts a massive rise in contractors’ rates over the next five years –who are desperately trying to claw back their losses from the recession. Interestingly too, with the growth in other sectors, we are hearing that more and more contractors (particularly interiors teams) are declining D&B jobs and returning to  traditional contract approach – its lower risk and higher profit.

We are entering a new cycle of schools procurement as we come out of recession, with a massive need for facilities to be built quickly (at an extremely low build price point – £1113/m2 required by the EFA). High-volume, pre-fabricated design is key to delivering this.

Holly Porter is founder director of Surface to Air