An inventive solution to maximise a tight site 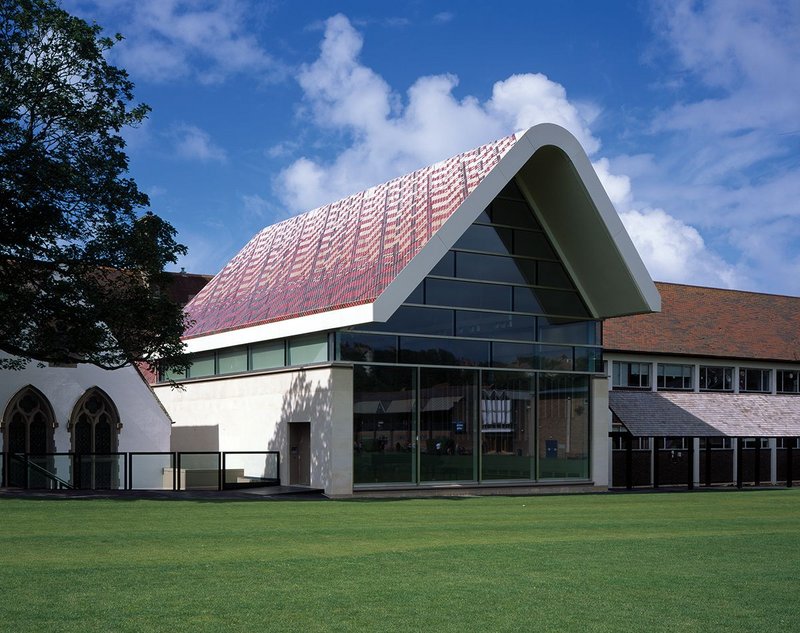 This music school is an inventive solution to maximise a tight site and bring a sense of coherence and hierarchy to this area of the school. Clever manipulation of levels unlocks the site for future phases of development while re-establishing a central axis.

The junctions between the new building and its listed neighbour the Scott building present the latter in new and interesting ways. A curved ribbon window to the new stair enclosure and a glazed lightwell running the full length of the new dining hall extension frame views of the Scott building.

The unusual and bold glazing on the recital hall’s end facade adds hugely to the drama of the performance space; the city becomes the backdrop to performances. Externally, the composition is playful yet in keeping with the existing gables. It is an elevation to the city to be enjoyed by the terraces opposite. The new recital hall gable has its own very distinct identity by virtue of the asymmetry and the painterly use of ceramic tiles.