With the short-term disposition of governments  and the way political balance in Britain is created only in the long term by power pingponging from left to right, women’s charity Anawim’s new drop-in centre, office and temporary accommodation building in Balsall Heath, Birmingham, is required to be the most flexible building I have visited in a long time – possibly ever.

Anawim was established as a charity in 1986 to help women working locally in prostitution and now assists women in difficulties of all kinds. Its new building, Dawn House, designed by APEC Architects, was commissioned in 2014 primarily as a creche on the ground floor with temporary accommodation above. But between obtain­ing planning approval and starting construction, govern­ment policy had changed so drastically that the floorplans had to too.

David Cameron’s fast-track adoption policy for children in care meant there was no longer the demand for such a large creche, and more of a need for group rooms for counselling and parental classes for mothers who had lost their children to adoption separate from women who hadn’t.

The creche became a single multi-use space at the back of the ground floor and instead of being open five days a week with two full-time staff like its prefab-housed predecessor, opens just one day a week with a contracted out service provider. The rest of the floor was redesigned to accommodate an urgent need drop-in centre (a new service for Anawim), offices and meeting rooms that were originally intended to be in another new building on the site, outlined in APEC’s earlier feasibility study.

Similar adjustments are being made to the programme of the charity, and consequently to the building, in response to probation reform which is outsourcing the service to private companies. Anawim finished its contract to provide direct alternatives to custody, which it had run for seven years, last year. As funding streams are pulled left and right, the charity is always on the hunt for new ways to help local women and their families – and it requires a building that can handle that.

‘The funding streams for Anawim come and go all of the time,’ explains APEC Architects director James Phillips. ‘The feasibility was about looking at the possibilities and constraints of the site as well as what were the likely funding streams for the next five years; what do they mean we can offer that we aren’t at the moment, what changes to our existing things do we need to make that might be reduced in funding.’

It was this flexible approach and strong client relationship that makes APEC’s Anawim project deserving of a special mention in this year’s MacEwen Award. The built history of the charity began in 1986 when the two Catholic nuns who founded it bought a terrace house a few doors down on Mary Street. At the time Balsall Heath was a toleration zone for prostitution. After a while, the Catholic Church of St John and Martin, with whom the sisters had links, offered a derelict classroom building to the rear of its site backing on to Mary Street. At that point the charity sold off the house but over the years, as the community has changed, so has its work.

The sex workers were pushed out by action from religiously opposed residents who had moved into Balsall Heath. Prostitution became dispersed over the city and Anawim began working with ex-offenders. The parish then gave it a small house in nearby Harborne for women to stay and be supported 24 hours a day, a kind of precursor to Dawn House.

APEC first got involved with the charity when the church put it forward to design Anawim’s first commissioned building, a small £100,000 project completed in 2008. The relationship has continued ever since. The architect has got to know the client as well as the women it helps and understands both their needs.

‘The project has given Anawim a credibility that we were perhaps lacking before,’ says Anawim CEO Joy Doal. ‘This is particularly the case for health partners as it is now a more therapeutic environment.’

Nevertheless, this 580m2 building moves Anawim’s services on in multiple directions and transforms it from being primarily a day centre and outreach service into one that can accommodate and support women 24 hours a day. The ground floor contains offices for some of Anawim’s 35 staff, as well as meeting rooms, a drop-in centre with washing facilities and a creche that can be used for supervised visits as well as other group programmes including exercise, parenting skills, mental health support and skills training. Upstairs there are six single en-suite bedrooms for women residents and a staff bedroom and office, as well as a large communal kitchen, living and dining room that encourages the residents to mingle.

Consequently, APEC Architects’ brief for Dawn House had to deal with conflicting priorities and complex needs, such as providing a homely atmosphere as well as being highly robust and secure. The main priority for the client was to fit in as much as possible within the slightly odd-shaped site permitted by the church, from which Anawim still leases the plot.

Then it had to be adaptable. Internal walls are partitions for that purpose, but spaces were designed based on the type of rooms Anawim has needed for a long time and are quite non-specific. The first point of contact sitting room is, for example, also used for probation officer meetings, while other counselling rooms have been let out to visitors from related organisations.

From the front, the building appears as three terraced ‘houses’ that aim to repair the terrace destroyed here by bombing in WW2. Differently coloured brick indicates the separation between the ‘houses’, with functions not able to overlap because of security issues, particularly around children using the creche.

‘Joy didn’t want it to look like an institutional building and it had to use good materials in places where they would be seen,’ says Phillips.

This has resulted in a high-quality building that is expected to last and be adaptable. The architect has pushed the budget of £1.1m (largely donated by the Jabbs Foundation) to ensure the levels of control are invisible as possible, including those on pricey timber laminated windows for security.

Overall, this year’s MacEwen judges were impressed by the ambition of the project, particularly the client’s, and could see the clear benefits the new building is providing to the organisation and the community – both the women it serves and its neighbours.

There’s a future too: ‘The building and the women that pass through it are being followed in an ongoing research project alongside the new building,’ explains Geraldine Want, senior residential support worker at Anawim. ‘That work hopefully will lead to more Dawn Houses up and down the country’. And, hopefully, they will be as resilient to political change. 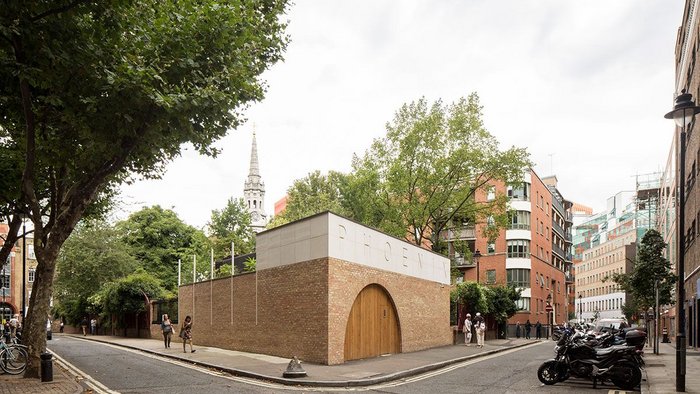 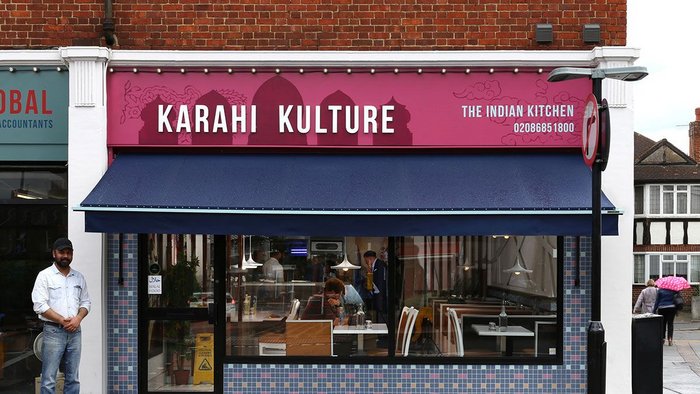 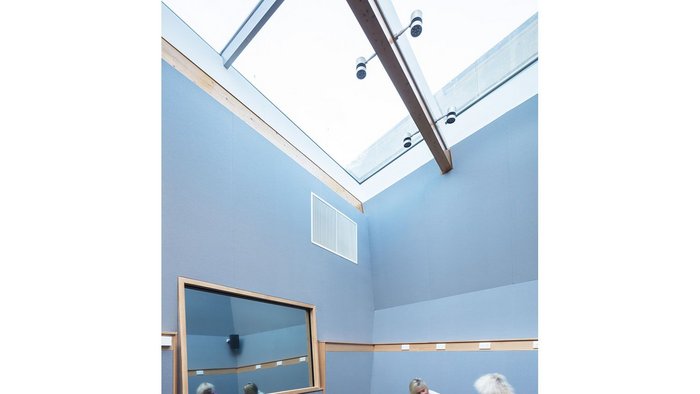