The government’s prospectus for Institutes of Technology emphasises that they are ’employer-led’. For leaders of one of the first to open, the Black Country and Marches Institute of Technology, the job is to put its locals alongside and in front of employers. Managing director Georgina Barnard asserts: ‘We talk about careers not qualifications.’

In an area that has lost many traditional manufacturing jobs and where a lot of young people leave education at 18, this is a powerful message. And such directed education could be a powerful tool to help boost local industries that have been targeted for growth.

The new 4750m² institute of technology building in Dudley is sandwiched between the A4037 and the slopes of Castle Hill and the zoo. It glints even on a dull day, its punched aluminium rainscreen cladding reflecting every bit of light. This is one of the pioneers of Integrated Project Insurance. And at the same time as the inter-disciplinary team, including Cullinan Studio and practice leader Peter Inglis, was working through this new form of collaboration, weighing up difficult decisions as an IPI board, it was also working out a form for the institute of technology; a new building type.

Judge Kathy MacEwen gave the project a resounding thumbs up: ‘This project is important for what it is providing, the approach taken to its design and build, and its scale. It is a big intervention. If all sheds looked like this I would be happy. The process they adopted ensures its quality, they chose to go down a route that did not reduce the quality of the building right to the end – that decision is one of the ideals of what we are trying to achieve with the MacEwen award. The more I look at it the more I like it.

The institute of technology – or IOT – grew out of Dudley College in partnership with universities and local employers, who together make up its governing body and include steel components manufacturer Hadley Group (which supplied the SFS sticks that make up the frame), Balfour Beatty ­Vinci and NHS Estates and Facilities.

Those board places hint at the three specialisms of the IOT, advanced engineering and manufacture, modern methods of construction and medical engineering.

Teaching these areas to 16-22 year olds introduces them to the software and kit, some in simulated environments such as a hospital ward where they can get used to fixing life critical machines safely. HNCs, T-levels and apprenticeships are brought together with adult CPD, as many of the learners of all ages will also be in jobs. It expects to have 2000 learners by 2025. The building had to set the tone.

Executive director of estates and capital projects at Dudley College, Steve Johnson, and IOT managing director Barnard were keen that the building appeared adult, more adult than a school or even a college. And it had to have flexible teaching spaces, including a drive-in collaboration space for working with industry.

The design delivers all that with a sense of openness and confidence. You enter into the centre of the building: in an airy toplit atrium, board room and learning room flank the entrance and a formal reception desk gives the sense of a workspace. Giant steps create a social space. The south-facing canteen spills out on to an attenuation pond and wild flowers.

A ‘hangar’ acts as a flexible hall for conferences and exhibitions and is soon to be fitted out with a robot arm, a 3D metal ­printer and a 5m high BIM cave for students and local industry – and firms can take over one of the three bays fitted out with three and six-phase power as well as water. But it is early days: when I visited, the stripped back steel hangar, light filtering through its translucent polycarbonate, was being used for volunteers putting together food parcels.

Cullinan Studio inherited a feasibility project for two buildings but brought them together on the sunken bed of an old railway siding. It sits significantly below the level of the A-road alongside, and the planted embankment acts as a bund, buffering some of the traffic noise. This and the plan enabled the team to restrict air conditioning to just a few rooms that needed windows on this facade. The T-shaped plan creates quieter spaces for the windows of each wing to open onto, allowing the rest of the building to be naturally ventilated. Sustainability ambitions were set early on, in the strategic brief. This was before the RIBA 2030 Climate Challenge or LETI targets but embodied and operational carbon figures show the building four years ahead of target. This is thanks to a mixture of fabric first – with air tightness (2.79 m³/hr/m² air loss), good levels of insulation, and ceilings in profiled white steel that act as permanent formwork and radiators – due to low temperature heating pipes and 170mm of concrete giving just enough thermal mass. No doubt the absence of fossil fuel in the form of gas also played its part – the building instead uses air source heat pumps.

The building is ‘robust’, as noted by judge Denise Bennetts, and it has no pretensions – though its quality marks it out in this landscape of sheds and out of town leisure. But the sense of airiness and transparency was important even working within Department for Education benchmarks, and glazing bet­ween teaching rooms and circulation was an important part of this. Inglis is proud that it still came it at £130/m² below the DfE’s cost benchmark. And it has already proven that its spaces can flex, as the programme for some has changed through the project with a lab being replaced by a model operating theatre.

The client, in the form of Dudley College, had already completed one building using Integrated Project Insurance, Advanced II. But for Cullinan Studio it was a first. As he walks around, Cullinan’s Inglis points to some of the improvements that collaborative decision making and risk sharing brought: the decision to pay for more time for structural engineering and specialist ground ­investigation into foundation options which resulted in remediation and less concrete intensive raft foundations, and an early shift of the building by 5m so the construction lorries avoid having to execute a three-point turn; and (now invisible) the Cullinan-drawn up Covid configuration for the site huts. And the BIM model, including costs, was shared, which immediately made it simpler for the architect to optimise the design. Perhaps most radical was the positive feedback on the reduced pressures on the team’s mental health. That, for Inglis, is priceless.

The IOT plans a strong contribution to the local economy where manufacturing has been in decline as part of the Local Enterprise Partnership (another key player) and to widen participation in STEM subjects for under-represented groups. It is an interesting and energising application of education and Cullinans and the IPI team have given it a head start with this shiny new building. Perhaps a model for the next tranche. 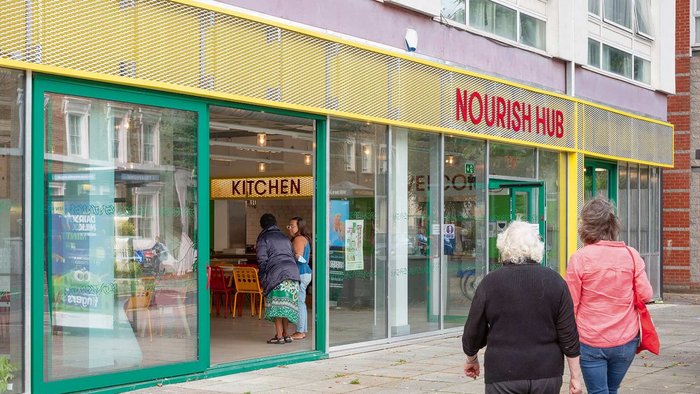 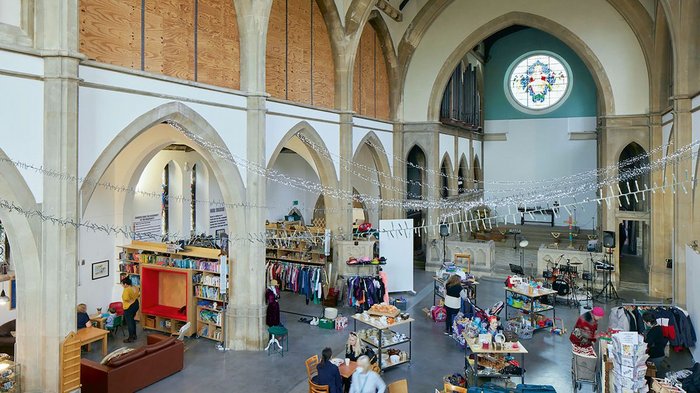 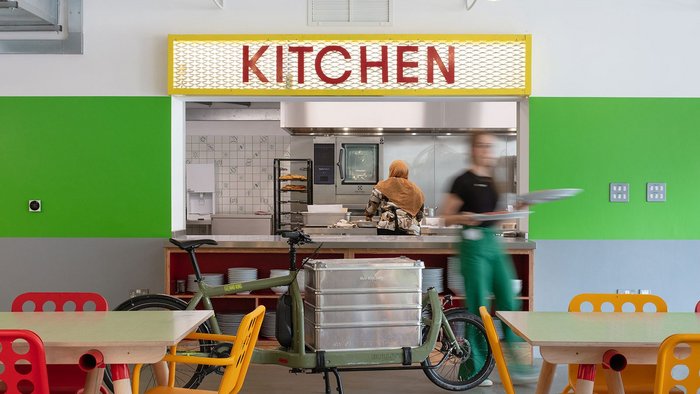