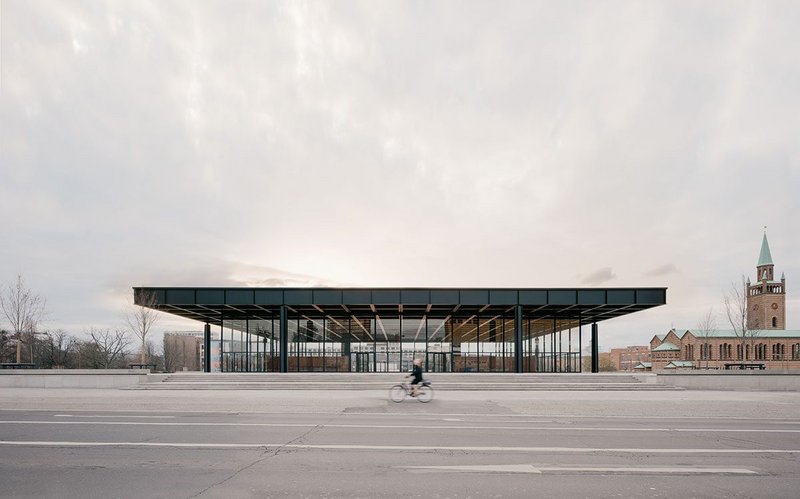 In full glory: The restored east elevation of the Mies’ Neue Nationalgalerie with St Matthäus-Kirche to the north. Podium, entrance and lower levels are now fully accessible. Credit: Simon Menges

Designed from 1962 and completed in 1968, Mies van der Rohe’s final building, Berlin’s Neue Nationalgalerie, is one of the architect’s late masterpieces; and in its uncompromising nature, can be read as a swan song to the conceptual purity of late Modernity. Conceived as a new civic monument to art, rising out of the post-war city’s ruins, Mies chose the classical temple as his inspiration, creating a ‘timelessly modern’, luxuriously abstracted structure of black steel, bronze, glass and marble, raised on a podium of concrete and granite. But it was to prove as infamous as it was iconic, ‘refraining from an ostensible functionality for the exhibition hall’ that always left it a challenging environment in which to display art, as well as beset with technical problems from the day it opened – most notably condensation issues – that left it a notoriously ill-suited for the display of contemporary, let alone historical artworks.

So, when David Chipperfield Architects was appointed in 2012 by a client body led by the National Museums in Berlin and the Prussian Cultural Heritage Foundation to refurbish the city’s 50-year old problematic but much-loved museum to make it fit for the institution’s centenary, the practice approached it with the same consciousness and delicacy as a picture restorer would approach an Old Master. For the firm, while almost pulling the building to pieces by degrees and remediating the structure, services and interiors, its stated aim was to make its intervention as near invisible as possible. And €140 million later, Chipperfields’ forensic survey of the building, and surgical interventions on it, is evidenced less from what you see than what you don’t. Practice partner Martin Reichart’s summation, at face value, sounds like an under-delivery: ‘There was no promise of new splendour, no promise of new qualities, no reinterpretation or aesthetic upgrade – merely the refurbishment of the last work by Mies in line with accepted conservation practices.’ 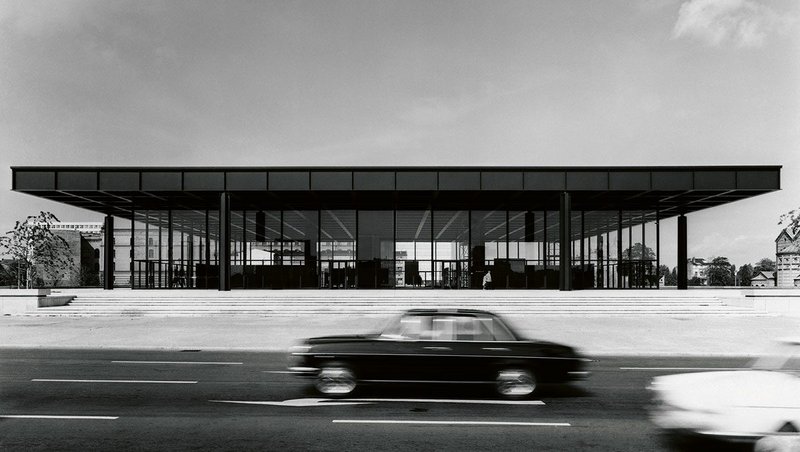 The same elevation just after completion in 1968. Credit: Reinhard Friedrich

And restoration decisions centred around making it fit for international shows while bringing it in line as much as possible with German building and sustainability codes. Functional and technical upgrades include air-conditioning, artificial lighting, security and visitors’ facilities: cloakroom, café and museum shop, as well as improving disabled access and art handling which all meant the dismantling and eventual replacement of 35,000 original components. ‘It was all about preserving the aura and not about the reinstatement of an image,’ says partner and project lead Alexander Schwarz. ‘The refurbishment of the Nationalgalerie fundamentally accepted aging and traces of use in the existing building fabric, as long as they did not impair its visual appearance and usability.’ So it was a given that a primary issue they would have to address was the endemic problems with the huge glass facade running around the upper exhibition hall.

And it was a problem on a grand scale. Each upper single-glazed pane was originally designed as 5.4m by 3.4m, with a total glazed height of 8.5m. ‘It was a fundamental aspect of the Mies aesthetic but it never worked well,’ continues Schwarz. ‘He built this kind of facade several times in earlier work but never of these dimensions, and there were a number problems from the outset.’

To start with, Mies’ corner mullion details, made of 130mm by 130mm hollow sections, were stiff, so thermal expansion could only run from the edges to the middle. A shoe detail at the interface with the oversailing roof, intended to hold the glass in place, also limited its ability to deform. With a similar vertical detail made up of a 40mm by 80mm solid steel frame piece and two 25mm by 45mm steel beads either side of the glass, with next to no tolerance, it was only a matter of time before the arrangement caused every original perimeter pane to shatter.

Upper panes historically replaced were also installed as half-width sheets with a joint rather than full width, minimising the cost of replacing what had been exorbitantly expensive panes to fabricate. In the restoration, full width upper panes were reinstated in line with the architect’s vision. These were fabricated in China by JinJing, one of the few companies globally able to fabricate glass of these dimensions. But to accommodate the inevitable movement in the new iteration, three mullions at the quarter points of every glazed elevation were replaced by so-called ‘expansion mullions’. These look identical to the originals but were constructed of two vertical shoes connected to each other by springs. The detail allows the huge glass panels to move in the order of 10mm per modified mullion, meaning that no change was needed to the original, stiff hollow steel corner sections.

Regarding environmental performance of the single glazing, the firm looked at two double glazed panel options that would have produced significant carbon savings,  one with thermally insulated mullions. But, explains Schwarz: ‘A double-glazed unit simply couldn’t be integrated into the original Mies steel bead detail. We would have had to extend the mullion geometry and discard the original one as it could not have accommodated the increased width. Not surprisingly, Mies is completely unforgiving in the detail.’

In the end, the firm managed to convince the client that the optimum solution was to use mono-glazing made up of two panes of 12mm tempered white glass with a SentryGlas laminated interlayer, dealing with former safety concerns with float glass. Its increased width meant shaving away the internal face of the shoe, making no visible change to the original detail. Chipperfields stated that because the thermal properties of the glass have not changed, U-values are not at variance with the original glazing as installed.

So all was fine for the aesthetic, but less so for the condensation. While the construction was designed to be airtight and vapour-tight to prevent corrosion inside the profile joints and cavities, with its non-thermally broken construction retained, Schwarz concedes that even now, on about 10 days a year when the temperature drops below 4°C, relatively high internal humidity levels mean that condensation still occurs on the inside surface of the glass. With remediation of the resulting corrosion at the bottom of the mullions where they meet the drip tray, any condensation now is collected as intended in the drainage channel and drains away.
The strategy comes with caveats of course. On colder days, visitor access to the courtyard is curtailed to avoid adversely affecting already delicate heat and relative humidity levels.

But it is the effect of the new glass that Schwarz finds most striking, especially when combined with all the original glazing steelwork. Both moves, he says, have reinstated the unique, characteristic aura of the place. ‘We are not used to single glazing anymore- and visually it’s very different. You get twin reflections in double glazing- it has an unfocused quality – but low iron, uncoated single glazing retains its material integrity – is clear and see-through.’ It is, he feels, a fundamental aspect of how the building is perceived. ‘The crispness of this against the steelwork that bears the marks of age, somehow makes the museum so fresh again, and clearly not a copy of what it was before. There is a lot of innocence in pure glass and this strikes you immediately when you ­encounter it.’

Despite the compromised nature of the solution, Schwarz considers the decision to maintain the single glazing is one of the biggest achievements of the project. ‘The fact that we didn’t radically improve the performance of the facade after spending €140 million on the project is a difficult one for the German mentality to wrestle with but, together with the museum’s directors, I think it was the most cultured decision we came to. In a sense, it’s a very English solution,’ he concludes, adding wryly, ‘it’s not perfect, therefore it works.’ 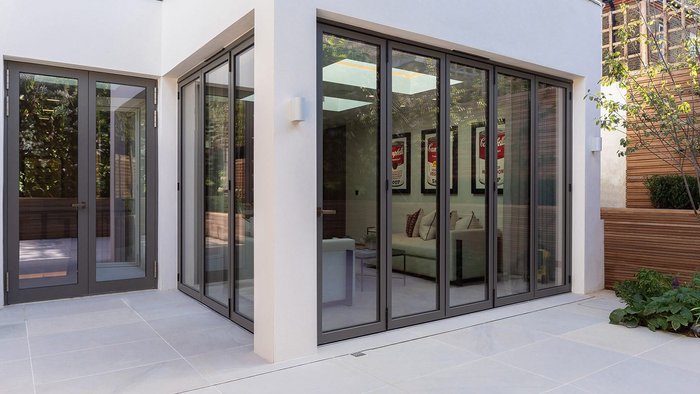 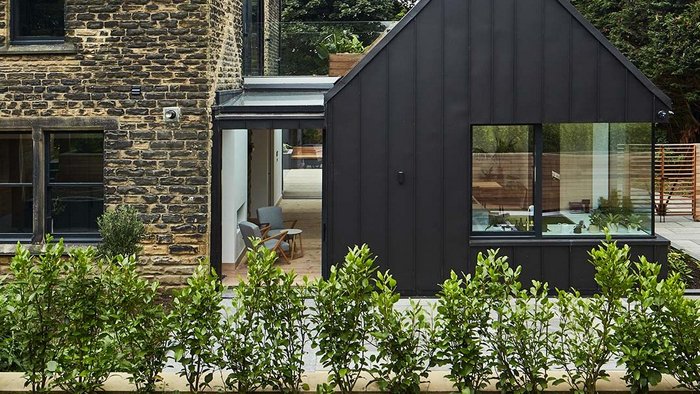 How to harness glass to open up period properties