Time might be money nowadays, but we pay a price for being too mean with it

Denys Lasdun was an architect whose work is admired by everyone not allergic to exposed concrete and engineering brick. But at any given moment he never had that many projects on the go. Even at his busiest he was not exactly overwhelmed with jobs. Yet he was very well known and connected.

You could, of course, say much the same about Carlo Scarpa, the subject of our book review.  It’s a must: Charles Holland on Richard Murphy on Scarpa’s Castelvecchio. That architect’s slender career tally of projects is more understandable. He lived and worked during tumultuous times in ­Italy. Scarpa’s obsessive attention to detail is legendary and though he did accept some speedier commissions it is the long-term cultural projects he is best known for. One thinks of Gaudí and his famous phrase regarding the gradual construction of the Sagrada Familia in Barcelona: ‘My client is not in a hurry’.

And that, really, is what separates the great architects of earlier generations from now: time. Clients are always in a hurry. Architects are doubly in a hurry because nobody these days enjoys the mandatory fee scale that applied in Lasdun’s time, for instance. Just imagine Lasdun being invited to submit a cut-throat fee bid, as opposed to a design bid. The fact remains that to get a building right, you need enough hours spent on it. Lasdun had time to get the details right, and clients prepared to give him that time and – one assumes – to pay for it.

Just imagine Lasdun being invited to submit a cut-throat fee bid, as opposed to a design bid

Not everyone had it good back then, though half the profession was insulated from the vagaries of the market and the fee system by being salaried, pensioned public sector employees; and the other half was frequently employed by the burgeoning public sector as well.  No design and build, no PFI, and clients who mostly knew the language of architecture and trusted their architects. But as early as 1961 Peter Reyner Banham predicted the decline in influence of architects who, he contended, had already made themselves luxury appendages to the building process, marginal rather than central.

So Banham saw the looming clouds, but when did the marginalisation of the profession really start to bite? I think I know when. It was one of the last of the great, sprawling, leisurely publicly-financed projects: the British Library. The time came, at the start of the 1990s, when the slowness and rising costs of the project were examined. The contractor tried to pass the buck by complaining that the architect, Colin St John Wilson, was slow to produce the necessary working drawings. True or not,  Sandy Wilson was old-school. He did detail, and how.

We’ve all but forgotten that run-in now, and what are we left with?  The British Library is grade I listed. Lasdun’s National Theatre is grade II* (and ought to be I). Time is money, but also quality. Though when it comes to Gaudí’s Sagrada Familia, it’s perhaps still too early to tell. 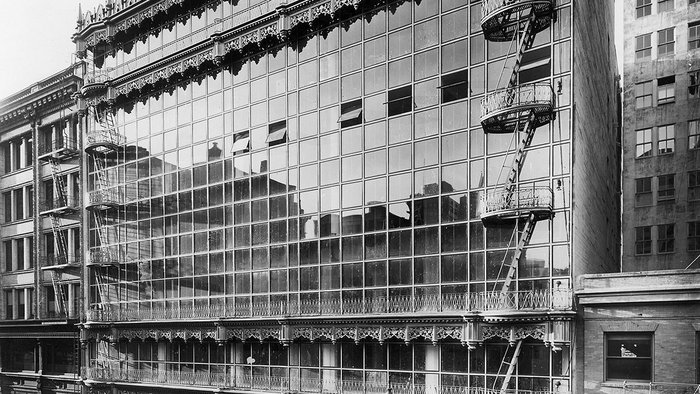