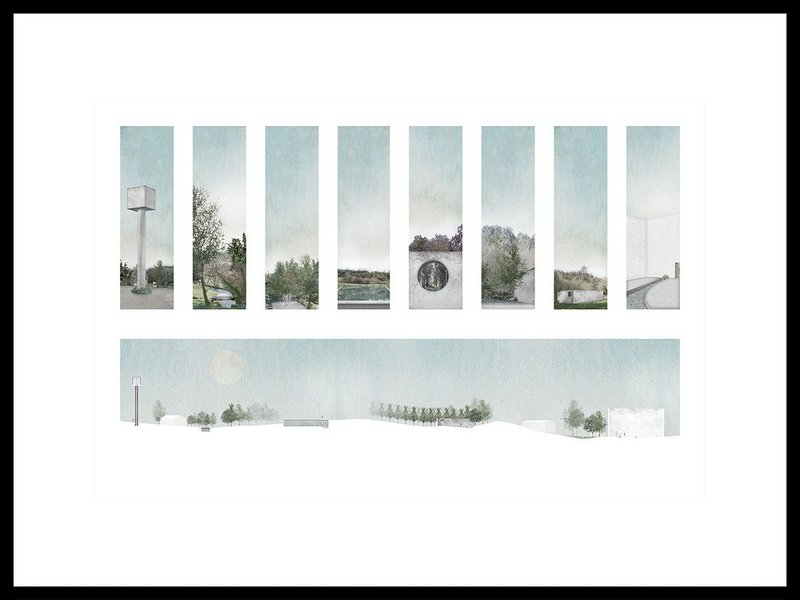 Dominic Murray-Vaughan’s vignettes of spatial encounters at the Spanish town of Lavacolla, a symbolic site on the Camino de Santiago de Compostella pilgrimage route, charmed sceptical judges with their inscrutability. This is a famed bathing site due to the convergence of three rivers, and it was the image’s delicate watercolour qualities that first caught the eye of the judges – before they began to question what they were seeing. Murray-Vaughan introduces curious, box-like follies into the frame, set against his rolling, natural landscape beyond. But what of these ‘eerily empty’ images is merely photograph here, and what has been drawn or painted?

The very fact that the judges couldn’t actually tell, that the images almost defied interrogation perhaps, left them wondering at the delicacy of the intervention. Benedict Langlands felt them to be ‘minimalist, restrained and elegant, with a beautiful sky – perceived as pauses on a route.’ Laura Allen perceived them as ‘pretty magic. It might be an image drawn over a photograph but it’s actually difficult to say; it’s very skilful’. Arinjoy Sen considered the interventions ‘quite sublime’; and while Neal Shasore didn’t warm to them, he nonetheless thought the work had ‘conceptual sophistication.’ So, flawed perhaps, but a captivating example of ‘paper’ fallibility.