Grenfell: Value Engineering - Scenes from the Inquiry leaves audiences shocked and angry at incompetence and indifference that led to 72 deaths 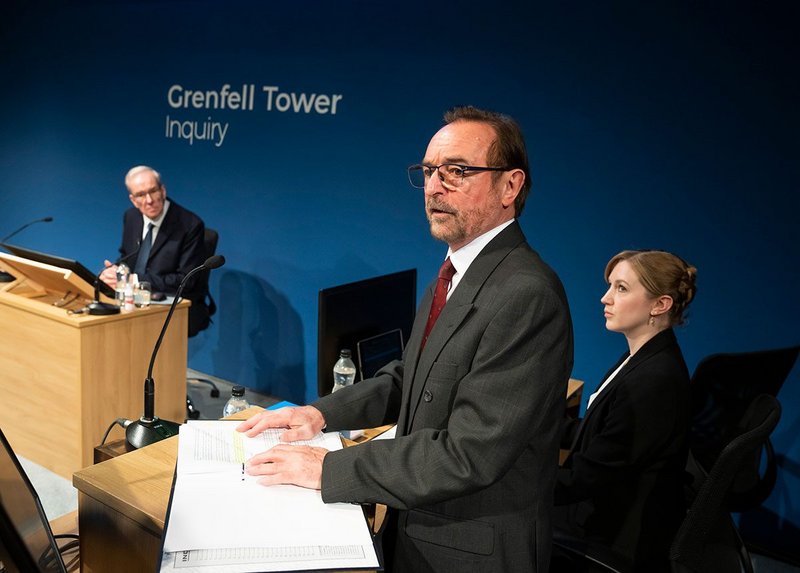 Ron Cook as Richard Millett QC in Grenfell: Value Engineering – Scenes from the Inquiry, a verbatim play at The Tabernacle. Photo: Tristram Kenton

Grenfell: Value Engineering – Scenes from the Inquiry is, quite rightly, a heavy watch. This verbatim play has been crafted by journalist Richard Norton-Taylor out of the transcripts of the ongoing inquiry into the tragedy on 14 June 2017, and is directed by Nicolas Kent. The two have developed something of a niche for tribunal plays, having previously tackled the Scott Arms to Iraq and Stephen Lawrence inquiries among others.

Staged at the Tabernacle less than a mile from Grenfell Tower, this one carries a huge emotional load. Norton-Taylor hopes it will provide ‘a feeling of greater understanding of not only how the fire spread so quickly but why’, and expects that those seeing it will be shocked and angry. It certainly achieves both these results.

It is compelling, despite the inevitably dry wording and technical complexity. The staging is as per the inquiry itself, with chair Sir Martin Moore-Bick presiding in the centre, with the witnesses and counsels to either side and large screens showing relevant documents.

It is also relentless and depressing. We watch as key exchanges between barristers and witnesses unfold, each revealing yet another missed chance, oversight, incompetence, buck-passing or worse. What’s startling is the lack of expertise throughout, whether through inexperience, incompetence or indifference, and in particular the lack of knowledge and attention to Building Regulations. Any sympathy for the distress of some of the participants at the hearing is swiftly tempered by the knowledge that 72 lives were lost in a wholly avoidable tragedy. 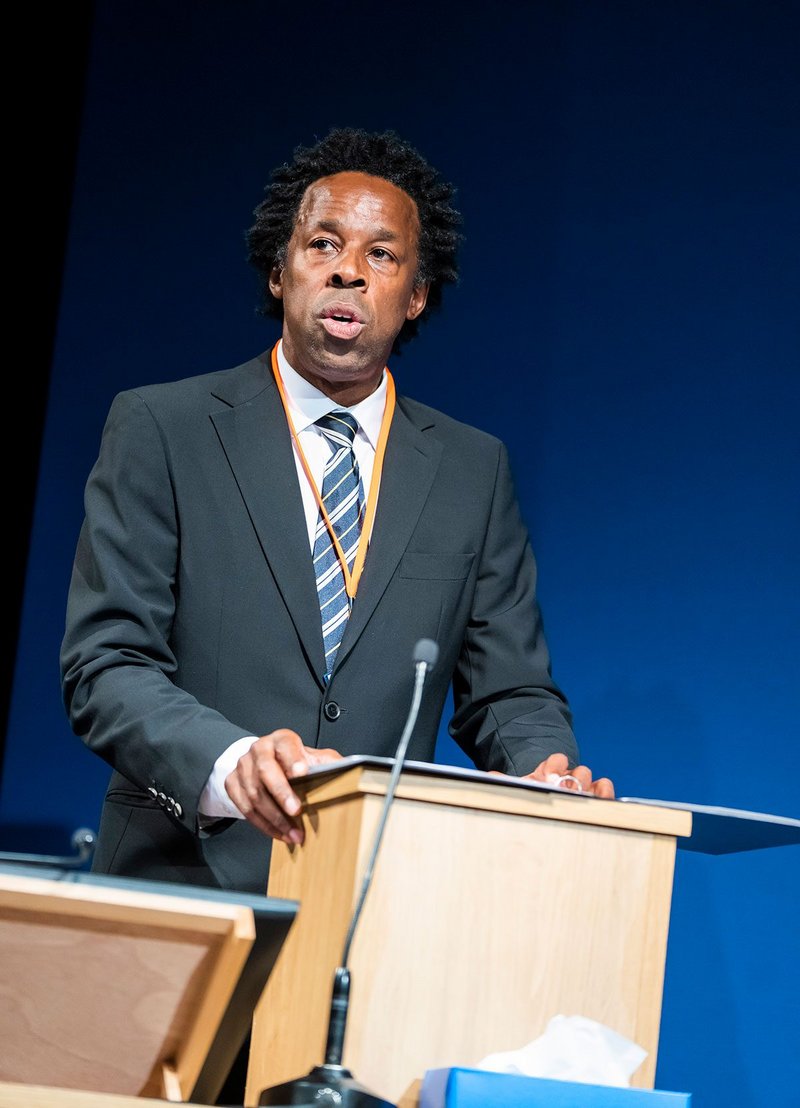 No-one comes out of this well, including wealthy local authority Royal Borough of Kensington & Chelsea and its Tenants Management Organisation (TMO) as well as the construction team. There was an ‘epidemic level of incompetence from a fire safety perspective both in the refurbishment and in the management of the building’ according to Bereaved Survivors and Residents (BSR) Group barrister Stephanie Barwise, played by Claire Lams. In his role as BSR Group barrister Leslie Thomas, actor Derek Elroy makes perhaps the most powerful speech in the play, citing James Baldwin and drawing parallels between Grenfell victims and the disproportionate number of people of colour who’ve died during the pandemic.

‘The statistics are glaring and provide a stark and continuous reminder that Grenfell is inextricably linked with race. It is the elephant in the room,’ he says.

Conditions in the 25-storey tower had clearly been poor for years. The belated refurbishment, commissioned by the TMO, proposed to overclad the tower in a scheme by architect Studio E, who lacked expertise in high-rise projects. A significant portion of the play focuses on the somewhat murky appointment of contractor Rydon including the disastrous value engineering that aimed to save £800,000 by, among other things, changing the cladding from non-combustible zinc to cheaper Aluminium Composite Material (ACM) rainscreen cladding with combustible polyethylene cores. There was no thought that the budget may have simply have been too low in the first place, rather than in need of value engineering. Following the fire, Kensington and Chelsea has spent more than £400 million on recovery measures, we learn from the production notes.

From then on, the play reveals how no-one – neither architect, contractor nor cladding sub-contractor (Harley Curtain Wall) took responsibility for the fire safety of the product specified during the refurbishment, or the way it was used – without cavity barriers around windows – which contributed to the spread of the fire. Studio E architect Bruce Sounes didn’t believe that Building Regulations compliance was part of his role as an architect. Nor did he concern himself with fire safety requirements.

As Norton-Smith says, the ‘devil is often in the detail’, and the forensic examining at the inquiry helped to draw this out. Oddly, however, his edit didn’t include some of the more shocking material relating to the fire test failures of insulation panels made by Celotex and Kingspan that have been well documented in press coverage of the inquiry.

The play concludes rather quickly with the words of Michael Mansfield QC, representing the BSR Group. In this role, actor David Robb cites a widely-circulated dossier put together by resident and leaseholder Shah Ahmed after a fire at the tower back in 2010, outlining the building’s vulnerabilities to fire and lack of evacuation procedures: ‘That letter has everything in it. That letter is warning, seven years before, the same chief executive office, the same TMO, that there will be an inferno’.

The audience is left well-armed with the knowledge of how and why the fire happened and claimed so many lives, and horrified by the clear avoidability of the tragedy.

The inquiry is still going on, with much still to be interrogated including the fitness of the Building Regulations, the role of government and what can be done to avoid such events happening again.

The end of the play is fitting. There is no curtain call for the actors, just a projection of the names of those who died in the fire.

Grenfell: Value Engineering – Scenes from the Inquiry, edited by Richard Norton-Taylor and directed by Nicolas Kent. Until 13 November 2021 at the Tabernacle, 34-35 Powis Square, London, W11 2AY and from 16-20 November 2021 at Centenary Square, Broad Street, Birmingham B1 2EP