Oliver Wainwright on the ups and downs of architectural gadgetry 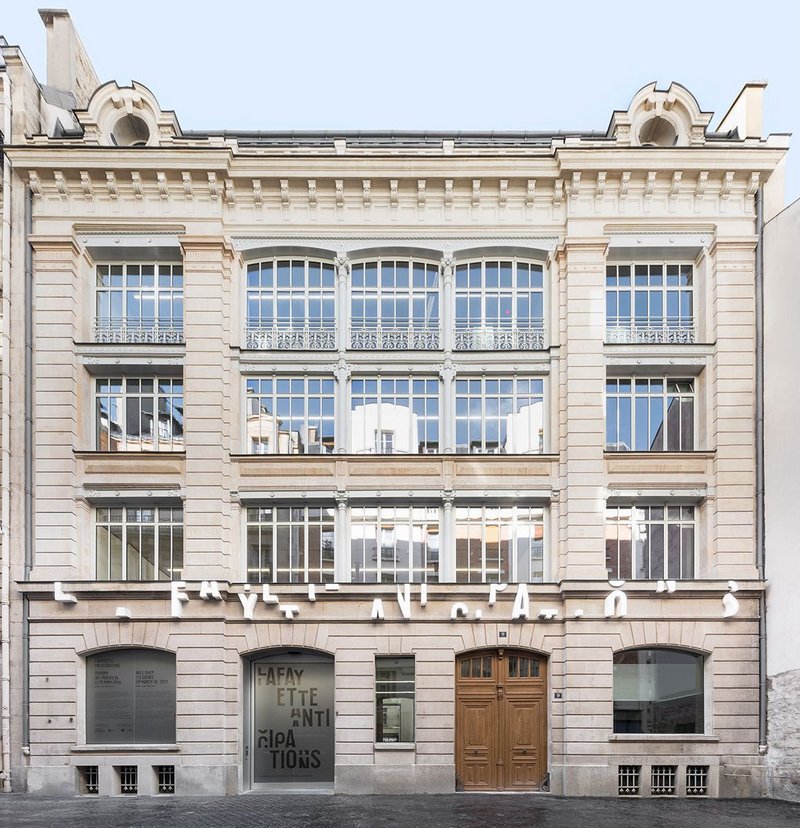 Externally there doesn’t appear to be a lot of change. Credit: Delfino Sisto Legnani and Marco Cappelletti

Rem Koolhaas was conspicuously absent from the press view of his first built project in Paris this month. It was odd not to show up to the launch of Lafayette Anticipations, his new €21 million space for the art foundation of Galeries Lafayette, the luxury French department store chain, particularly after OMA's history of frustrated proposals for the French capital – from the Bibliotheque Nationale to the masterplan for Les Halles. But it was also strangely fitting, given what Koolhaas writes in the building's accompanying catalogue.

‘In our work, we have long been experimenting with the possibility of disappearing as an architect,’ he says. ‘This project could be interpreted as an impeachment of signature.’

From the outside of the 19th century warehouse, which stands innocuously on Rue du Plâtre in Le Marais, around the corner from the Pompidou Centre, it's impossible to tell that a Pritzker Prize winner has been at work. While Rogers and Piano's hi-tech art refinery flaunts its aesthetic of ‘flexibility’, Koolhaas has hidden his own essay in adaptable display space – complete with moving floors – behind a sober stone facade. 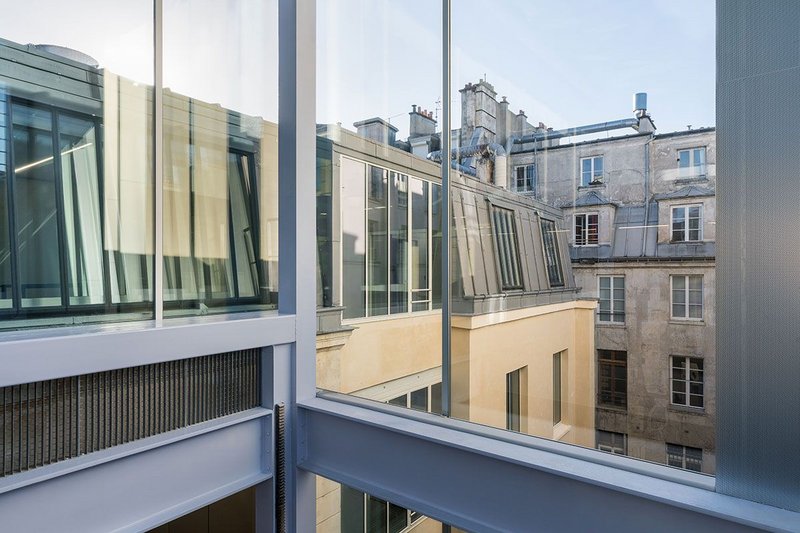 In this case, however, it wasn't really his choice. As project architect Clément Périssé explains: ‘After two years of studying what was possible within the rules of the historic conservation area, the conclusion was that we were not allowed to do anything.’

The constraints proved to be a boon. They focused the architect's attention on the U-shaped courtyard at the centre of the site, where it has inserted a four-storey steel and glass tower, in which four platforms are suspended on a rack-and-pinion system, allowing them to shuttle up and down in a reconfigurable way. It is an appropriately 19th century mechanism for this handsome old storage building, with the sharp steel teeth of the racks left exposed, fitting with the functional palette of anodised aluminium, galvanised steel grating, raw plywood and end-grain oak flooring.

François Quintin, the gallery's director, describes the project as a ‘curatorial machine’, a ‘tool’ that artists can experiment with, and OMA's seductive diagrams show a thrilling menu of 49 different possible configurations, with a range of double- and triple-height spaces and intriguing scissor sections that can be summoned at the touch of a button. There is an air of satisfaction that this little building might achieve what the Pompidou (and the Fun Palace before it) once promised, but never quite fulfilled. 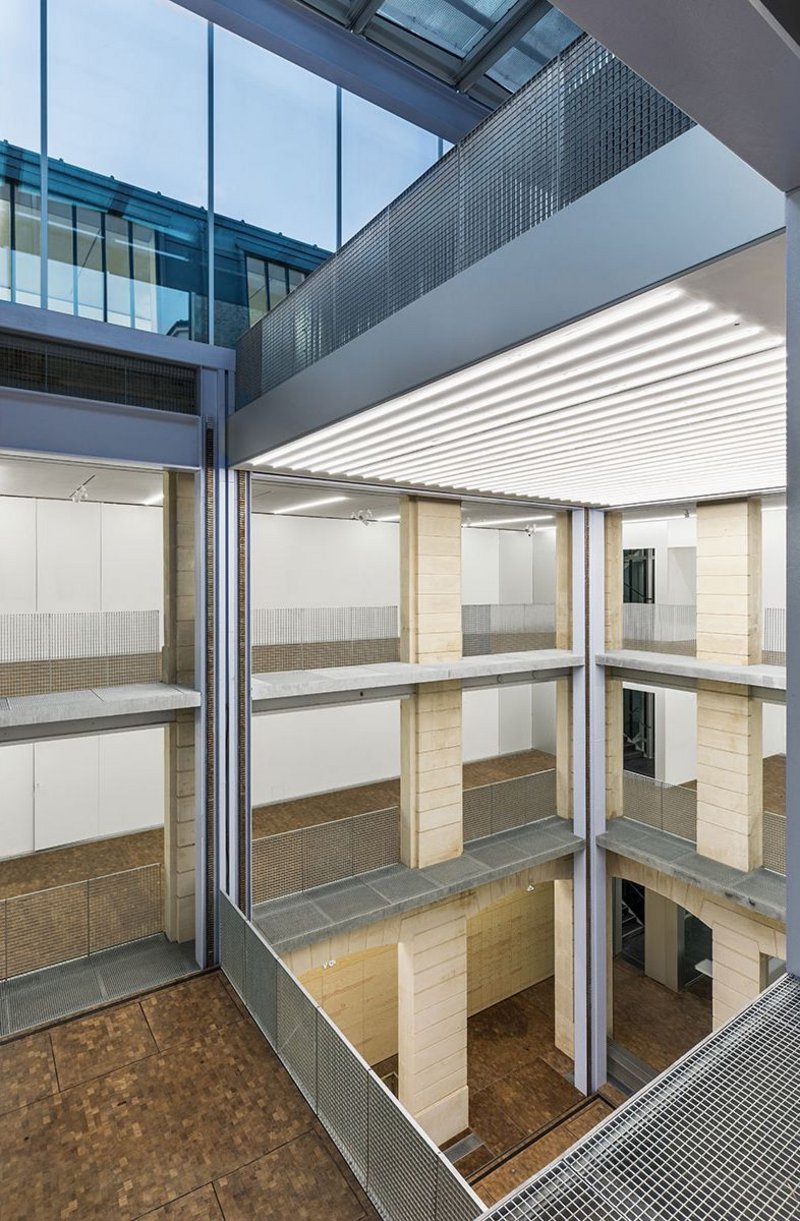 I would like to share their optimism, but it's hard to shake off the niggling feeling that neither the curators nor the artists have ever yearned for the ability to move the floors of their gallery up and down. For the opening show, it feels like the American artist Lutz Bacher has actively shunned the building's gadgetry, leaving the central floors empty and off-limits, simply projecting films onto the side walls.

Koolhaas writes that it is ‘thrilling to see the physical manifestation of the building's changing proportions right before your eyes, accompanied by all its noises.’ No doubt it is, but sadly this is not an experience that the public (nor the press) will ever be allowed to have. Throwing a spanner in the performative architectural works, the city's health and safety regulations mean that the floors cannot be moved when there are any people in the building. 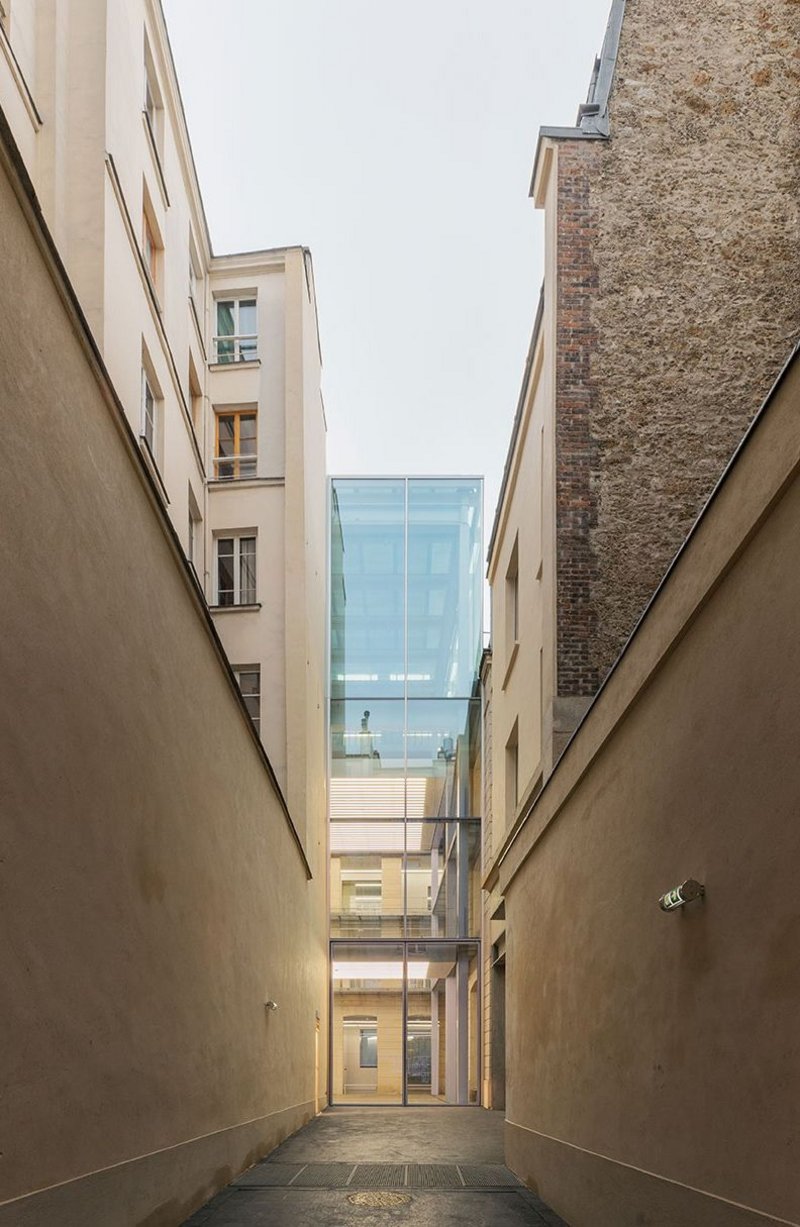 A glimpse of the new insertion Credit: Delfino Sisto Legnani and Marco Cappelletti

Quintin insists that the kinetic aspect of the gallery is ‘neither a spectacle nor an attraction,’ but something that visitors will be able to derive satisfaction from just knowing is possible, just like knowing that there's a well-equipped workshop in the basement, which is also off-limits.

‘Besides,’ he adds, ‘it's quite an operation to move the floors.’ The transformation entails the cumbersome manual removal of steel balustrades around the perimeter of each floor, before bolting them back into place. Still, since when did practical concerns get in the way of a well-heeled private foundation indulging its desire for a unique architectural gimmick?

I ask curator Anna Colin when the floors might next be moved, or if forthcoming artists have begun to engage with the building's adaptable potential. ‘I'm not too interested in the platforms moving during the course of a show, and nothing has yet come up from conversations with the artists that would justify moving them,’ she says frankly. ‘We shouldn't be distracted by being proud of our gadget.’

For Koolhaas, robotics have been a long-running obsession. ‘I love robots,’ he says in the catalogue, ‘and I have a robotised lawnmower at home. It's a completely stupid machine. It bumps into things from one end to the other … An architect is a bit like that automatic mower. You always have to be prepared for new options in case something fails.’