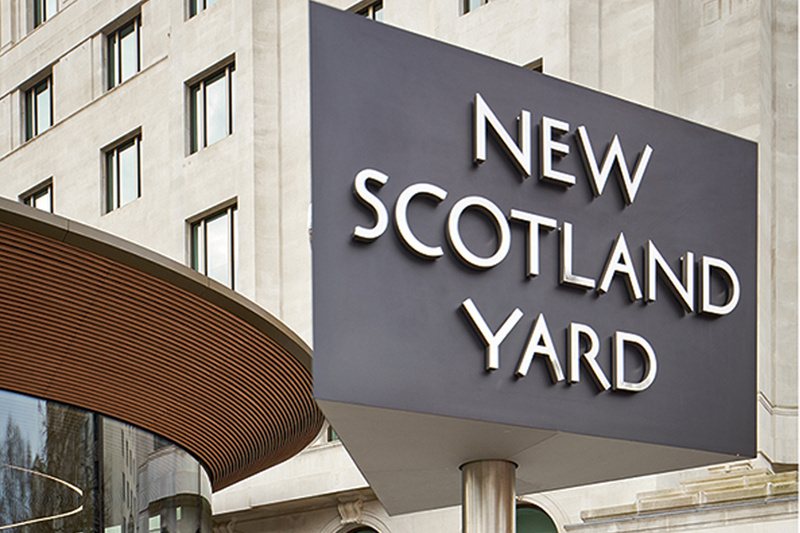 Where, exactly, is New Scotland Yard? The police headquarters wanders through central London, like a building in a dream. Most people, I would guess, still picture a bland midcentury office block with a revolving triangular sign outside it, a familiar backdrop to decades of outdoor press conferences. But since 2016 the Met has been in another New Scotland Yard, a refurbished neoclassical building of 1935. And here’s when things begin to get a little weird: this building adjoins the original New Scotland Yard, a slightly feverish pseudo-Jacobean creation of the late 19th century, which now houses government offices.

Still following? Good. Because there’s another kink. The original New Scotland Yard, all cupolas and banded brick and stone, is now called the Norman Shaw building, after its architect. Not a lot of buildings get named after their architects, and until recently there was another nearby: the current New Scotland Yard, which was formerly the Curtis Green building, after William Curtis Green.

Just to tie things up with a neat bow, Shaw taught Green at the Royal Academy Architectural School. The experience provides a valuable bit of advice for educators working today. In an autobiographical note written to accompany a 1949 monograph, Curtis Green remembers Shaw as ‘too kind to be really helpful’, only making remarks such as ‘a beau-ti-ful drawing’ about his students’ work. But when he came across a ‘particularly revolting design’ and no words of honest praise could be found, he would say ‘I dreamt about your design last night,’ and immediately move on.

This masterpiece of faint praise reminds us that dreams rarely involve much in the way of architecture. Let me clarify that. Dreams, naturally, are filled with buildings and rooms and places, which are the products of architecture. But they contain little of the process of architecture, the coherent organisation of space. One of the signature qualities of dreams is the illogical or variable interior, and the cinematic cut rendered in architectural space – we pass through a door in our childhood home and emerge into a wholly different place and time. When real buildings are called ‘dreamlike’, they are generally being described from afar, not inhabited: the Norman Shaw building, like a lot of the more fanciful works of the late 19th and early 20th centuries, has heady, oneiric qualities when seen from the other side of the Thames, and is a routine place within.

When the language of dreams is applied to interiors, the connotation are more negative. Endless corridors, illogical layouts, mazes of dead-ends. These are the qualities of a nightmare.

Is it even possible to design a building in a dream? I find that dreams often furnish what I imagine to be exquisite plots for novels, but when they are dragged into the cold light of the morning they are a mess of non sequiturs. What dreams excel at is atmosphere and imagery and unexpected combination. In literature, the most famous dream building is Kublai Khan’s ‘stately pleasure dome’ described in Samuel Taylor Coleridge’s poem Xanadu, which had come to the poet in an opioid sleep.

But the Argentinian writer Jorge Luis Borges relates a strange coda to Coleridge’s dream dome. A Persian history from the 14th century, translated decades after Xanadu was written and certainly unknown to Coleridge, states that Kublai Khan ‘built a palace according to a plan that he had seen in a dream and retained in his memory.’ So perhaps it can be done.

‘The first dream added a palace to reality,’ writes Borges; ‘the second, which occurred five centuries later, a poem … suggested by the palace.’ He continues: ‘Perhaps an archetype not yet revealed to mankind, an eternal object … is gradually entering the world.’ It’s these mystical lines that come to mind when I consider the peregrinations of the police HQ.

Will Wiles is an author. Read him here every other month

Has BIG thought about the sinister subtexts of techno cities?