Museums can say a lot about a country – we’re talking buildings, not contents in Finland

Just as a group of journalists were sitting down to a lunch of reindeer steak in the restaurant of the new Amos Rex art museum in Helsinki last month, one of the city’s press officers arrived all of a flutter. On the eve of the opening of the €50 million new arts complex, the country’s minister of culture and the mayor of the Finnish capital had declared their joint intention to build another one – this time dedicated to architecture and design.

It is an exciting time for cultural beacons in Helsinki. Like the proverbial bus, Finns have waited years for such things and now three come along at once. No sooner have the Amos Rex’s subterranean caves of contemporary art opened, than the magical tree-dotted reading rooms of the city’s gargantuan new central library completes (in December).

Designed by local firm ALA (not to be confused with Amanda Levete, although it does receive her post apparently), the €98 million  Oodi Library will stand next to the central station as a great galleon of learning. Its curvaceous timber hull will rise to an ethereal white cloud at the upper levels, dubbed the ‘book heaven’, where bookshelves will stand in a glade of trees beneath a billowing white ceiling, beanbags scattered over its sloping floors. It is a fitting monument: the UN recently named Finland the world’s most literate nation. While the UK spends just £14.40 per head on libraries, Finland spends £50.50.

The cultural building boom is all the more welcome following Helsinki’s truculent claim to fame as the first city to turn down a new Guggenheim Museum. After five years of bitter public debate, city councillors killed the project in 2016, rejecting the €150 million outpost as a bastion of US colonialism. It was a sorry saga. Billed as the world’s biggest ever architectural competition, receiving 1,715 submissions from 77 countries, the winning design was a dour cluster of dark sheds, by little-known French-Japanese firm Moreau Kusunoki. The bill for the taxpayer for the first 20 years would have been over €23m, but it was the Guggenheim’s attitude that put people off, and the total lack of consultation. 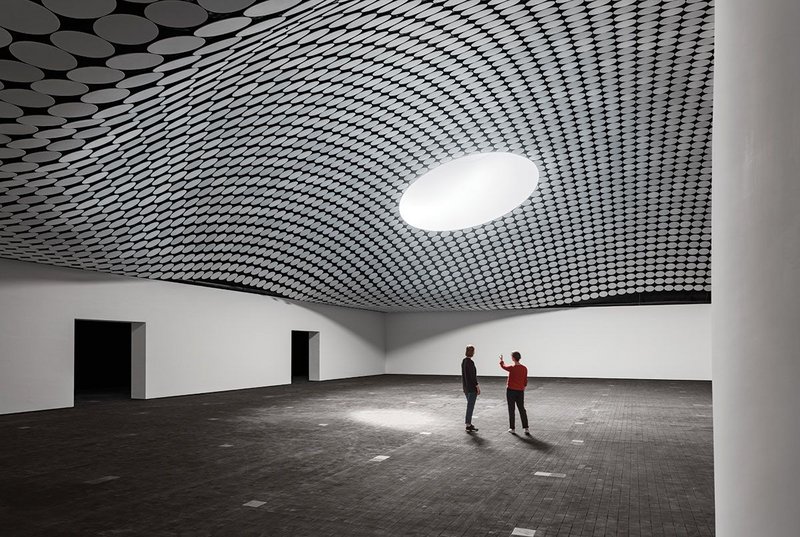 Amos Rex Art Museum Helsinki by Finnish practice ALA, the first in a number of cultural projects for the city.

Bookshelves will stand in a glade of trees beneath a billowing white ceiling, beanbags scattered over its sloping floors

I visited the city in 2014 to see the proposed waterfront site, and asked the opinion of the security guard at the earmarked plot. ‘I’m not paying my taxes to be handed over to an American corporation to do with what they want,’ he told me firmly. ‘If we’re spending that kind of money, it should be on our own national museum, not another outpost of a global company.’ It was a sentiment shared by many.

Some of those funds will be devoted to a new combined home for the city’s architecture and design museums instead, two worthy institutions currently housed in a couple of separate converted buildings around town. And the two possible site earmarked for its location? One is the very harbour-front car park where the Guggenheim was planned.

There are still substantial research and brief development stages to be worked through, but insiders say another international design competition is likely. ‘After the Guggenheim fiasco, we are aware that we need to proceed very carefully, with maximum public input,’ says a source close to the project. Their caution is prudent; its neighbour Copenhagen recently moved its excellent Danish Architecture Centre from an atmospheric brick warehouse threaded with criss-crossing oak beams to a glacial £236m ziggurat designed by OMA. It sounded like a thrilling vertical city on paper, a jumbled Jenga-block stack that even spans a road, housing a gym, apartments and workspace. But the result makes the architecture gallery itself feel like an afterthought, entombed in an atrium at the centre a corporate office complex. If Helsinki chooses mixed-use, it must ensure the institutions themselves are the stars of the show.

The Finnish love of libraries might come from the fact that they offer far more than books. On my tour of the Oodi library construction site, the chief librarian proudly told me that, alongside music studios and makerspace, it will also have counters to hire out sports equipment and power tools.

Oliver Wainwright is architecture critic at the Guardian