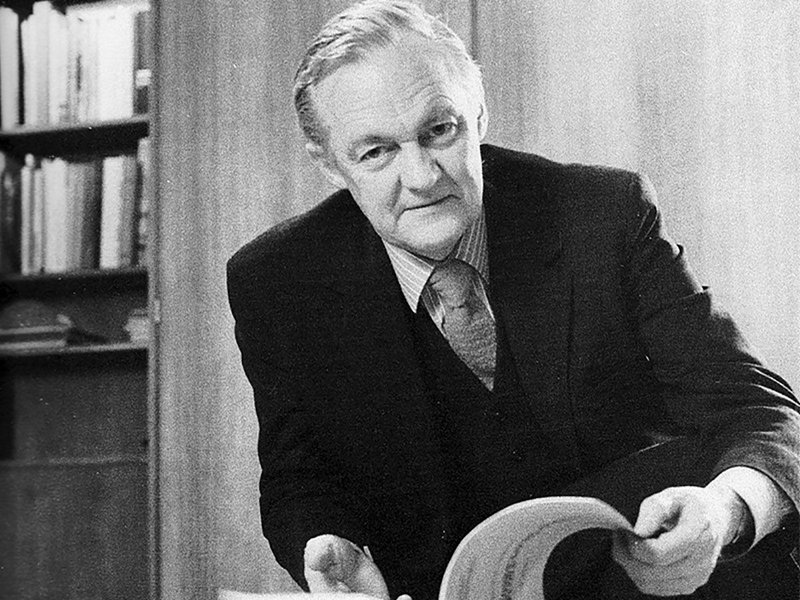 ‘Is it just that the Australian public clings to its depressing little boxes because it knows no better, has seen no better design?’ So asked the late Robin Boyd, Australia’s most influential postwar architect, despairing at the plague of bungalows rapidly sprawling across the country in the 1970s.

It is a model of low-density sprawl that contrasts with the centre of the city, where a tidal wave of steroidal high-rise development sees these depressing little boxes matched by depressing big boxes of ever more bloated design, gussied up to the nines in garish costumes. Melbourne feels like the cut-price catalogue of a Chinese cladding manufacturer.

In Boyd’s centenary year, it is more important than ever to remember his outrage at the state of Australian design, so eloquently brought together in his 1960 book, The Australian Ugliness – the Antipodean equivalent of Ian Nairn’s bolshy Outrage.

‘Australia’s is a special kind of philistinism,’ Boyd wrote, ‘an immovable materialism which puts art and ideas of any kind deliberately and firmly to one side to let the serious business of living proceed without distraction.’

He coined the term ‘featurism’ to describe the national penchant for skin-deep prettification of the built environment, calling it a kind of ‘nervous architectural chattering’. He identified veneer as the most dreaded symptom of this disease, akin to ‘applying pleasing cosmetics to the sick patient’.

To the modern reader, much of his reasoning sounds snobbish sneering against popular taste, but in fact Boyd did more than anyone to champion good design for all. He was the first director of the Small Homes Service, established by the The Royal Victorian Institute of Architects in 1947, which published plans for modern affordable homes each week in The Age newspaper, alongside a column advocating the benefits of modern design. Plans and specifications – which any­one could buy for £5 – featured economic use of space and good solar orientation, and made use of the whole suburban block as a total environment. Over 5,000 homes were built.

He coined the term ‘featurism’ to describe skin-deep prettification of the built environment, calling it a kind of ‘nervous architectural chattering’

On my recent visit I had the pleasure of staying in Boyd’s own family home, built in 1957 and now looked after by the Boyd Foundation, which stands as a powerful manifesto for his design principles. Presenting a blank, ivy-covered wall to the street, the home unfolds around a beautiful garden courtyard, conceived as an outdoor room with glass-walled sides and overhanging eaves, suspended from a long drooping catenary structure.

In a move which still feels radical today, the principal bedroom doubled up as the living room, floating on a balustrade-free mezzanine platform above the dining area, with the sofa transforming into the Boyds’ bed by night. The children’s bedrooms were housed in a pavilion at the other side of the courtyard, giving both generations some privacy. The ingenuity of the built-in furniture continued to astound – I kept discovering fold-out ironing boards hidden in curious places around the house.

As Australian cities expand ever outwards (Melbourne, for example, has seen 50 suburbs added to its bulging waistline since 2006), a contemporary take on the Small Homes Service could be valuable – always remembering Boyd’s call for ‘better architecture and planning: more imaginatively exciting, more involving, more our own.’

Oliver Wainwright is architecture critic at the Guardian. Read him here every other month and at ribaj.com

Robin Boyd found depressing similarities between British and Australian architects, noting that both ‘are inclined to be ineffably dreary at heart, and are conscious of this, so that they dress up the drabness with party trappings more desperately gay than the American ever uses’. Yet in England, he noted, we are redeemed, as ‘there is always something of genuine beauty around the corner, a medieval church or a glimpse of field, hedge and honest stonework.’