‘Don’t it always seem to go, that you don’t know what you’ve got ’til it’s gone?’ The refrain of Joni Mitchell’s ‘Big Yellow Taxi’ may be running through Parisian heads after a disastrous fire tore through the cathedral of Notre-Dame de Paris during the evening rush hour on 15 April. Some buildings embody the spirit of a city and if the devastating fire at Mackintosh’s turn of the century School of Art affected the grittiest Glaswegian, imagine the psychological scar left on your average Parisian when eight centuries of history, the ‘Point Zero’ from which all distances from Paris are measured, goes up in flames?

But, with huge sums of private money pledged to rebuild it, two issues are highlighted: the selective nature of our sense of cultural ‘value’, and how it could be more shocking for being an accident than a deliberate act. Robert Bevan’s 2005 book The destruction of memory draws attention to the erasure of cultures by targeting monuments; not least the West’s impotence  when Serbian Forces burned Sarajevo’s Moorish National Library in 1992, leaving charred pages of two million books floating in its night sky. ‘This will kill that,’ Victor Hugo’s villain Frollo declared, pointing at a book and then Notre-Dame. But what happens when you kill both?

By contrast, it is the careless rather than deliberate erasure of history that Joni Mitchell highlights; the buildings, streets and hidden, wild spaces of the city that, in the name of regeneration, are simply lost with no conscious thought. She gently reminds us that, burned out on the end of the Île de la Cité, sits the conspicuous tip of a much bigger invisible iceberg.

Below, Jan-Carlos Kucharek enjoys three stand-outs from the inbox 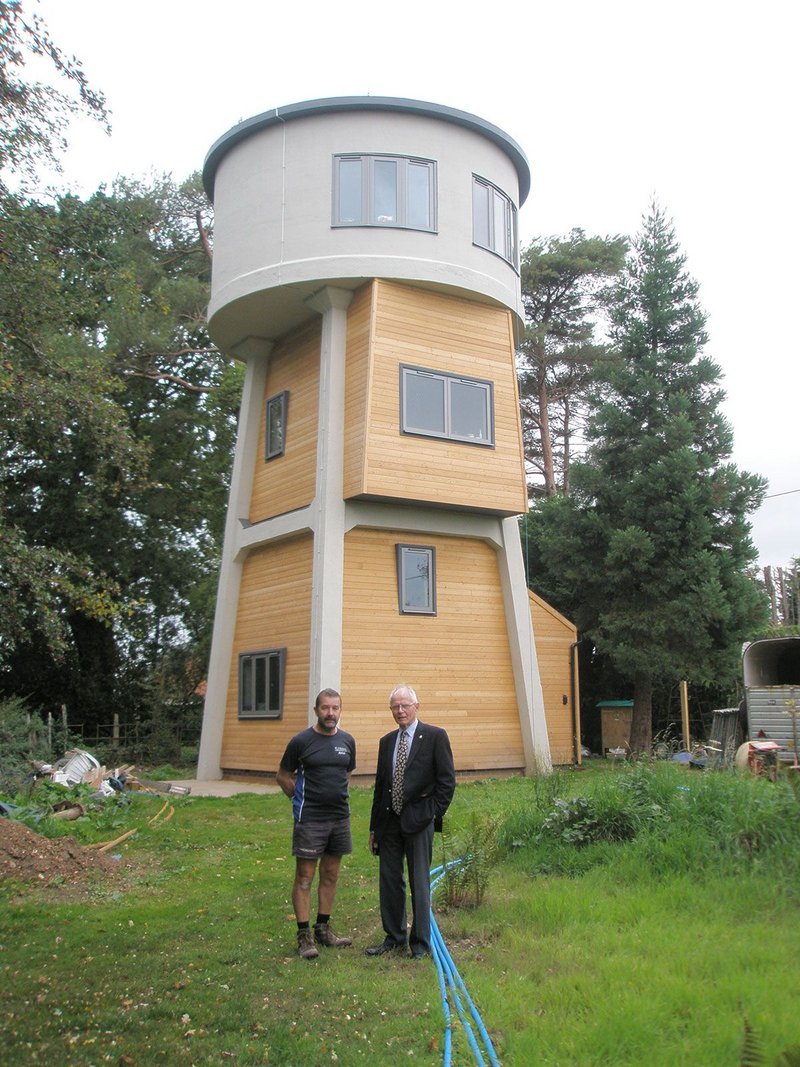 MAR-TELLO TOWER
Bernd and Hilla Becher photographed them in dull, shadowless light. Ricardo Bofill put part of his sprawling concrete works office and home in one. What else can be done with water towers? Well, retired neurosurgeon Peter Stanworth turned his into a holiday let. Sat in the garden of his 17th century farm and costing £50k to demolish, this was the only use local planners would ascribe to it. And a well-insulated one – stuffed to the gills with Actis insulation. Now Peter might be beaming like the Cheshire Cat with his renovated eyrie but we can’t get our heads around the odd geometry. Square peg in around hole? Curiouser and curiouser… 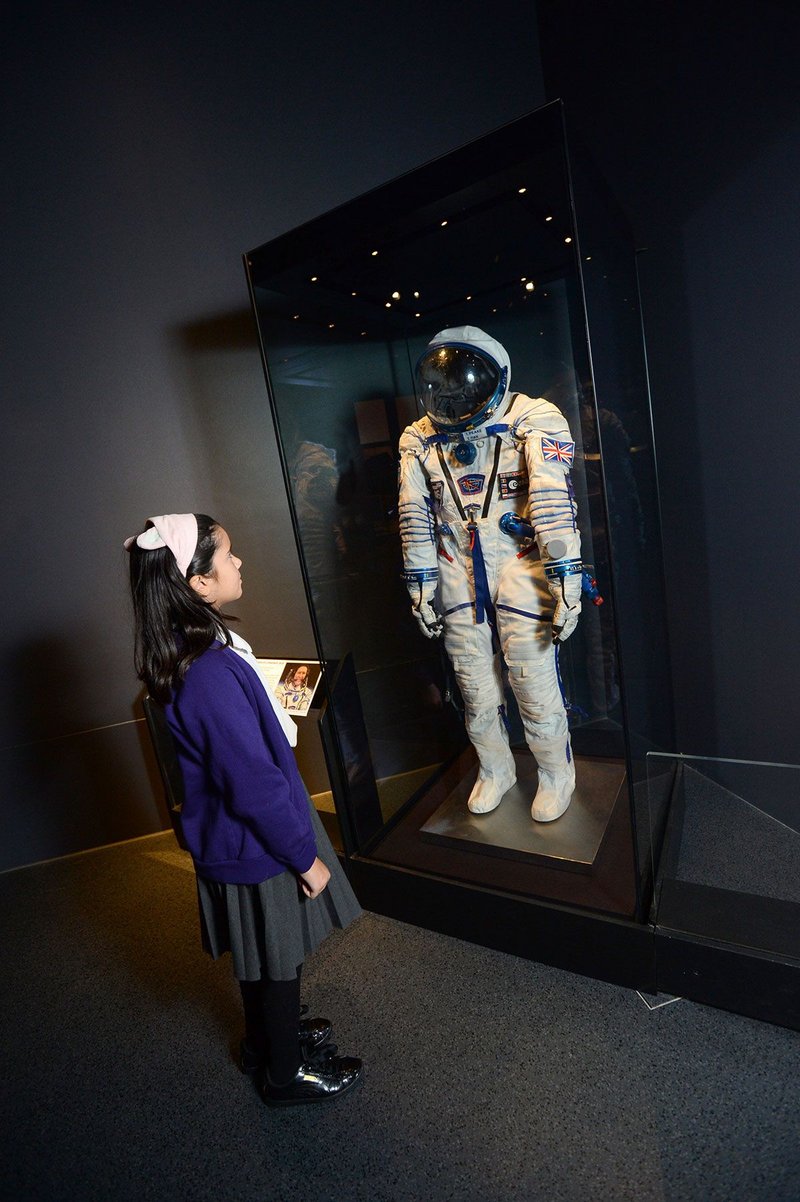 SHINE BRIGHT LIKE A DIAMOND
It was one small step for man but a giant leap in visitor numbers for the National Museum of Wales last year, when it held its British astronaut Tim Peake show. The museum was apparently relieved it had Gerflor floors to handle the footfall of those taking a peek at Peake’s Soyuz TMA-19 space capsule. And it has ‘excellent’ slip-resistance in case of any spillages. Not that that’s an issue in deep space. I’m told that one of the most beautiful sights there is a urine expulsion in sunlight, your tinkle crystallising instantaneously into a billion diamonds in temperatures nearing Absolute Zero. Bear that in mind next time you’re trying to defrost the lock on the driver’s side. 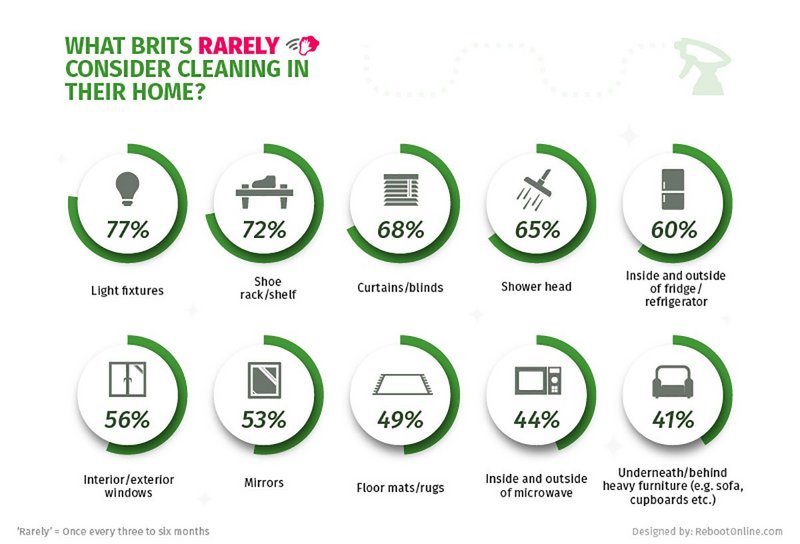 NEXT TO GODLINESS?
Judging by the hordes quaffing ales and Pinot Grigio in the pubs during last month’s glorious Easter weekend, spring cleaning was the last thing on our minds. Cleaning firm ‘End of Tenancy’, researching Brits’ dusting habits, pulled together empirical and anecdotal evidence. No big surprises here: 77% of people don’t clean light fittings and 72% forget to dust the shoe rack. But it’s the other stats that raise an eyebrow. Only 44% clean the microwave, 41% vacuum, and only 53% clean the bathroom mirror. Yet 28% of us buy a new cleaning product monthly that we never use. The only thing getting into those nooks and crannies seems to be forgotten Cillit Bang.