A stark picture is painted by the Inter­governmental Panel on Climate Change’s recent report, if its limit of 1.5ºC (as opposed to 2ºC) by 2030 is ignored. If so, by 2100, global sea levels may be 10cm higher than the deeply worrying 48cm predicted by data website Carbon Brief for a 1.5ºC rise; not least an Arctic free of sea ice in summer and the extinction of coral reefs. Factory farming is partly to blame, with Dr Marco Springmann of the Oxford Martin School warning that things won’t change unless the population moves to a largely plant-based diet. Meat once a week anyone?

Construction is also to blame. Nay-sayers might dismiss Foster & Partners’ Stirling-winning Bloomberg HQ as an attempt to declare the UK is still open for business; but the fact is, it can be naturally ventilated, uses 40% less electrical energy than a typical office and net zero mains water for toilets, so is arguably the world’s most sustainable office. But while saving 1000 tonnes of CO2/year in smart strategies and CHP – if a return flight to JFK uses four, does Mr Foster’s building really ‘weigh’ enough?

So maybe the best office is no office at all – a thought on architect Amin Taha’s mind, with his 15 Clerkenwell Close still the subject of an enforcement order by Islington planners. No explanation yet issued by either party has joined the dots on this case’s peculiar complexity but the idea that a building of such quality and poetry should even be threatened with demolition beggars belief. The developer-driven excrescences that blight our cities due to value engineering notwithstanding, how much embodied carbon is that?

Below Jan-Carlos Kucharek enjoys three of this month's out-takes 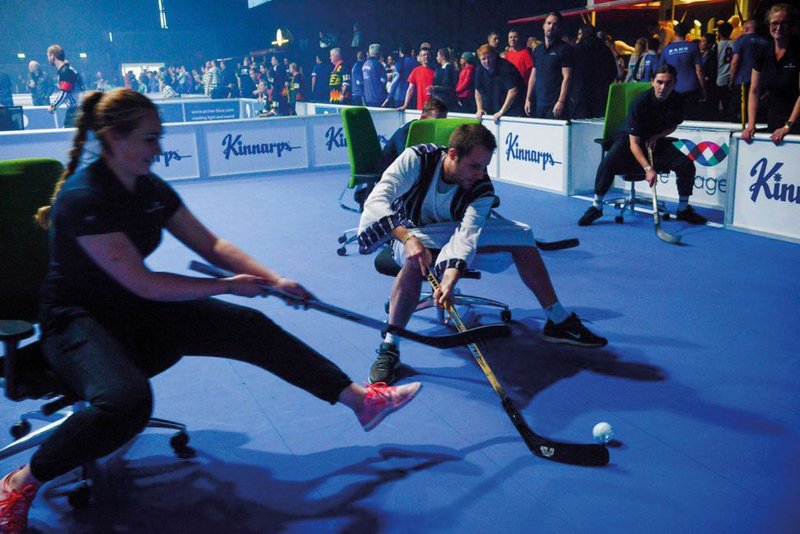 For those for whom the high point of the office day is the water cooler moment, a visit to this year’s Orgatec trade fair in Cologne last month might have been a game changer. To kick off the event, organisers arranged an inaugural game of ‘chair hockey’ – it’s hockey, but on office chairs! The craze, starting in 2007 in the unlikely venue of a ‘large disco in Lower Saxony’, has since built up a following beyond Germany’s Teu-dio 54 crowd. The stick-based rules are the same, except you’re whizzing around sat on a chair. Highest score wins; and like Formula 1, vehicle design gets rewarded too; there’s even a ‘Constructor’s’ category. 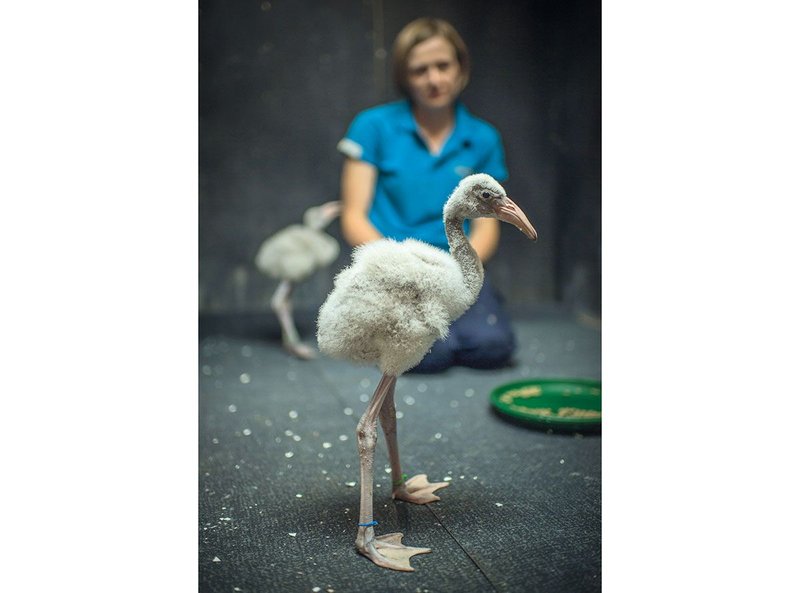 Strictly for the birds
Having 21 Caribbean flamingo chicks squawking round your ankles sounds cute as— but that’s a shed load of guano, as Chester Zoo keepers Clare Wylie and Wayne McLeod know. As the birds have sensitive feet, they needed a floor that wouldn’t give the footsies at the end of their leggies soresies. An internet trawl turned up Forbo’s ‘flocked’ Flotex; its highly dense surface pile, impermeable PVC backing and hell, name, helped Claire and Wayne ‘clean right down to the base…which meant we could get the chicks back on it in no time.’ All tickety-boo for the birds, but for the poo-cleaning pair, it’s surely an avian take on the Task of Sisyphus? 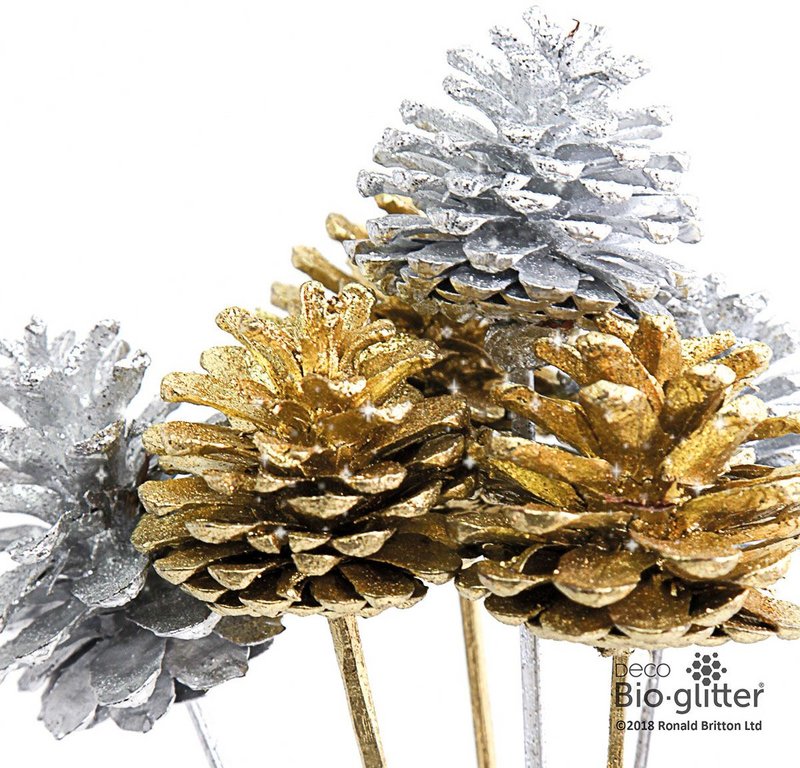 Glitter ball
I felt mildly depressed last month to see John Lewis’ Christmas floor blazing away festively while it was 23ºC outside. But while, like God, we rely on Never Knowingly Undersold to tell us when it’s Christmas, unlike him they can’t control the weather. However, the IPCC report on climate change suggests WE can. As a first step, we can get some seasonal guilt-free glamour with Ronald Britton’s ‘Deco Bioglitter’ – ‘an eco-friendly alternative to microplastic-based glitter.’ It uses ‘a form of cellulose… made primarily from Eucalyptus’. So instead of just paying lip-service to global climate change, remember;  this Christmas you can spray it as well as say it